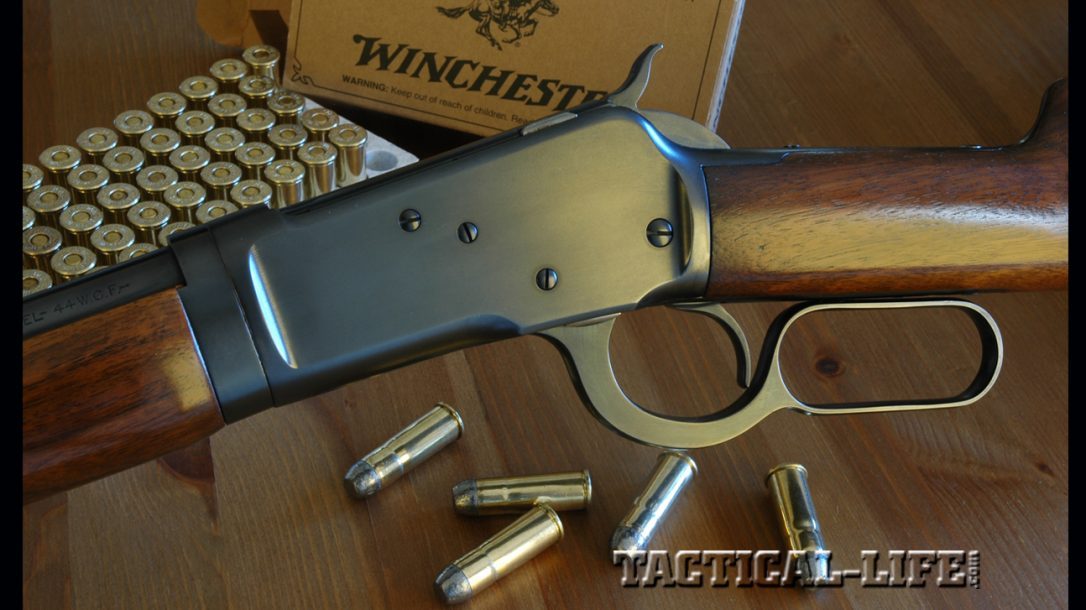 During the Atlanta campaign of 1864, a Confederate soldier told of his capture: “One of your men, in retreating [faced us four soldiers and fired] simultaneously with us. One of our group fell dead … The rest of us proceeded to load, when he fired twice in quick succession, killing two more of my comrades. At this point, I had my gun loaded and had a cap in my fingers [but] I dropped both … Sir, there is no use in the South fighting men armed as yours are armed.”

Union Captain Wilson of the 12th Kentucky Cavalry also found a repeating rifle helpful. One day as he sat at dinner with his family, seven Confederate guerillas burst in. He pleaded with them to “take me outside.” They consented. But at the door, Wilson raced for the corn-crib and came up shooting. He killed five guerillas with five shots. The survivors ran for their horses, one losing fingers to a sixth bullet as he grabbed the saddle horn. Wilson dropped him with his seventh shot, the remaining man with his eighth.

Such was the South’s introduction to the Henry rifle. It had started at the New York workbench of inventor Walter Hunt. His “Volitional” repeater used external primers. Though unreliable, it had a novel tubular magazine and a cycling lever that would redefine hunting rifles forever. After Lewis Jennings, Horace Smith and Daniel Wesson improved on Hunt’s design, Oliver Winchester bought what had become the Volcanic Arms Company and hired B. Tyler Henry to apply his talents. In 1860 Henry earned a patent for a 15-shot lever-action in .44 rimfire. It was quirky, underpowered and prone to leak gas. But, Winchester declared, “it can be fired fifteen times in ten seconds….”

The Henry’s .44 rimfire round didn’t upend big animals. Its 216-grain bullet, pushed by 26 grains of blackpowder to 1,025 fps, packed less energy than does a 180-grain bullet in a short .357 handgun! The .30-30 hits harder at 350 yards than did the .44 Henry at the muzzle! Nelson King added a loading port to the Henry’s receiver. The resulting Model 1866 was the first rifle built by the Winchester Repeating Arms Company. It featured a lighter 200-grain .44 bullet and a stiffer 28-grain powder charge.

The Winchester Model 1873 that followed was an improved Model 1866. It chambered the .44-40 cartridge, Winchester’s first centerfire. A 40-grain charge launched a 200-grain bullet at 1,200 fps. In 1878 Colt offered its 1873 Single Action Army revolver in .44-40. Packing one type of ammo that worked in both a rifle and a revolver eliminated mix-ups. In a tight spot, you could load either gun. William F. Cody sent the following note from Nebraska in 1875. “For general hunting or Indian fighting I pronounce your improved Winchester [’73] the boss…” Bear hunting in the Black Hills, he wrote of stopping a charge: “Before he could reach me I had 11 bullets in him, which was a little more lead than he could comfortably digest…”

Carried by bandits and murderers, Texas Rangers and the RCMP, lever rifles in .44-40 rode in the scabbards of scouts and in the wagon boxes of sheepherders. It has been said that “The .44-40 has killed more people, good and bad, than any other commercial cartridge.” Given its long service in lawless environs, that’s a credible claim. The Winchester 1873 traveled widely abroad, serving homesteaders and military units in countries as yet untouched by civilization.

Repeaters With Punch
The popular .44-40 had limited reach. For added pop, Winchester chambered the ’73’s long-action sequel—the Model 1876—to .45-75 WCF. The ’76 would be the last direct descendant of the Hunt repeater. Meanwhile, a bright young gunsmith in Ogden, Utah, was designing a single-shot rifle. In 1883, Winch­es­­­­ter salesman Andrew McAusland came across a used Browning. Impressed, he sent the gun to New Haven. Company vice president Thomas Bennett booked quick passage

Hammerless!
The last great lever-gun inventor of the 19th century, Arthur Savage, established a cattle ranch in Australia, ran a coffee plantation in Jamaica and designed a torpedo. In 1892, at age 35, he developed his hammerless repeating rifle. It was the first lever-action with a coiled mainspring. The “Savage No. 1” had an eight-shot spool magazine. When in U.S. Ordnance trials, Savage’s rifle lost out to the Krag-Jorgensen bolt-action, he designed a trim version for sportsmen. The Savage Arms Company emerged in Utica, NY, in 1894. The next year, it announced an improved rifle with a new cartridge: the .303 Savage. Firing a190-grain bullet at just over 2,000 fps, the .303 shot flatter than the .45-70 and gave deeper penetration. A Canadian hunter claimed 18 kills (including grizzlies) with 20 cartridges! For more on Savage’s creations, check out the May issue of RF mag.

Not until 1955 was the Savage 99 joined by another hammerless lever rifle. Winchester’s Model 88 had a one-piece stock, a detachable box magazine and a rotating, three-lug, front-locking bolt. Trigger and lever stayed together in a 60-degree throw. In 1956, Winchester added the .243 and .358 to the charter .308 chambering. The .284 arrived in 1963, a year after the .358 left the list. At 6.5 pounds with a 22-inch barrel, the 88 appealed to hunters who wanted a lever rifle with reach. An 88 carbine with a 19-inch barrel appeared in 1968. The last year of manufacture for both versions was 1973. Similar in form and design to the 88, the Sako Finnwolf arrived in 1962. It survived for only 12 years. The Riihimaki plant in Finland built 175 in 1982 for the Finnwolf Sako Collectors Association. Like the original, it came in .243 and .308. Early detachable boxes held four rounds; later the capacity dropped to three. The short production run and the high quality of Finnwolfs have made them collectibles. Owners say the Sakos cycle more smoothly and have better trigger pulls than Winchester 88s.

In 1969, Browning announced its BLR. Built in Belgium until 1973, this rifle shares features with the 88 and Finnwolf—namely, a rotating, front-locking bolt and a trigger pinned to the lever. Unlike the other two, however, the BLR has a two-piece stock and an exposed hammer. BLR manufacture moved to Miroku, Japan, in 1974. Two years later, Winchester’s .358 joined the charter .308 and .243 chamberings. Renamed the BLR 81 in 1981, this rifle got a long action a decade later, for the .270, .30-06 and 7mm Remington Magnum.

Renewed interest in lever rifles has resurrected traditional models and prompted small shops like Wild West Guns to build specialty rifles. Alas, the production costs of lever rifles have risen relative to those of bolt guns—and prices of used lever-actions have risen apace. If you haven’t thumbed a hammer lately, or run a steel loop to shuck smoking empties, isn’t it about time you reacquainted yourself with the lever-action rifle? 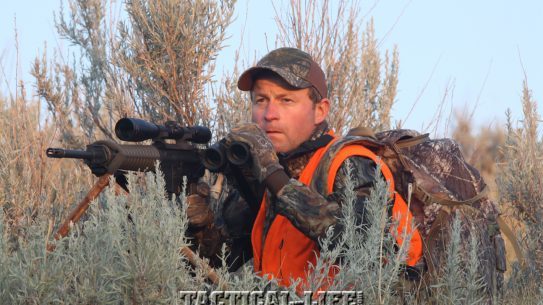 Fire In The Hole

During the Atlanta campaign of 1864, a Confederate soldier told of his capture: “One…