0
SHARES
0
VIEWS
Share on FacebookShare on Twitter
Nosler uses the same model 48 action on their Trophy Grade rifle as is used on all their other custom rifles.

If you’re a rifleman at heart, you’ve probably longed for a custom rifle of some sort. Something a bit different than the average, run-of-the-mill Model 700 or Model 70. Something chambered for a cool cartridge or maybe something completely resistant to the elements. Nosler’s new Model 48 Trophy Grade Rifle might be just what you are looking for, and at an affordable price. 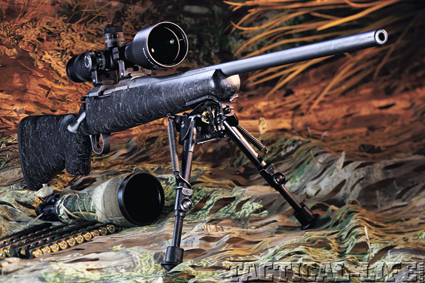 To a true rifleman, looks aren’t everything, but they are important—and Nosler’s Trophy Grade Rifle is indeed a good-looking rifle.

A few years back, Nosler introduced a custom rifle. This was a surprise to many. After all, Nosler makes bullets, right? True. Nosler does make bullets—some of the best hunting bullets in the world. But the folks at Nosler knew they had an extremely loyal customer base and they also gambled that hunters wanted a custom-grade rifle without the full custom price and long wait often associated with that type of purchase. The bet paid off; the limited edition Nosler Custom rifle was well received.

However, a lot of hunters don’t want to carry a rifle that exquisite into the timber, so Nosler began offering less expensive models that were based on the same action used on their Custom Rifle. They now have five: the Custom, Custom Sporter, Legacy, Varmint and the latest addition is the Trophy Grade. 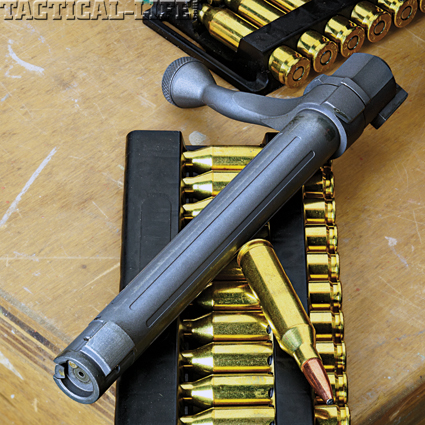 The bolt action used on the Trophy Grade Rifle has two forward locking lugs, a Sako style extractor and a plunger ejector.