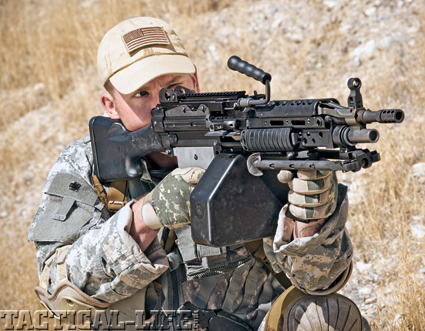 Although originally designed to be used primarily from a prone position, the MK46 and its other configurations can be shoulder-fired with ease. For a light machine gun, recoil is noticeably lighter and the weapon is easy to keep on target with help from a vertical foregrip.

My spare time over the years has often been occupied with the restoration of old cars, and on occasion, old firearms. Locating parts for either can be a nightmare. Sometimes you can adapt another existing part, but at times you simply have to make it or have it made. Unless you have a machine shop at your disposal, it can be problematic. There are places that specialize in these rebuild issues that can be very helpful. 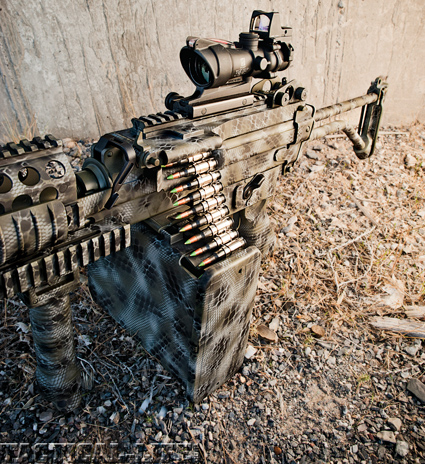 MGA’s lighter and more portable MK46 configuration feeds from a reliable 200-round box mag, which provides a significant advantage on the battlefield or emergency SWAT situation.

The U.S. Machine Gun Armory (MGA) is one of those firms that specializes in making parts that can no longer be found, in their case primarily for military equipment. They are comprised of engineers, machinists and a few scientists that design and manufacture parts for in-service weaponry or other equipment that is no longer supported by the manufacturer. They also build parts that are stronger and/or improved over the original design by utilizing more modern manufacturing and design. 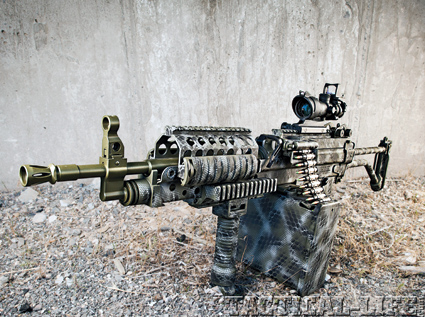 Military aircraft is a field where this is prevalent. The actual service life on many military aircraft extends many years, sometimes beyond the existence of its original manufacturer. Another area where this can be an issue is small arms. As companies create their “new and improved” version, they often drop support for long-existing weapons that are still in service, many times after these weapons have been selected by police departments. In many cases, an agency will simply not want to make a change given that system has been working for so many years. As much as the market loves to change things out every year, police departments may just not be able to. So, they have to keep things running. One of those weapons is the M249 SAW and its variants. 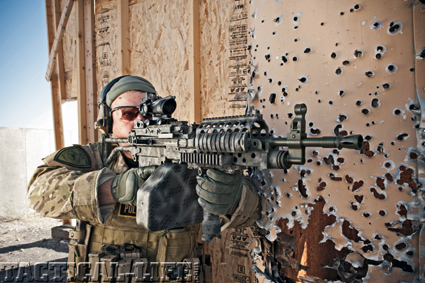 Although originally designed to be used primarily from a prone position, the MK46 and…