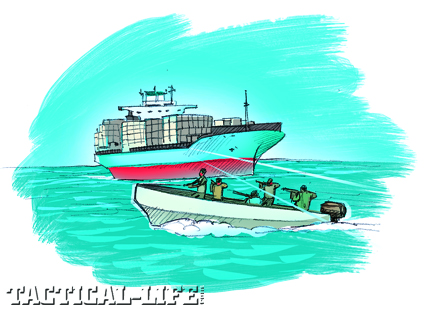 Following the first attack, the Maersk Alabama hired armed private security contractors to man the vessel to repel future attacks. In mid-November, just seven months after they were seized by pirates the first time around, the men of the Maersk Alabama repelled an attack by an untold number of pirates. The men used a combination of small arms fire and a sound blaster to ultimately drive the pirates out of Dodge.

The presence of armed private citizens defending themselves from lawless pirates has somehow offended the sensibilities of the U.N.’s Maritime Safety Committee. The committee “strongly discourages the carrying of guns and use of firearms by seafarers for personal protection or for the protection of a ship.” Apparently, the U.N. Committee feels it much more sporting to surrender life and property when a pirate so requests.

According to U.N. estimates given by a gen-u-wine U.N. diplomat, Somali pirates currently hold 11 ships and 254 crewmembers captive. The U.N. has made no effort, other than issue official statements, to staunch the flow of attacks coming out of Somalia. U.N.-provided data also indicates that pirate attacks are at an all-time high and rising. 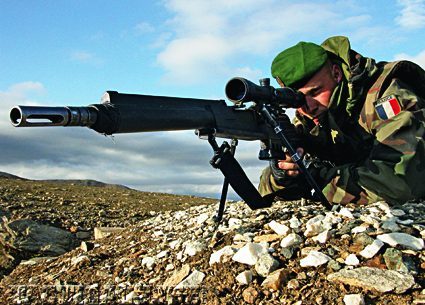 Best of the Bolts