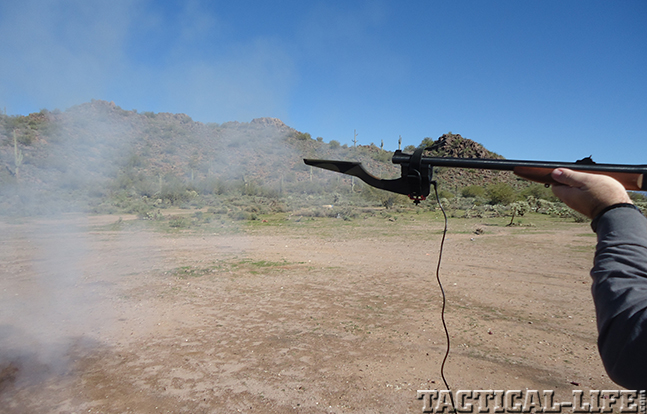 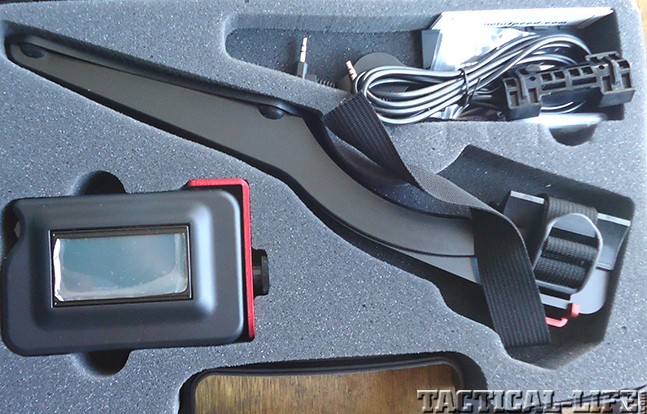 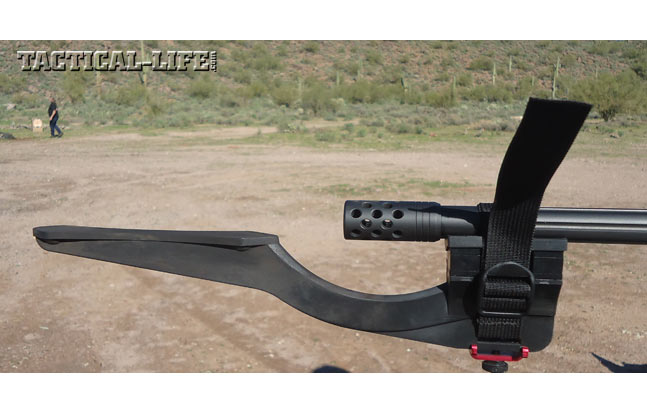 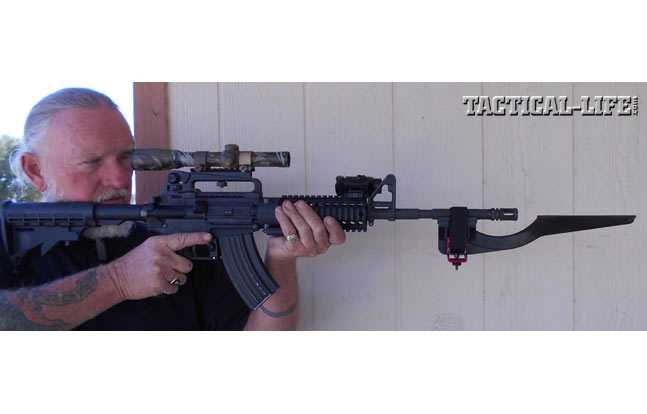 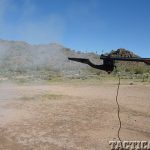 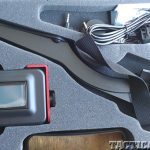 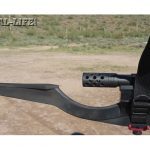 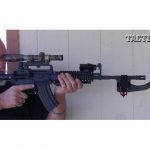 Ever since the invention of the gun, there have been those curious about how fast a bullet travels. Various governments wanted the best and most modern weapons because they understood that was a major factor in winning battles. They needed ways to measure the velocity and trajectory of projectiles. The science of ballistics goes back hundreds of years, with experiments in the 1500s. However, they didn’t have a way of measuring projectile speed until 1742, when Benjamin Robbins invented a way to calculate bullet velocity and recoil using a pendulum system. It sat on a tripod and used pendulums and a ribbon to determine the velocity. While it worked, it was slow and cumbersome.

Later on, developers came out with chronographs that used aluminum foil screens as start and stop points for determining velocity. While they were ahead of the older models, they still left something to be desired. In the 1970s, companies started to come out with more modern models. My first chronograph was an Oehler Model 33 that I bought around 1980. While it worked, the screens had to be 10 feet apart when measuring rifle velocities, which could be a bit of a pain. I bought a 12-foot-long 2×4 and cut slots for my screens exactly 10 feet apart. I used two sawhorses to hold up this gadget. For slower-velocity handguns, you could set the screens 2 feet apart using an adjustment inside the unit. It was crude by today’s standards, but it worked.

As newer chronographs came out, I obtained different models with greater calculation abilities, and all the screens were 2 feet apart. While they were faster to use, they all had one problem in common. If the light outside is too bright or dark, they simply don’t work. The chronograph’s “eye” can’t see the bullet, so you can’t get any readings. You can put coverings over them, or you can wait for a cloudy day, which can be annoying and a waste of time. Another problem with screens is the tendency to shoot them. Many shooters tend to shoot close to the screens to obtain readings, but if you are careless, you just bought a screen or two.

But now it seems that my prayers have been answered. I recently came across a unit that is well ahead of the conventional units out there.  It’s called the MagnetoSpeed, and it is very different than anything out there that I am aware of. This chronograph mounts on the barrel of your gun with various spacers so you don’t accidentally shoot the unit. The company claims it will work in any lighting condition because the MagnetoSpeed uses magnetic sensor technology, which eliminates the need for lighting altogether. There are a couple of magnets along the sensor. After the bullet passes over the magnets, the velocity information is transferred to the computer unit.

“I tested the V1 with various guns, from blackpowder rifles to a .300 Winchester Magnum. … It worked with everything …”

Since this is a completely new system, it took me a little time to get it set up. The sensor, which is called a “bayonet” because of how it looks, is attached to the gun by a strap with spacers, which varies from gun to gun. You also have to make sure that the MagnetoSpeed bayonet is out of the line of fire to prevent shooting it. The unit comes with a tool to help to prevent any mishaps along those lines—it shows that the bayonet is out of the line of fire. The bullet travels very close to the sensor to obtain the readings.  It does take some time to hook the sensor up to a gun, but once you get used to it, the process moves along a little faster. You can also remove the bolt and look down the barrel to make sure the bayonet isn’t in the line of fire.

A wire connects the bayonet sensor to the computer/display unit to record the shots. After you fire, the reading shows on the display unit along with the number of shots and the standard deviation (SD) or extreme spread (ES), depending on how you have it set up. The unit will also ask you to put in the type of bullet—copper-jacketed or lead—you are using, which aids in getting the readings.

The numbers on the display are easy to see, with the usual calculations. There is a button on the side to select various functions and options. I like that you can edit out a shot if it gives you a weird reading for some reason. That way you can get rid of it and have more accurate results. The MagnetoSpeed kit I tested comes in a nice carrying case with the display unit, a retractable connection cable, a 6-foot standard connection cable, a red anodized aluminum kickstand/belt clip, thick and thin rubber V-block spacers, a Micro SD card for recording results with an adapter, the bayonet sensor, instructions, the alignment rod and a heavy-duty strap with a thumbscrew adjustment knob for securing the bayonet to the barrel.

MagnetoSpeed offers three versions of the system. The V1 works on barrels up to 1 inch in diameter with brakes and flash suppressors up to 2.5 inches long. The V2 model works for barrels up to 2 inches in diameter with flash suppressors and muzzle brakes up to 3 inches long. And RF just learned of the new V3 that sports several enhancements, including a redesigned bayonet and the ability to read the speed of air gun pellets. I tested the V1 with various guns, from blackpowder rifles to a .300 Winchester Magnum. It worked with everything, but you do have to wipe off the sensor with a damp cloth, especially with the blackpowder loads. I had no problems obtaining readings, unlike various other units I’ve used throughout the years. I didn’t have to worry about the light outside, which is a major bonus. There is also no need for a tripod, which makes it more convenient to transport and set up. Since it attaches to the gun barrel, it doesn’t work on most semi-auto handguns. Short-barreled revolvers and derringers can also be a problem to use with this chronograph.

“This chronograph mounts on the barrel of your gun with various spacers so you don’t accidentally shoot the unit.”

Care must also be taken to properly secure the bayonet to the barrel—I can’t emphasize this enough. Failure to do so will cause it to slip and possibly be damaged by a bullet.

Since the AR and AK platforms are so dominant on the shooting scene, it seemed important to make sure the V1 would work installed on each of them, and it performed with flying colors. 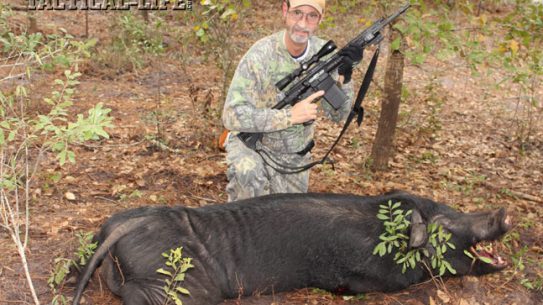 The all new accurate, piston-driven Ruger SR-762 .308 packs the terminal punch to take...