The principal threat to U.S., coalition and Afghan security forces “will continue to remain in the south and in the east” near the border with Pakistan, Navy Adm. Mike Mullen, chairman of the Joint Chiefs of Staff, told members of the Senate Foreign Relations Committee.

Army Gen. Stanley A. McChrystal, the top U.S. and NATO commander in Afghanistan, will look to NATO forces to handle the bulk of operations in the north and west, Mullen said. McChrystal’s main effort is in the south “That really is where he will focus most of his troops, supported by his efforts in the east,” he told the senators.

McChrystal will use the 30,000 additional troops to secure key population centers, Mullen said, while taking steps to reduce civilian casualties during anti-insurgent operations and leveraging partnerships with and increasing training of Afghan security forces.

“So, those are fundamental shifts to get at achieving the success that I think is possible with these additional forces,” Mullen said.

Meanwhile, the improvised explosive device remains the weapon of choice of insurgent groups in Afghanistan, Mullen said, noting many of the makeshift bombs are fabricated in Afghanistan.

After his testimony before the Senate committee, Mullen appeared before the House Armed Services Committee, where he told legislators that the military would know by July 2011 whether or not the revised Afghanistan strategy was achieving the desired results.

July 2011 is a nonarbitrary date “where we will know, certainly, whether we are succeeding or not in Afghanistan with this strategy,” Mullen told House legislators. About 10,000 Marines, the admiral noted, were deployed to Helmand province in southern Afghanistan last July.

After three years, U.S. authorities will “really be able to assess … how they’re doing and where this is going,” Mullen said of the Marine contingent in Helmand province.

A major assessment of U.S. operations in Afghanistan will occur about a year from now, Mullen told the House committee, noting that review will look at what happened over the previous 12 months and recommend any changes or adjustments.

Mullen also saluted President Barack Obama’s decision to increase U.S. troop strength in Afghanistan from 68,000 to about 100,000 servicemembers. Obama’s “decision to commit the forces is one of very, very strong resolve to turn this around,” he said.

At the same time, Mullen added, the Afghan government must step up so that its soldiers and police eventually can take the lead for the country’s security. 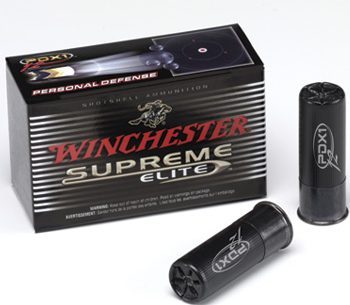 WASHINGTON– Many of the extra 30,000 U.S. forces deployed to Afghanistan in the coming…