The Marine Corps could be ready to order large quantities of the front-runner in its infantry automatic rifle competition this fall, but only if the commandant is convinced it’s a good idea.

The weapon has been in operational testing since January, and Marine officials overseeing the program hope “to get a full-rate production decision” once the results are reviewed, said Col. Andrew Bianca, head of infantry weapons acquisition at Marine Corps Systems Command.

Speaking to defense contractors April 6 in Baltimore, Bianca said the IAR’s development hinges in part on whether “everything works out” during testing.

“One of the big things that we’ve been doing — and most of you have probably read about it — is the infantry automatic rifle,” he told the group, gathered at SysCom’s 2010 Advanced Planning Brief to Industry.

“It’s a look at going back to the true automatic rifle and replacing the [M249] squad automatic weapon within the infantry squads and the light-armored reconnaissance scout teams.”

A decision to field the 5.56mm auto-rifle won’t be made unless Commandant Gen. James Conway is “satisfied that the IAR is the right weapon for the Marine Corps,” said Barbara Hamby, a SysCom spokeswoman.

Development of the 5.56mm IAR has been ongoing for years and widely discussed throughout the Corps. Marine officials intend to buy about 4,100 auto-rifles while reducing the number of SAWs from 11,381 to about 8,000.

PROS AND CONS
Conway has said that reducing the number of belt-fed, 5.56mm SAWs and their 200-round firepower could hurt a small unit’s ability to establish fire superiority.

Proponents of the auto-rifle program say its lightweight, 12½-pound design will improve accuracy, especially while on the move in a firefight. But some grunts worry about trading in the SAW for a rifle with a 30-round magazine.

Conway told reporters in December that replacing the SAW would be difficult in part because the weapon gives Marines a psychological advantage. Another hurdle, he said, would be convincing Congress to fund the IAR while the Army continues using the SAW.

“It’s a big deal when you start changing how a Marine infantry squad fights,” Conway said. “I’m going to have to be convinced that we’re making the right move before we start to purchase another system and change that whole dynamic.”

Marine officials are now testing Heckler & Koch’s IAR, after selecting it as its preferred option in October and ordering 24 additional weapons for testing. It beat out three other finalists, including two models from Colt Defense LLC, maker of the M4 carbine, and one from FN Herstal, maker of the SAW. The H&K model is a variant of its HK416 assault rifle, which uses a spring-buffered short-stroke gas piston system, and is the sole finalist that fires only from the closed-bolt position.

Testing has taken place in a variety of austere conditions and will continue through June. The results will be analyzed before any decision is made, and reviewed by both Conway and Brig. Gen. Michael Brogan, SysCom’s commander. 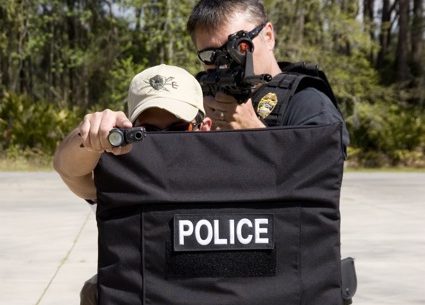