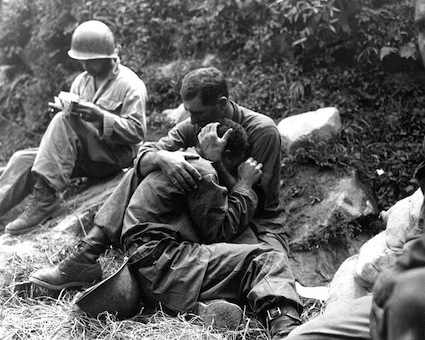 A grief stricken American infantryman whose friend has been killed in action is comforted by another soldier. In the background a corpsman methodically fills out casualty tags, Haktong-ni area, Korea. August 28, 1950. Sfc. Al Chang. (Army)

The remains of a Brunswick serviceman, missing in action from the Korean War, have been identified.

Marine Cpl. Clarence Huff Jr., 20, of Brunswick, will be buried with full military honors on Aug. 15 at 11 a.m. in the Ohio Western Reserve National Cemetery in Seville.

In late Nov. 1950, Huff and the I Company, 3rd Battalion, 5th Marine Regiment, 1st Marine Division, came under attack as they withdrew from the Chosin Reservoir to Hagaru-ri, South Korea.

Huff was reported missing in action a few days after the attack.

In 1954, during Operation Glory, China turned over remains of U.S. servicemen who died in the Korean War. At the time, the U.S. Army’s Central Identification Unit was unable to identify Huff and his remains were buried as “unknown” at the National Memorial Cemetery of the Pacific in Honolulu. 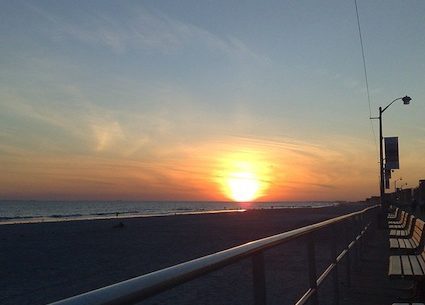