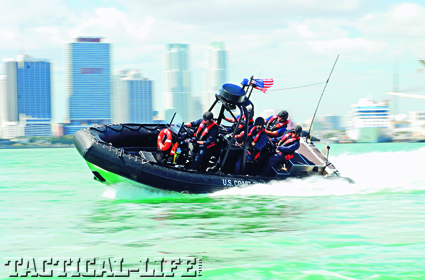 On September 11th, 2001 the Katherine Walker and her crew found themselves as the largest U.S. military vessel in New York harbor. As the City was attacked, the Katherine Walker became the on-scene commander for all waterway activities occurring around New York City. As her former commanding officer, then Lieutenant Steven Witrock once told me, “we were it for over 24 hours.”

A buoy tender by design with a compliment of small arms—Beretta M9s, M16s and a .50-caliber machine gun—the Katherine Walker was the biggest U.S. military presence during the largest attack on our nation.  September 11, 2001 changed our nation and the Coast Guard.

The USCG is the unique fifth branch of the U.S. military and it was created on August 4, 1790 by Treasury Secretary Alexander Hamilton. Hamilton is regarded as the “Father of the Coast Guard” and convinced Congress to authorize the construction of vessels to enforce tariff/trade laws and prevent smuggling. This new organization was called the Revenue Service or Revenue Cutter Service, with law enforcement as its primary mission.

In 1915, the Revenue Cutter Service merged with the Life-Saving Service and became the Coast Guard, creating a single maritime service dedicated to saving life at sea and enforcing the nation’s maritime laws. In 1939 and 1942 respectively, the Lighthouse Service and Bureau of Marine Inspection/Navigation were also transferred to the Guard, making aides to navigation and merchant marine licensing/vessel safety new missions. The Coast Guard was the nation’s only armed maritime force until the Navy Department was established in 1798.

The Homeland Security Act of ‘03 moved the Coast Guard to the Department of Homeland Security, operationally aligning it for its increased post-911 missions. As the Coast Guard grew and absorbed more maritime duties, it became a multi-mission military service. With just more than 42,000 members (the size of the NYPD), an integrated Reserve of 8,000 and an active volunteer Auxiliary, the Coast Guard heavily depends on the skills, expertise and dedication of its members to accomplish its missions. 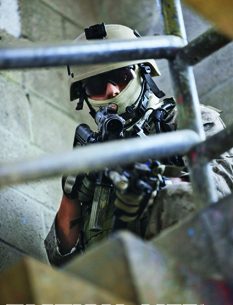 The U.S. Coast Guard Cutter Katherine Walker (WLM 552), know as the “Keeper of…