Lewis Machine & Tool (LMT) made waves a few years ago by creating its .308 Modular Weapon System (MWS) AR-platform rifle, or LM308MWS, which was picked up by the British military to issue to its troops.

In another attempt to upgrade the AR platform, LMT has created the Modular Ambidextrous Rifle System, or MARS, which features identical controls on both sides of the receiver for right- and left-handed shooters.

The magazine release buttons on both sides feature “fences” so it’s much harder for operators to accidentally drop a magazine in a firefight. The bolt catch/release on the right side allows right-handed shooters to lock the bolt back and release it with just the trigger finger—a very handy advantage for end-users.

Other features include a SOPMOD collapsible stock and LMT’s “slick” handguard, which sports a long Picatinny top rail and is drilled and tapped along the sides and bottom for adding accessory rails where needed. 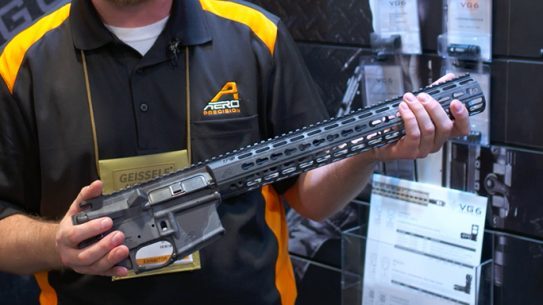