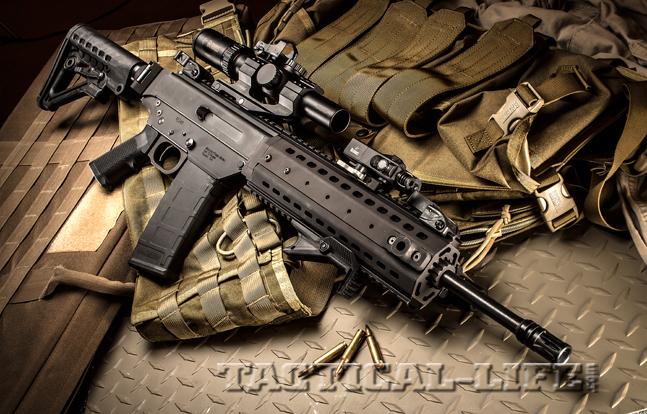 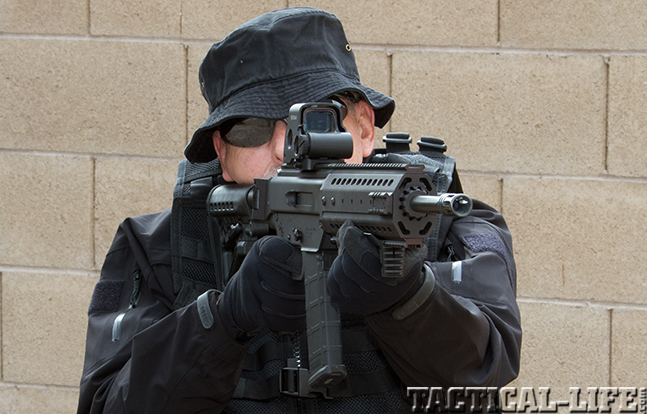 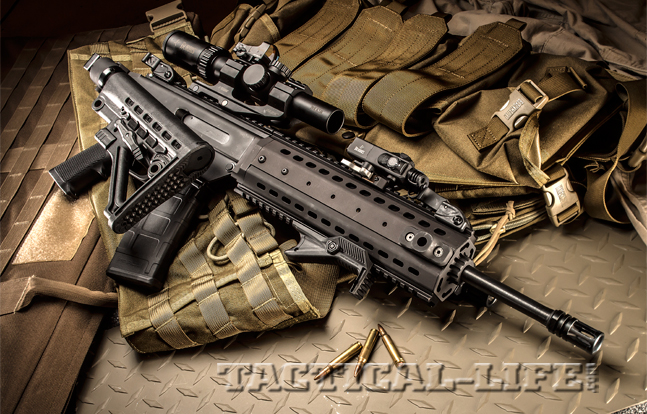 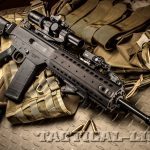 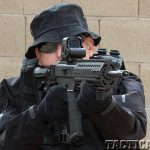 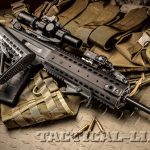 Budgets are nearly always a concern, so law enforcement agencies often look for ways to save money while securing products that serve their needs. If an agency has budgetary constraints and is looking for a carbine chambered in 5.56mm NATO, the MPAR556, a new gun produced by Masterpiece Arms, might be of interest.

With a price of only $950, the MPAR556’s price comes in below the mystical $1,000 figure that is a psychological barrier for some. The price is a bit surprising considering the MPAR556 is a piston-driven gun, which always seem to be more expensive than direct gas impingement models. Much of the price savings can be attributed to the fact that although the MPAR556 looks a bit like an AR, the design and manufacturing methods are quite different.

Starting at the front, the MPAR556’s muzzle device is what appears to be an A2-style flash suppressor that is threaded to the slim-profile, black-phosphate-finished barrel, which is rifled with a 1-in-9-inch twist rate. The black, two-piece, sheet-aluminum handguard’s top and bottom halves are held together with a series of hex screws, and it’s vented for cooling. However, the owner’s manual cautions that the handguard will get hot during sustained rapid fire, so gloves or a vertical foregrip should be used.

Attached with screws, accessory rails run the length of the 10-inch handguard at the 6 and 12 o’clock positions. A short 2-inch rail is attached with screws to the front of the handguard at the 3 o’clock position, and at the 9 o’clock position is a quick-detach sling swivel socket. An angled polymer foregrip comes attached to the bottom rail of the MPAR556. Another rail mates with the upper handguard rail and runs from the front of the receiver to its rear. Rails can be added at various positions to attach tactical accessories like lights and lasers, which are important in police work.

The top rail is suitable for mounting optics, iron sights or other accessories, but mounts should be carefully checked and tested before use because the ridges that form the slots in the rails do not run uninterrupted from side to side. They are present only on the edges, so some MIL-STD-1913 rail mounts, such the excellent ones from LaRue Tactical, will not work.

Both the upper and lower receivers are made from sheet steel that has been finished with an evenly applied black phosphate. The magazine well is beveled to encourage fast magazine changes, and the magazine release is located in the same relative place as an AR-15’s. The owner’s manual cautions that although the gun is designed to be compatible with all AR-15 magazines, some will not drop free due to variations in manufacturing tolerances. The owner should test the magazines he or she intends to use before putting them into service.

The safety selector on the MPAR556 is also located in the same relative place as one on an AR-15s—the left side, just above the pistol grip. It was easy and positive to operate. The pistol grip appears to be a standard A2-style unit, and the triggerguard is fixed, not hinged like the one on a standard AR-15. The test gun’s two-stage trigger broke at about 8 pounds.

A very nice feature of the MPAR556 is its telescoping and side-folding buttstock, which allows the gun to be fired when folded. The receiver extension appears to be a six-position AR-15, commercial-diameter unit, and the buttstock has four quick-detach sling swivel sockets.

Internally, the operating system is quite different from a direct-impingement AR-15 and features a side-mounted charging handle. In contrast to the AR-15’s, the non-reciprocating MPAR charging handle allows the right-handed shooter to manipulate it without having to move the gun from the shoulder or remove his hand from the pistol grip. It also serves as a bolt forward assist.

“Shooting the gun off-hand in tactical drills proved that it was quick to get on target with very manageable recoil, making follow-up shots fast and accurate.”

The upper receiver’s ejection port has no dust cover. Inside the upper, the bolt carrier group rides on two guide rods that also support two recoil springs. The bolt carrier houses the rotating bolt, with its triangular-shaped head that forms three delta-shaped locking lugs. At the rear of the recoil spring guides is a recoil plate that holds a polymer and rubber recoil buffer designed to attenuate the recoil pulse generated when the bolt carrier hits the end of its rearward movement.

The piston system could be described as an “inverted piston,” since a conventional piston is usually the part that reciprocates, at least that is the way it is in an internal combustion engine. In the MPAR556, the cylinder is actually a three-piece unit consisting of the cylinder, a connecting part that sits between the cylinder and the operating rod, which contacts the bolt carrier group. A spring surrounding the operating rod keeps the piston in the forward position when the bolt is retracted. Two extra operating rod springs are supplied because heat will eventually wear them out.

According to Phil Cashin of Masterpiece Arms, the MPAR556 runs for a remarkably long time without cleaning. Disassembly for cleaning, however, is not a simple process, but it is interesting. After making absolutely certain that the firearm is unloaded, a safety pin is easily pulled from the rear of the scope rail. Then the metal tab of the recoil plate at the rear of the receiver can be pushed towards the muzzle, which allows the lower receiver to rotate downward. The bolt carrier group—which includes the recoil plate, recoil springs, recoil spring guide rods, bolt carrier, firing pin and bolt—is then removed from the back of the receiver.

To remove the extractor from the bolt, the extractor pin must be driven out with a roll pin punch and hammer. The extractor, extractor spring and elastomer insert can them be separated from the bolt. At this point, the MPAR556 is field-stripped and ready for cleaning. Assembly is in reverse order, but the cam pin must be installed correctly to prevent malfunctions. It would be easy to install improperly, so the manual urges caution.

My test sample proved to be pretty accurate, especially for a piston gun without a free-floating barrel. After mounting a Burris Signature Select 3-10x40mm scope, I tested the gun for accuracy at 100 yards from a benchrest. The MPAR556 is not built to be a precision rifle, but of the three loads tested, the best delivered groups that averaged less than 2 inches. Although the owner’s manual indicates that the lifetime warranty that accompanies this gun is void if steel-cased ammunition is used, Hornady Steel Case Match ammunition delivered the best groups of the test and did not appear to cause any problems. Of course, this ammunition is of a higher quality than some other steel-cased ammunition that is imported from unknown or questionable sources.

Shooting the gun off-hand in tactical drills proved that it was quick to get on target with very manageable recoil, making follow-up shots fast and accurate. The owner’s manual is correct about the handguard getting hot during sustained rapid-fire drills. The newest models feature a bolt-hold-open device that can be retrofitted to older models, but the test gun was not fitted with one.

The law enforcement agency that is looking for a piston-driven carbine chambered in 5.56mm NATO might consider this gun because of its economical price. Thorough testing and evaluation would be in order, as with any gun, to assure it meets the user’s specifications and needs. For more information, visit masterpiecearms.com or call 770-832-9430. 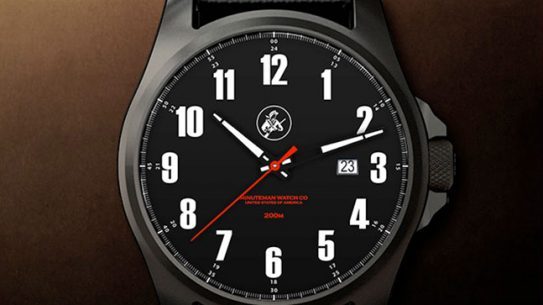 Minuteman Watches Gives 25 Percent of Profits Back to Veterans

Veterans and their families benefit from every single Minuteman watch that gets sold thanks...