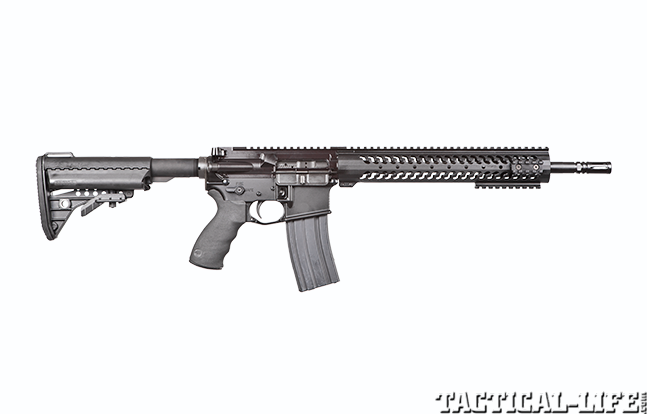 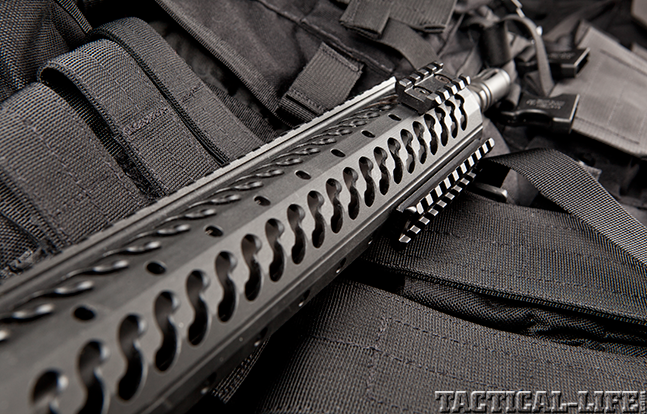 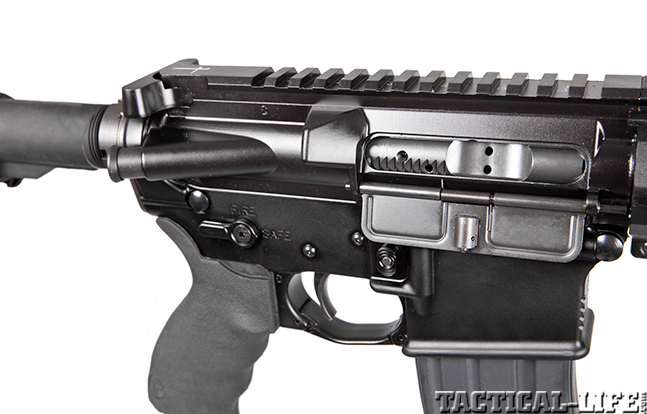 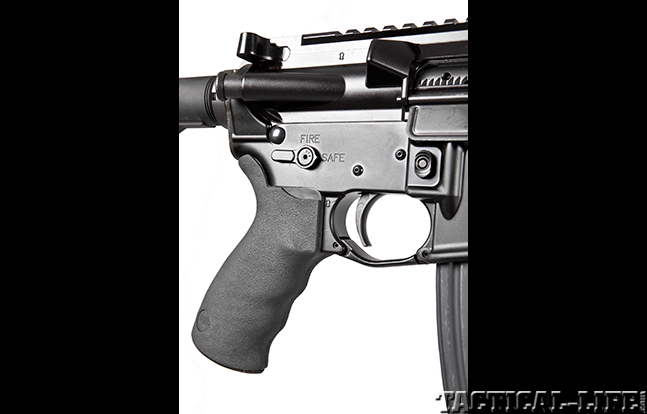 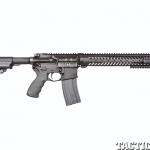 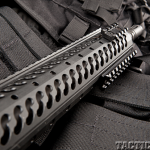 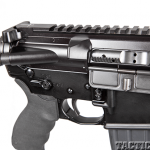 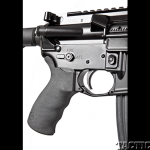 Humphries writes, “As with the Huldra Arms line, Korstog 5.56mm NATO products (both complete AR rifles and uppers) are produced by Adams Arms to the company’s specifications. The line includes the Brann, a straightforward M4-style carbine; the Jager, a high-end precision rifle; the Voli, a Magpul-enhanced, optics-ready carbine; and the Var, a finely equipped, duty-ready carbine. I recently had an opportunity to go hands on with a sample Var rifle.

“At its core, the Var immediately struck me as a 5.56mm NATO carbine equipped with top-end features for the discerning AR enthusiast. While the strength of the AR is its modular nature and a shooter’s ability to reconfigure it into numerous variations, there is undoubtedly a market or buyers who want an AR that is fully equipped with quality parts from the factory and ready for duty. I believe it is just this segment of the market to which the Var caters.

“The Var is designed to deliver extreme performance in as compact a package as possible (without running afoul of short-barreled rifle restrictions). The Melonite-coated, 5.56mm NATO-chambered barrel, manufactured from chrome-moly-vanadium 4150 steel and featuring a 1-in-7-inch twist rate, is 14.5 inches long. To bring the barrel up to a full 16-inch legal length, it has an A2-style muzzle brake/flash suppressor machined into its muzzle. Surrounding the barrel is a Samson Evolution Series free-floated handguard manufactured from 6061-T6 aluminum.”

To learn more, check out the October 2014 issue of SPECIAL WEAPONS FOR MILITARY & POLICE, available on newsstands and digitally Aug. 19, 2014. To subscribe, go to Tactical-Life.com/subscribe. 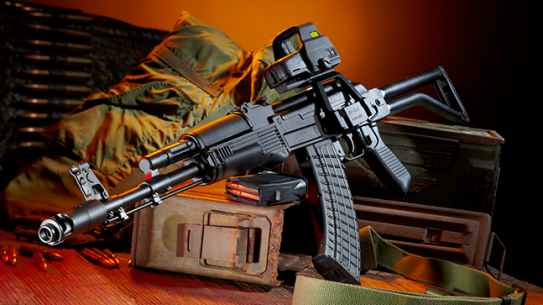 The classic Russian design represents a near perfect balance of affordability, reliability, simplicity and...