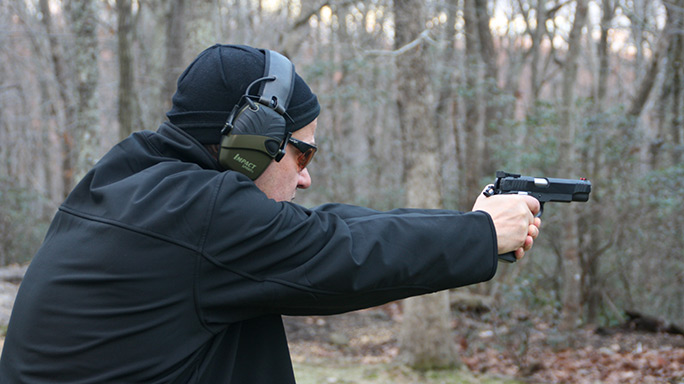 The author ran the race- ready MAC 3011 SSD hard at the range, and the gun performed admirably. There wasn’t a single malfunction.
Comment(s) 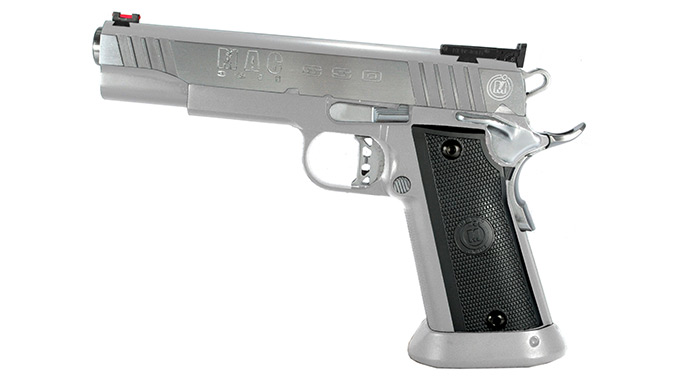 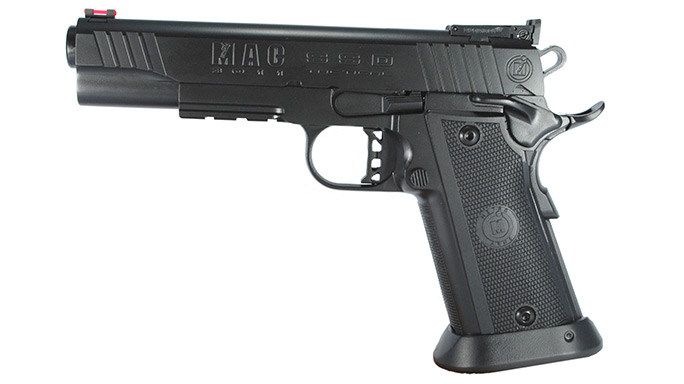 3 of 5
Metro Arms Introduces MAC 3011 SSD Pistol
The author ran the race- ready MAC 3011 SSD hard at the range, and the gun performed admirably. There wasn’t a single malfunction. 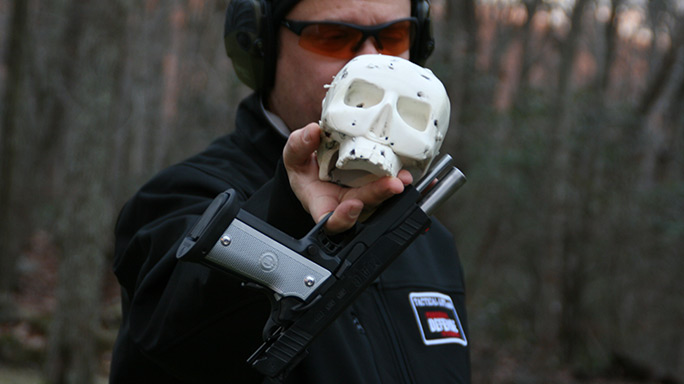 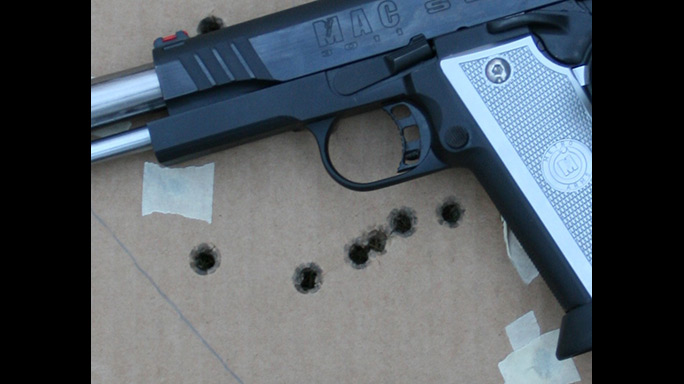 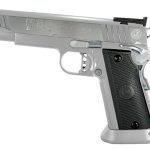 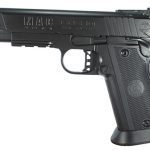 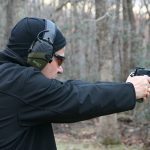 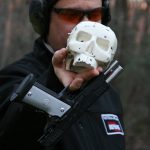 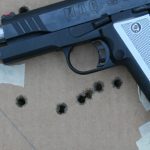 The MAC 3011 SSD (Standard Short Dust-cover) goes all in with a fistful of firepower in a high-capacity 1911 platform. Not only does the SSD come ready to rumble with a magazine capacity of 14 rounds of .45 ACP fuel, it is tricked out for competition with a heavy match-grade bull barrel, a gaping magazine well, a crisp tripper pull and sights that are super easy to acquire and keep on target. When I first picked up the SSD, I had one thought—ammo. I’m going to need lots of ammo.

Metro Arms’ MAC line of 1911s is relatively new to the U.S., but Metro Arms is not new to 1911s. Metro Arms Corporation in the Philippines came together under the watchful eye of former competitive shooter Hector Rodriguez. Rodriguez designs and builds classically styled 1911 pistols like the MAC 1911 series and the hardcore, competition-ready MAC 3011 wide-body 1911 pistols. Metro Arms’ facility uses the latest technologies and production equipment. Skilled craftsmen fit each gun by hand. The SSD was tightly fitted like a competition gun should be. All MAC pistols are completely manufactured from components made in the Philippines. Eagle Imports is the exclusive distributor of Metro Arms’ handguns, including the MAC 3011 SSD. Metro Arms strives to manufacture world-class handguns, and after spending time with the SSD, I certainly agree.

The SSD is an accurate 1911 outfitted with everything a competitive shooter would want, and it comes that way out of the box. The performance/value ratio of the SSD got my attention. The SSD is hundreds of (and in some cases over a thousand) dollars less than similar high-capacity 1911-platform pistols.

The SSD features a Series 70 mechanism. What’s not to like about a Series 70 1911? Series 70 systems do not have a firing-pin block. The SSD uses a heavy firing-pin spring to avoid an unwanted discharge if the pistol is accidentally dropped with a round in the chamber.

On the slide are coarse, angled serrations at the rear and near the muzzle end that afford a good purchase with dry or sweaty hands. The top of the slide is machined flat, and a red fiber-optic front sight is dovetailed into the slide. The rear sight is a BoMar-style unit that is fully adjustable using a flat blade screwdriver. The adjustments are precise and each increment is verified with a click. The adjustment directions are clearly marked for “up” and “left.” The rear face of the rear sight is flush with the rear of the slide, giving the maximum sight radius. It is also finely serrated to minimize any glare. Between the front sight sucking up light and the rear diminishing glare, target acquisition is quick. The SSD uses a bull barrel in lieu of a muzzle bushing. The stainless steel barrel is match grade with a polished ramp for enhanced reliability. When the slide in battery, the barrel does not wiggle. A solid guide rod is also used to enhance accuracy. The slide is constructed of 4140 hammer-forged steel with a lowered and flared ejection port that helps eject empties effortlessly.

The 4140 steel frame is like many wide-body, high-capacity 1911s. It is thicker at the slide rails than a typical single-stack 1911, and the grip flares out so it can accommodate the double-stack magazine. The slide stop is slightly inset into the receiver, which is a telltale clue that this 1911 holds more than seven or eight rounds. The slide stop is standard size and gives enough purchase to ride with the thumb of the non-shooting hand for a right-handed shooter. The extended thumb safety is ambidextrous and clicks confidently on and off and is easily manipulated even though the grip is wider than a single-stack 1911’s. My average-size hand had no issues with this wide body. The SSD sports an upswept beavertail and a good-sized speed bump so even a sloppy draw and grip will ensure the SSD will go bang when the trigger is pressed. The skeletonized hammer has fine serrations so your thumb won’t slip if you should choose to thumb it back. The steel mainspring housing has fine checkering that is not too aggressive; by the end of a match, your shooting hand won’t be irritated. The frontstrap offers the same fine checkering, which offers a good grip without biting into the hand. The checkered magazine release button protrudes a bit more than a typical 1911’s so it is easier to press to perform a quick reload. Metro Arms’ logo is tastefully engraved into the silver aluminum grip panels, which are checkered with the points of the checker diamonds knocked off. These grip panels provide a good grip without irritation during long training sessions or 200-round matches. Chrome hex screws secure the aluminum panels to the MAC 3011 SSD’s frame.

There was no slide-to-receiver movement to the SSD. This was one tight pistol. At first it took more effort to rack the slide, and I attributed that to the newness of the piece. Once I started to acclimate myself to the SSD, the slide required less and less effort until I didn’t notice any difference. At the butt is a metal, gaping magazine funnel that seems to provide suction whenever a loaded magazine is near it. Magazines fly into the magazine well and seat quickly and securely with minimal effort.

The skeletonized trigger has a nice curve to it, and the face of it is textured so your finger sticks to it even when the .45 is chewing through rounds at a fast clip. The overtravel can be adjusted via a screw in the trigger face. On average, the trigger broke cleanly at 4 pounds. There was about a 0.125 inches of take-up, then a crisp break to drop the hammer. The slide wears a deep blue finish while the receiver and controls all have a matte blue finish. The silver aluminum grips give the SSD a dramatic look.

The 14-round, double-stack magazine was fairly easy to load, with the last round taking more effort than the first 13. It uses a polymer follower and basepad, and it sits flush in the butt. Slapping the magazine home, I encountered only positive seating, and pressing the magazine release button saw the magazine fall freely from the gun.

I knew I would need extra ammo for the SSD because of the high-capacity magazine and because the pistol felt good in my hands. My gut told me that if this gun operated as good as it felt in my hands, I would want extra trigger time with it. Since the SSD is built for competition, I assembled a mixed lot of FMJ and semi-wadcutter (SWC) ammo. These were mostly factory loads and one handload.

For factory ammo I used Winchester’s new Win1911 ammo with a 230-grain FMJ bullet, which is specifically designed for use in 1911 platforms. I also used Hornady Steel Match rounds with 230-grain HAP (Hornady Action Pistol) bullets. The HAP bullet is modeled after the company’s XTP bullet except without folds and a cannelure, which help the XTP in expansion. The HAP bullet is built for competition. The third factory ammo was Black Hills’ new 230-grain FMJ. The reload was assembled using a 180-grain SWC bullet.

“Go big or go home” is an expression that came to mind after the first magazine of Black Hills ammo. Using a rest, the SSD punched a ragged hole in the cardboard at 25 yards. I fired at bullseye targets and plain D2-style tombstone targets. I like the tombstone targets since a fresh one (i.e., without bullet holes) offers no specific aiming point. It is up to the shooter to focus on the front sight and determine where the center is located. The red fiber-optic sight on the SSD helped with that. The first few holes in the tombstone provided enough of an aiming point that I poured the rest on, firing fast.

Static paper at a known distance can help identify the accuracy, consistency and performance of a pistol, but a moving target adds another dimension. Using an Impact Seal bouncing Bonehead target—it is molded like a human skull—I was able to see how the SSD performed dynamically. I tossed poor Yorick (yes, I named the skull) out to about 15 yards, and 14 rounds later Yorick was past the 25-yard marker when the SSD’s slide locked back after the last round. The Impact Seal target bounced erratically, and it took effort to stay ahead of it and to shoot it before it stopped moving. The SSD made the exercise easier to execute. The SSD and I owned it.

In the end, I would use any of the testing loads for competition. The SSD is an action-shooting pistol, not a Camp Perry bullseye gun. Metro Arms provides real out-of-the-box, competition-ready features in an SSD pistol for shooters who want to win without having to break the bank. For more information, visit metroarms.com or call 732-493-0302.

Bullet weight measured in grains, velocity in fps by chronograph and accuracy in inches for three, 5-shot groups at 25 yards. 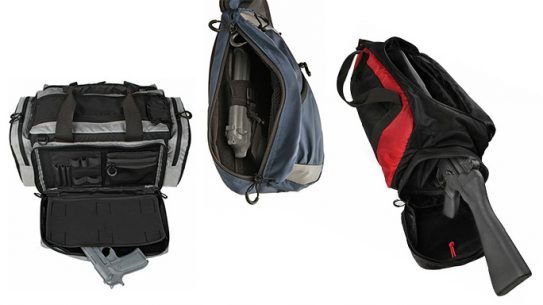 Stay armed on the go with these covert-carry essentials!