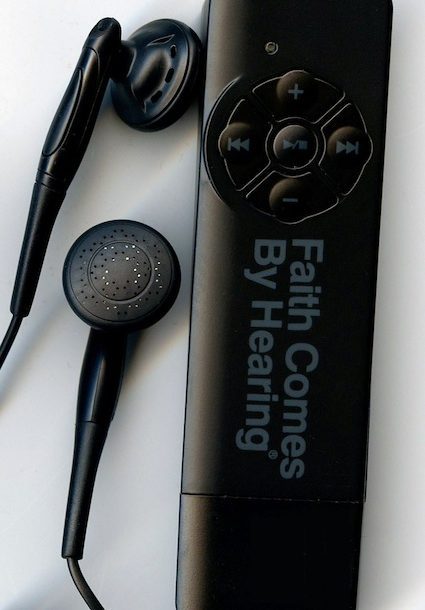 Since Faith Comes By Hearing began their Military BibleStick project in 2008, the world’s largest Audio Bible ministry has provided more than 140,000 digital Audio New Testaments (BibleSticks) to over 800 chaplains serving America’s active duty military. The project has been entirely free of charge to chaplains and troops, largely as a result of generous gifts from partnering churches, individual donors and Christian radio listeners responding to on-air campaigns.

As the project has grown, several groups have taken unique approaches to raising funds in support of our brave men and women in uniform, with many personal hours spent in planning and preparation.

Earlier this year, Xenia United Methodist Church (Illinois) – with a membership of 84 – wanted to add to the offering they took on a Wednesday night service. The congregation came together for a rummage sale, combined with a bake sale and lunchtime cookout. Proceeds enabled them to increase their original gift and provided funding for 135 BibleSticks.

In Texas this summer, the Hearts for Heroes ministry at The Cowboy Church of Ellis County put together a rodeo and concert in support of the Military BibleStick project. The Great Texas Outreach, as they called the event, raised funds for nearly 180 BibleSticks.

On the commemoration of the 10th anniversary of 9/11, the Mission Riders – a group of Christian motorcyclists – put together a free concert where they asked for donations in support of the project. Held at First Baptist Church of Rio Rancho (New Mexico), in conjunction with support from Paragon Church nearby, donations exceeded $10,500 and will result in providing more than 400 BibleSticks to meet chaplain and troop requests.

Not to be left out, the kids at Simpson Baptist Church in Louisiana got into the act during their Vacation Bible School (VBS) in August. The boys and girls have a yearly competition to see who brings in the most spare change during the week. The winner is determined by weight, which means a lot of pennies.

According to the VBS director, Karen Jackson, a normal year will result in approximately $500. This year, the kids brought in more than 77,000 pennies – resulting in $775 being donated for Military BibleSticks. Jackson confirmed that many children attending VBS have family members deployed overseas.

Jon Wilke, spokesman for the Military BibleStick project, says, “I never get tired of hearing brand new examples of how people are going out of their way to help support our troops with God’s Word. I didn’t have anything like this when I served, but I know how much it would have meant to me. And I know how much it means to those serving today.” Wilke is a veteran of both the U.S. Army and the U.S. Marine Corps.

Faith Comes By Hearing plans a nationwide radio broadcast in support of the Military BibleStick project this Veterans Day (11-11-11). The ministry currently has more than 100 Christian radio stations committed to participate in the broadcast. Any station that would like more information is encouraged to visit MilitaryBibleStick.com/VeteransDay2011. 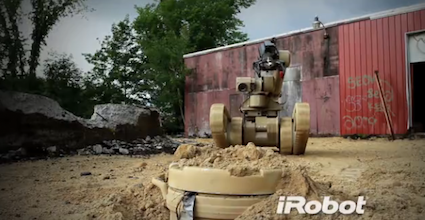 Since Faith Comes By Hearing began their Military BibleStick project in 2008, the world’s…