For the past eight years, the U.S. Army’s Sniper School at Fort Benning, Ga., has hosted the International Sniper Competition; where elite two-man teams compete to earn the coveted title of “top sniper.”  In this grueling competition, the participants’ precision, camouflage, stalking and observational skills are put to the ultimate test.  The action-packed events are revealed in the four-part special TOP SNIPER 2, premiering Monday, March 23rd, and Tuesday, March 24th, from 9-11PM ET on the Military Channel.

Eighteen challenging events examine the teams’ expertise in long-range shooting, urban combat and covert maneuvering through realistic conflicts and environments.  Bringing together the most elite snipers from around the world, the competition showcases thirty-three teams from branches of the U.S. Army, Marines, and Air Force, and for the first time ever includes a law enforcement team—a SWAT team from Pittsburgh, Pa.  The international field includes representatives from Canada, Denmark, France and Ireland.  Since some military teams are comprised of active special forces, the identities of many of the competitors have been concealed in order to ensure the safety of the personnel.

TOP SNIPER 2 explores the science of making quick and accurate shots by examining precision rifle scopes and ballistic calculations.  Viewers will see the vital skills necessary for modern urban warfare and follow the competitors as they undergo the stresses of a city-turned-battleground.  Competitors test their long-range marksmanship and participate in events that push both their weapons and combat skills to the extreme, including:

· Aerial Shoot: Considered the most difficult marksmanship challenge, competitors shoot from a moving helicopter and try to avoid collateral damage.
· Keep In Memory System: Snipers are responsible for memorizing their targets and, in doing so, improving their target identification skills.
· Counter Sniper: Participants navigate in an urban environment and engage enemy snipers who are mixed in with non-threats.
· Obstacle Course: One hurdle after the other, competitors get their hearts racing by running a quarter mile while carrying two jugs of water, maneuvering through rope courses and crawling through mud pits.
· Cold Bore: This event calculates long-range marksmanship skills in the 600-yard shoot.
· Convoy Live Fire: Competitors have to eliminate threats at long range in this simulated attack upon this convoy.
· Night Unknown Distance: Snipers are challenged to place accurate shots in the dark while using night vision equipment.
· Stalk: In the most famous sniper event, competitors are judged on their ability to go undetected in open terrain during broad daylight. In full camouflage, snipers have to move toward their target, while going unseen by the spotters, and place an accurate shot. 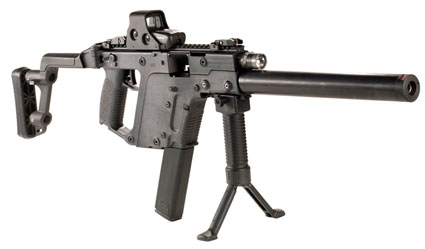