WASHINGTON– The U.S. military will have no issues complying with the U.S.-Iraq Status of Forces Agreement, which requires all U.S. troops to withdraw from Iraqi cities by June 30, the commander of Multinational Force Iraq said today.

The general also appeared on CNN’s “State of the Union.”

With U.S. troops out of Iraq’s cities, the burden for securing them falls to the Iraqi security forces. Those forces are up to the challenge, Odierno said.

“We’ve seen incredible increases in their capacity and capability,” he said. “They have proven it in combat operations. They have proven their flexibility [and] adaptability.

“I am much more confident than I have ever been in the Iraq security forces,” he added.

Though the Iraqis will be responsible for maintaining security and stability in Iraq, the 131,000 U.S. troops remaining in country won’t be out of a job. They’ll continue to train, advise, and help enable the Iraqi forces.

In addition, they’ll also continue to conduct significant operations outside the cities, Odierno said. Any operations conducted, however, will be done with Iraqi approval.

“When we signed the security agreement, we agreed to abide by Iraqi sovereignty,” he said. “Everything we do today, and have been doing since the first of January, is transparent to the Iraqi government … but that does not limit our flexibility.”

Some are concerned about recent high-profile attacks targeting civilians near Nasiriyah, Baghdad and Kirkuk in the last week. The attacks are attributable to extremist elements trying to attract attention, Odierno said.

“We have not seen increased violence across the country,” he said. “These high-profile attacks … have brought the ire of Iraqi civilians against these terrorist groups. I believe it’ll make it much more difficult for them to continue to operate in side of Iraq over the long term.”

In fact, he added, in May and the first three weeks of June, Iraq had the lowest level of incidents on record.

Despite all the improvements made in local, provincial and federal governance, there are still many political issues that need to be addressed. Arab-Kurd, intra-Shiia and Sunni-Shiia tensions are all being worked on, Odierno said.

He hopes these issues, which could cause some instability, will be solved through politics and diplomacy, not violence.

As Iraq moves toward national elections in January, there was some question about the effect of the recent Iranian election and its aftermath on its neighbor.

Odierno said he thinks the situation in Iran will give Iraq, which just held what he called legitimate and credible provincial elections, more confidence in its government.
“They’re going to go through credible and legitimate elections here for their national leaders in January,” he said. “They will oversee those elections and they will have UN and international observers that will validate those elections. I think that will also encourage them to continue to move toward democracy.”

With everything seemingly moving in the right direction in Iraq, Odierno is confident that the Iraqi security forces are ready to step up and take responsibility for their country’s security and stability.

“I think this is the right time for us to turn responsibility over to the Iraqis,” he said.

He added the withdrawal of U.S. troops from Iraq will continue slowly and deliberately throughout this year, though enough forces will remain to ensure the success of the January elections. 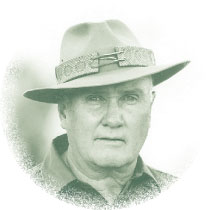 WASHINGTON– The U.S. military will have no issues complying with the U.S.-Iraq Status of…