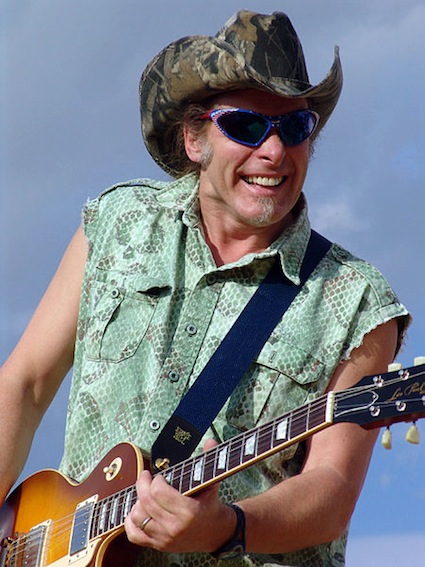 The leadership at the Kentucky base decided to drop Nugent as the opening act for a June 23 concert.

“After learning of opening act Ted Nugent’s recent public comments about the president of the United States, Fort Knox leadership decided to cancel his performance on the installation,” says a message on the Fort Knox Facebook page.

Nugent called the Obama administration “vile, evil” and “anti-American” in remarks earlier this month to the National Rifle Association, of which he is a board member.

Image: The "Motor City Madman," Ted Nugent, wails away on his guitar during a…