The Department of Defense (DoD) today announced details for the temporary expansion of the Homeowners Assistance Program (HAP).  Using $555 million in funds from the American Recovery and Reinvestment Act (ARRA), this program is designed to partially reimburse eligible military personnel, surviving spouses, and federal civilian employees whose service to the nation has required them to relocate and sell their primary residence at a loss.

– Civilian employees of the DoD, Coast Guard, and non-appropriated fund activities; and

– Surviving spouses of both fallen service members and civilian employees.

Potential eligible personnel who have sold a primary home for a loss or are considering selling their home are encouraged to visit the DoD HAP Web site (http://hap.usace.army.mil) to check specific program criteria, and if eligible, apply online.

The DoD HAP has been providing financial assistance to military personnel and DoD civilians since 1966, mainly at base realignment and closure (BRAC) sites where government action caused a decrease in market home values.  While the HAP expansion is not designed to pay 100 percent of losses or to cover all declines in value, it can help protect eligible applicants from financial catastrophe due to significant losses in their home values.

Supporting military families is one of administration’s highest priorities and includes leadership and engagement by Michelle Obama and Jill Biden.  In February 2009, the Congress provided ARRA funding for a temporary expansion of the HAP to address unique economic pressures faced by military personnel who are forced to relocate during these unusually adverse housing market conditions.  After conducting an extensive analysis to determine how best to prioritize the finite funds available while maximizing assistance to as many people as possible, the DoD developed specific eligibility criteria designed to take care of people in the greatest need.  These program details have been published in the Federal Register and are now available for public comment.

ARRA funding allows the DoD to temporarily expand HAP to partially reimburse losses from the sale of a primary residence in the following priority order:

1.     Homeowners wounded, injured, or ill in the line of duty while deployed since Sept. 11, 2001, and relocating in furtherance of medical treatment;

2.     Surviving spouse homeowners relocating within two years after the death of their spouse;

3.     Homeowners affected by the 2005 BRAC round, without the need (which existed under previous law) to prove that a base closure announcement caused a local housing market decline; and

Each of these general categories has more specific eligibility requirements which have been updated at the DoD HAP Web site (http://hap.usace.army.mil).  The U.S. Army Corps of Engineers executes the program for all the military branches and HAP administrators will immediately start processing applications. 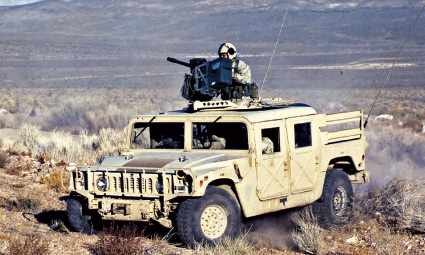