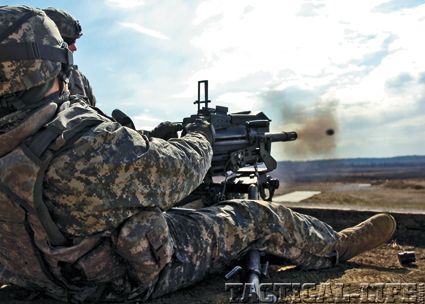 Catching a fired grenade in flight is not an overly daunting task for a photographer because of the low muzzle velocity, which yields a high trajectory that is both an advantage and disadvantage. DoD Photo

“Small arm” is a relative term. NATO defines this as any individual or crew-portable direct-fire weapon with a bore diameter less than 50mm, even if capable of defeating light armor and helicopters. In the U.S. military it usually means any weapon that typically doesn’t require a specific job description to employ. One system at the very edge of these strata is the MK 19 Grenade Machine Gun. While GMGs are a more recent entry into the Army small arms inventory, development began in the Navy during the early 1960s. Looking to boost the firepower of riverine crafts and marine infantry in jungle environments, several multi-shot 40mm grenade launchers were tested that fired the low velocity 40x46mm M406 grenade originally developed for the M79. Among these the most notable was the MK 18, a belt-fed and hand-cranked grenade launcher developed by the Hughes Corporation. 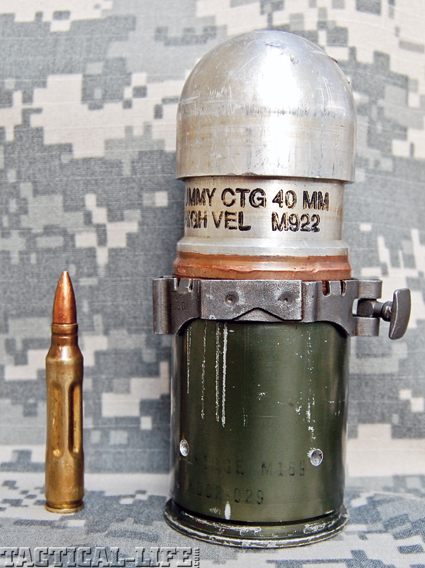 Comparing a 5.56 (.223) next to a 40x53mm grenade shows the power difference. Each HE (High Explosive)
and HEDP (High Explosive Dual Purpose) is as potent as a hand grenade and the MK 19 throws about 350 each minute!

While these designs where a step in the right direction, they all suffered from short effective ranges due to the low-pressure cartridge used. Originally designed to be shoulder-fired, the M406 High Explosive grenade has an absolute maximum range of about 400 meters. The U.S. Navy looked to boost the range by developing a self-powered fully automatic grenade machine gun around the much higher velocity 40x53mm M384 grenade, a cartridge originally developed for the M75 grenade launcher used on UH-1 and AH-1 helicopters. 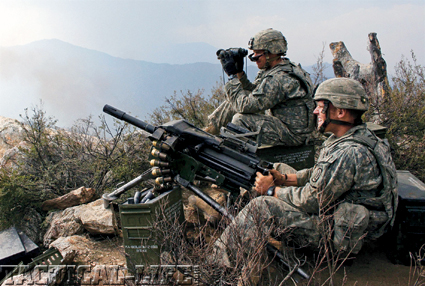 The first version was dubbed the MK 19 MOD 0 but didn’t prove reliable enough for field use. Product improvements in the MOD 1 performed effectively enough when tested on Navy patrol craft and the design was refined further. In the late 1970s, the design was again overhauled and became the MOD 3. Both the Army and Marine Corps saw the potential in the system for defense, retrograde, patrolling, rear area security and special operations, adopting it for ground use 1983. Saco Defense (now General Dynamics) was contracted to manufacture the weapon and has produced approximately 35,000 MK 19 MOD 3 grenade launchers for all branches of the U.S. armed forces. 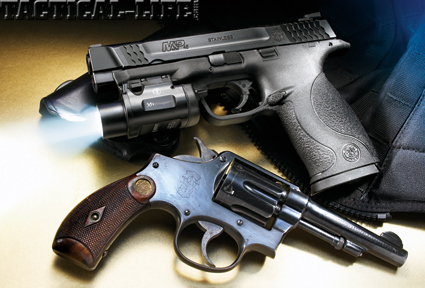