0
SHARES
0
VIEWS
Share on FacebookShare on Twitter
The 13th MDM (Modern Day Marine) Exposition was held at MCB Quantico, September 28-30, celebrating three decades of Marine and industry cooperation. Exhibits, presentations and demonstrations allowed Marines—many just back from the front—to critique the industry offerings. Such one-on-one interaction can lead not only to improved procurement, but the adoption of new processes, training and equipment that will enhance and strengthen the war-fighting capabilities of the USMC. The efficient expo hosted some of the country’s largest and best tactical gear manufacturers, as well as many smaller businesses offering innovative solutions to complex challenges of the ever-expanding role of the modern Marine. Below is a sampling of events and new gear featured this year. 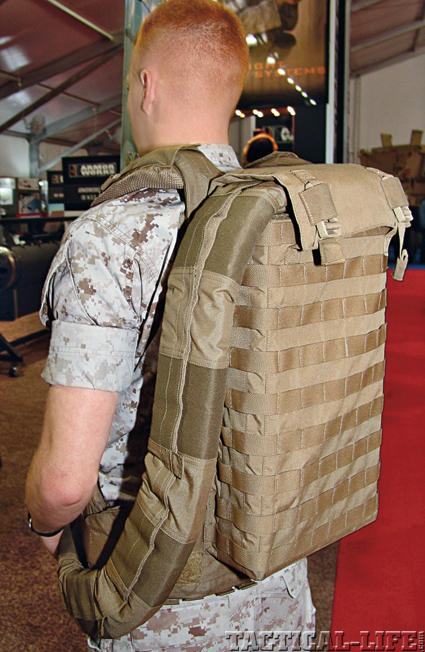 Made to accommodate both light and heavy assault machine gunners, the TYR Tactical MICO “quiver of death” backpack carries and delivers up to 1,000 rounds of linked 5.56 or 7.62 ammunition right to the breech of the weapon. The MICO evenly distributes the approximate 52 pounds of weight so the ammo is easily carried on the hips and not the shoulders. It has attachment points to allow the addition of a pack, hydration system and additional Molle gear. The flexible feed chute allows the linked ammo to be fed directly into the operator’s machine gun. Perfect for immediate deployment of a belt-fed weapon. The MICO has an MSRP of $3,995. (tyrtactical.com) 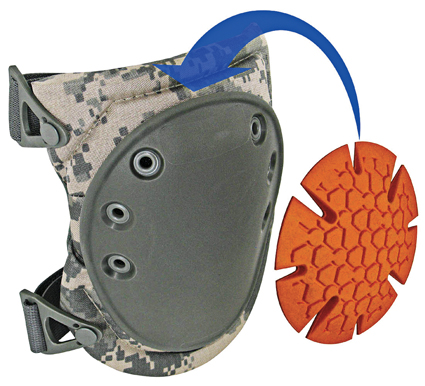 ALTA Industries Gelmax Superflex Impact Protection Knee Pads use an engineered material containing d30 “intelligent molecules” that flow freely under normal conditions making it soft and flexible, but which lock together on shock to absorb the impact of a wearer’s knee against uneven and hard ground. The Alta Superflex Impact Protection knee pads give mobile warfighters lightweight and comfortable protection as the d30 material distributes weight better than traditional hard or fabric pads and provides superior protection for a fully laden warfighter that has to go prone unexpectedly, without losing situational awareness or sustaining injury. Also useful for LEOs or shooters-in-training who spend hours getting up and down during range drills. (altaindustries.com) 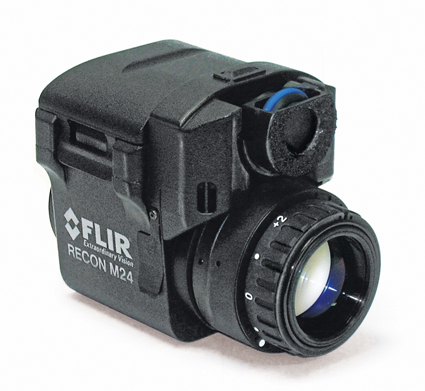 The FLIR Recon M-24 is a basic, low-cost thermal pocket scope for tactical observation and general purpose night vision. Rugged and submersible, the M-24 provides a standard 320 x 240 image with optional 640 x 480 capability. The very small M-24 has a 2X, 4X digital zoom with a 24- x 18-degree standard field of view. It has on-board on/off switch and scroll knobs for gain and brightness as well as a mode-control button. Powered for up to three hours by two CR123 batteries that can be removed one at a time without killing power, the M-24 can be linked to a computer for local viewing, or transmitted to remote locations. It weighs only 14 oz (~ 400 grams) with batteries and can be mounted on tripods, helmets or even mounting rails on weapons. (flir.com)