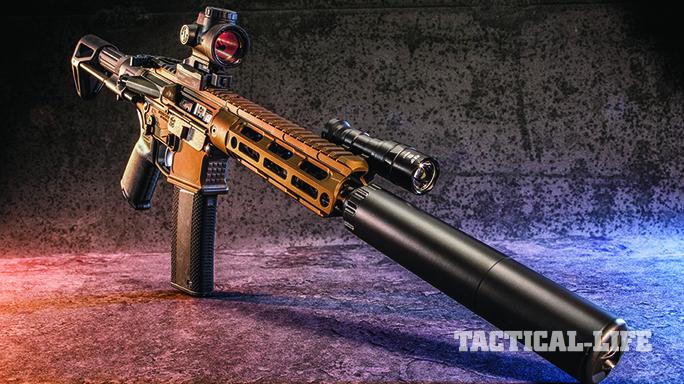 1 of 8
MC6 PDW
“I recently had the opportunity to demo the newest member in the company’s Modern Carbine lineup, the 8-inch-barreled MC6 PDW in 300 Blackout.” 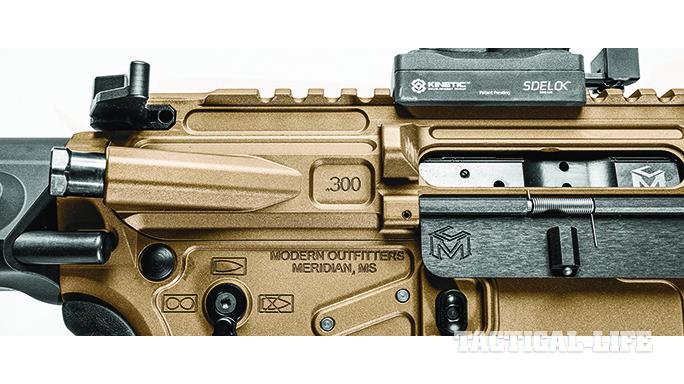 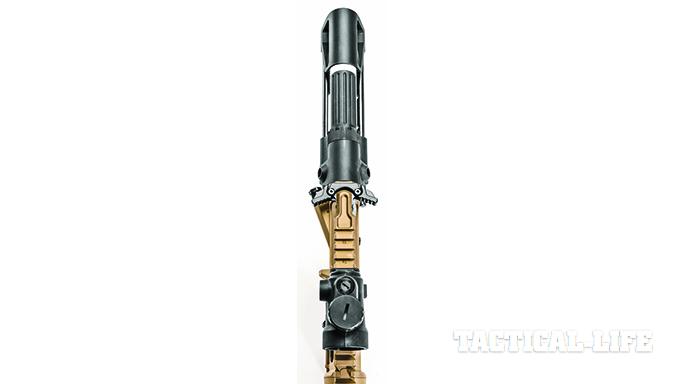 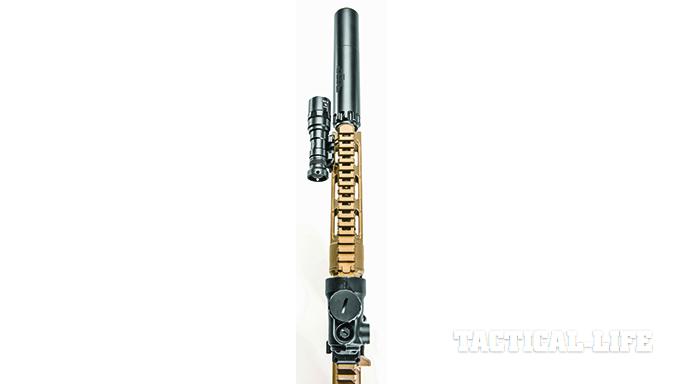 4 of 8
MC6 PDW
The author added a compact SureFire M300 flashlight up front with a short rail segment. 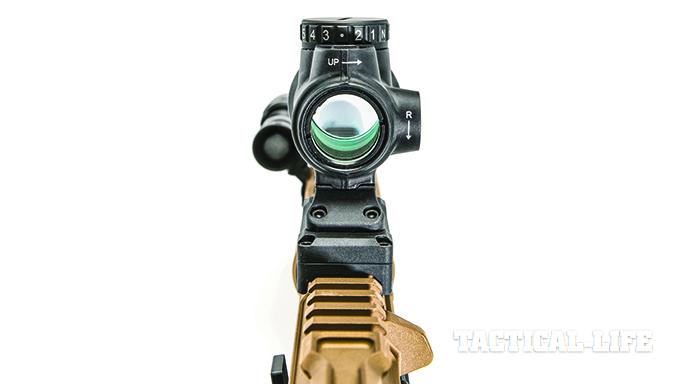 5 of 8
MC6 PDW
The long Picatinny top rail makes it easy to add sights and optics like the Trijicon MRO for fast engagements. 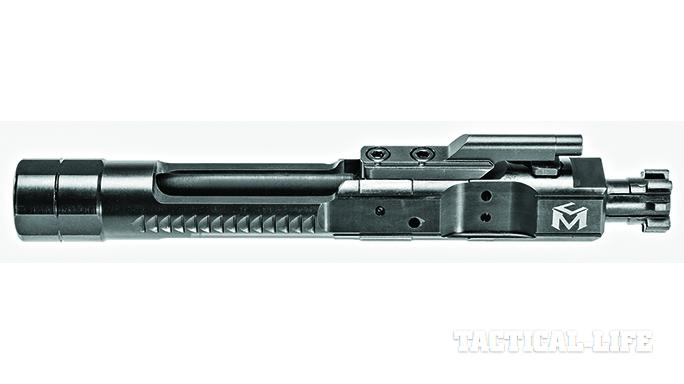 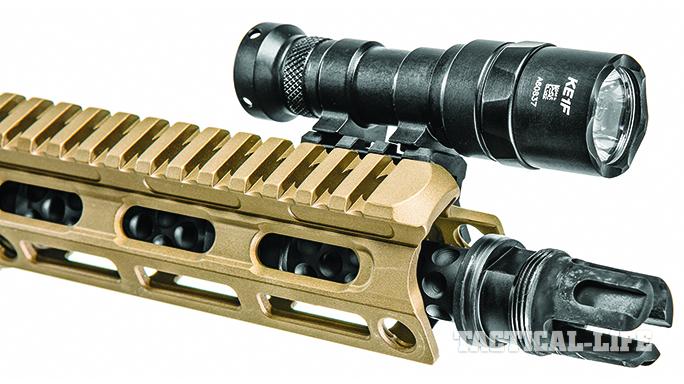 7 of 8
MC6 PDW
M-LOK slots along the sides and bottom of the handguard make it easy to add accessories where needed. 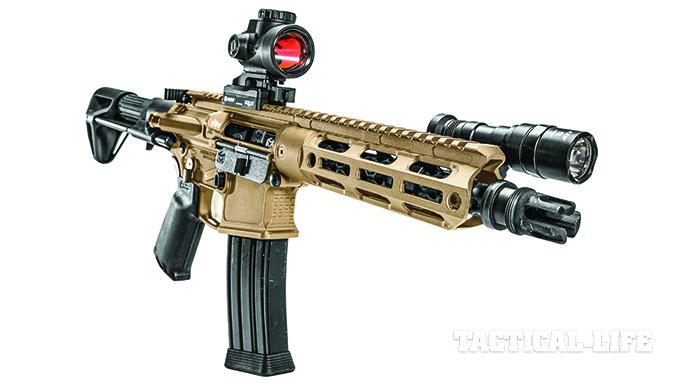 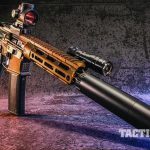 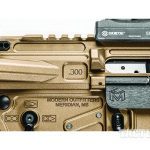 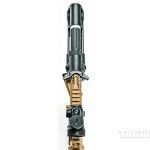 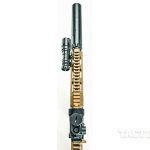 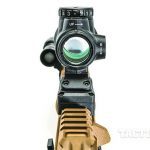 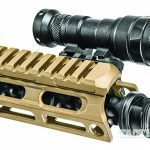 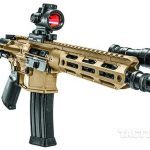 There is nothing better in this world than watching a young company have the freedom to innovate. Modern Outfitters has been around since 2010, and it has embarked on an aggressive growth plan this year with several new product offerings. The company originally started as a retail store with a custom shop in-house. But since then Modern Outfitters has expanded its manufacturing capabilities to include AR parts, Glock customization, Cerakote and the new MR1 bolt-action rifle. The company opened a new showroom in Dallas, Texas, in June, and it’s looking at more locations for showrooms. The guys behind Modern Outfitters are former and current military and law enforcement personnel as well as hunting fanatics.

I recently had the opportunity to demo the newest member in the company’s Modern Carbine lineup, the 8-inch-barreled MC6 PDW in 300 Blackout. This short-barreled rifle is built from the ground up to be lightweight and deadly accurate in an ultra-compact package. The two PDWs I shot were both in 300 Blackout, but Modern Outfitters is also offering this same configuration in 5.56mm NATO with an 11.5-inch barrel and 6.8 SPC with an 8-inch barrel.

These rifles are perfect for any law enforcement agency or homeowner looking for a weapon with plenty of firepower in a platform compact enough to use in tight quarters and remain easily concealable for missions that require discretion. The MC6 PDW is currently used by several police departments and special operations divisions as a patrol rifle for motorcycle units as well as SWAT/EP details. Even with the addition of a sound suppressor, the overall length of the complete weapon system is still shorter than a standard 16-inch-barreled AR. This configuration is also popular with hunters looking for a compact “truck gun” or a “lap rifle” when they’re cruising the ranch.

The 300 Blackout version offers a lot of versatility for shooters seeking the ability to have an indoor hearing-safe rifle while using readily available subsonic factory ammunition. With the change of a magazine, the weapon can be set up for longer ranges with supersonic ammunition for accurate engagement out to 300 yards. Even with supersonic ammunition, the rifle has very little to no recoil and is only slighter louder to the shooter’s ears when suppressed. Depending on the configuration, MC6 rifles weigh right about 5 pounds. They use match-grade, button-rifled, Melonite-coated and dimpled or fluted barrels to save on weight and aid in faster cooling. Engineers at Modern Outfitters have used this rifle extensively with 110- to 125-grain bullets with great results on whitetails and hogs.

It was the attention to detail on these rifles that really piqued my interest. I saw how the rifle was engineered with a variety of shooting styles and types in mind. The MC6 PDW does not require any special tools or methods to break it down for service or cleaning. With a quick push of the rear takedown pin, the rifle hinges open with ease just like any other standard AR-style rifle. Since the rifles are designed to be multi-caliber with interchangeable complete uppers, each upper receiver is elegantly marked with the caliber designation. For shooters who use suppressors, this rifle’s gas system does not have to be adjusted when switching between suppressed or non-suppressed shooting. Also, no adjustments are required to switch between super- and subsonic ammo.

Each M6C PDW starts with matched upper and lower receivers that are machined from a billet of 7075-T6 aluminum. The upper features a barrel nut lock-up system that does not contact the handguard. This in turn allows the barrel assembly to float freely, so the MC6 is not dependent on a timed barrel nut that contacts the handguard.

There are multiple benefits to this method of securing a barrel to the upper receiver. The first is reduced heat transfer. With no barrel nut transferring heat directly to the rail system, you won’t notice the handguard becoming uncomfortably hot, even after long strings of fire. Secondly, adding a bipod and other accessories won’t have an impact on the barrel’s harmonics, negatively affecting the rifle’s inherent accuracy. And since the barrel nut is not the anchoring point for the handguard, Modern Outfitters was able to make these two components lighter on the MC6. Finally, the MC6’s design allows for one long, continuous Picatinny rail on top of the gun, from the front of the handguard to the rear of the receiver. You’ll also notice that the receivers and handguard have been extensively lightened and skeletonized to reduce weight without sacrificing any structural integrity. Along with lightening cuts, the handguard features M-LOK slots along the sides and bottom instead of traditional rails. This makes it easy to add accessories where needed without adding the bulk of a quad-rail system.

For more information on the MC6 PDW, please visit Modern-Outfitters.com.

Like what you’re reading? Check out the rest of this article in ‘Guns & Weapons for Law Enforcement’ December/January 2017. For information on how to subscribe, please email [email protected]outdoorgroupmags.com or call 1-800-284-5668.

Never have guns and Christmas gone together so well — the 1988 film 'Die...