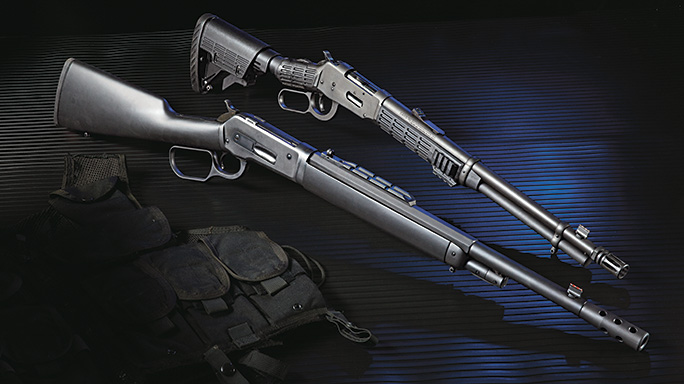 1 of 9
Tactical Leverage: Mossberg’s 464 SPX & Taylor’s .45-70 Ridge Runner
Lever-action rifles may remind you of the Old West, but they can still be effective for personal and home defense. Modern examples like the Mossberg 464 SPX and Taylor’s 1886 Ridge Runner offer plenty of accuracy and stopping power for today’s threats. 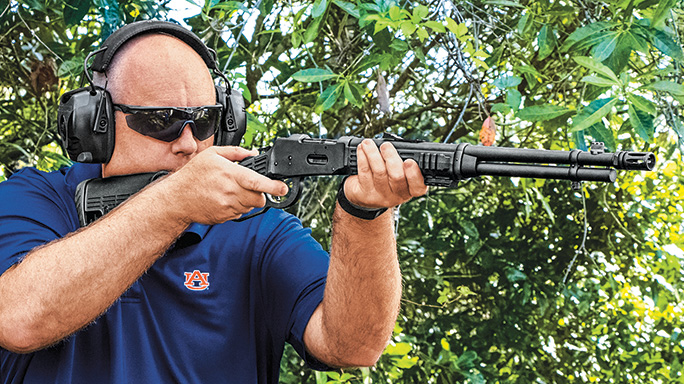 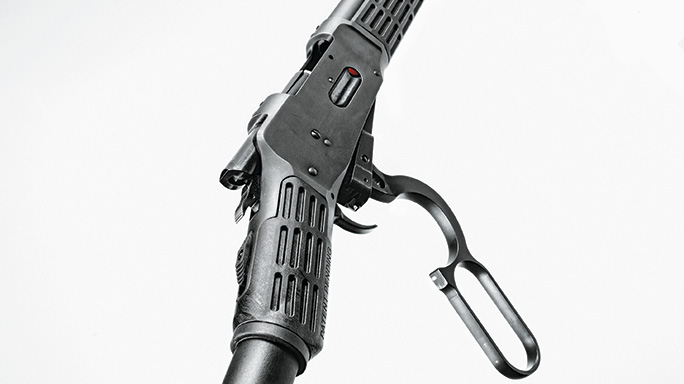 3 of 9
Photo by SCOTT BAXTER
Tactical Leverage: Mossberg’s 464 SPX & Taylor’s .45-70 Ridge Runner
During testing, the 464 SPX’s lever action was very smooth, reliably digesting every single .30-30 Winchester round fed through it. 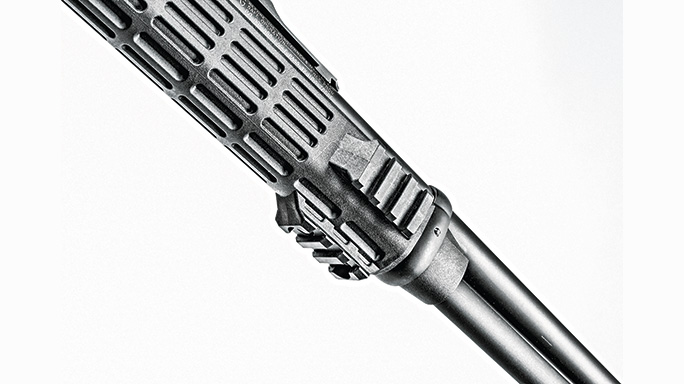 4 of 9
Photo by SCOTT BAXTER
Tactical Leverage: Mossberg’s 464 SPX & Taylor’s .45-70 Ridge Runner
Short Picatinny rail sections on the bottom and sides of the 464 SPX’s forend make it easy to add a light or laser aiming device to the rifle. 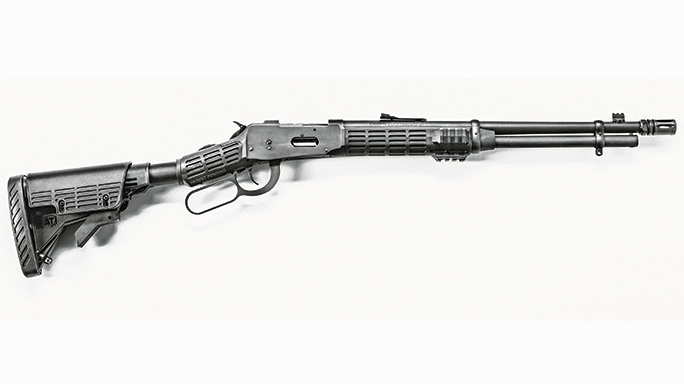 5 of 9
Photo by SCOTT BAXTER
Tactical Leverage: Mossberg’s 464 SPX & Taylor’s .45-70 Ridge Runner
Mossberg equips the 464 SPX with a AR-style collapsible buttstock that is adjustable for both length of pull and cheek height, allowing shooters to find the perfect fit behind the rifle. 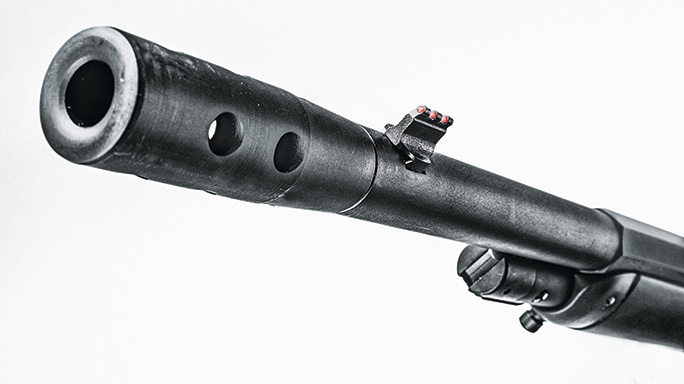 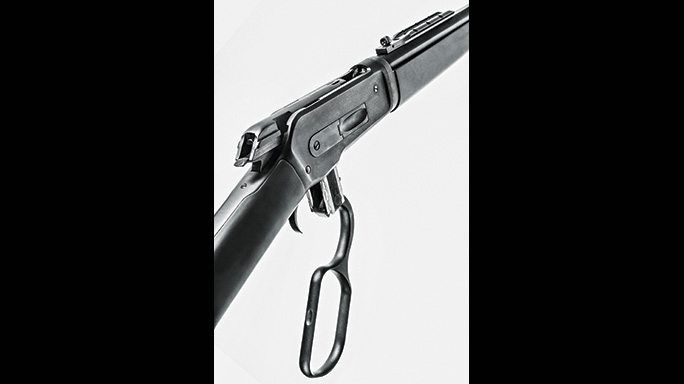 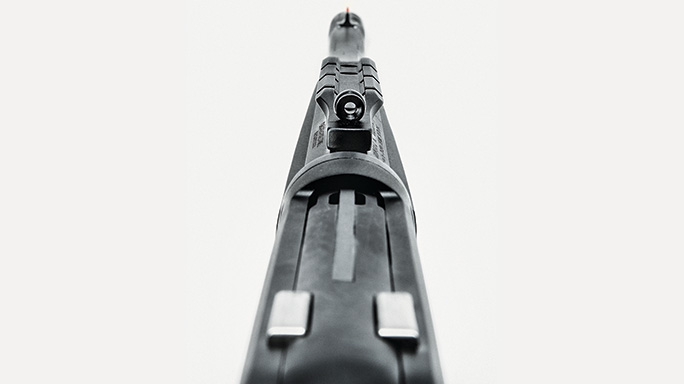 8 of 9
Photo by SCOTT BAXTER
Tactical Leverage: Mossberg’s 464 SPX & Taylor’s .45-70 Ridge Runner
According to the author, the Ridge Runner’s action was extremely smooth during testing, which made for fast follow-up shots. 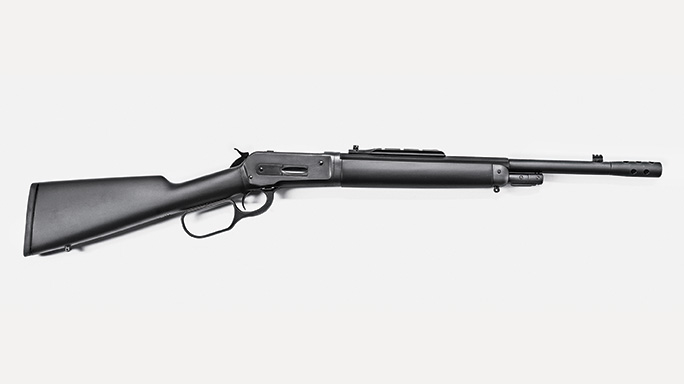 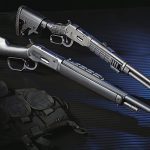 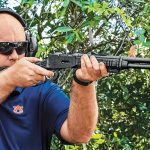 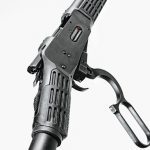 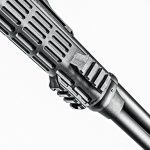 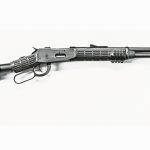 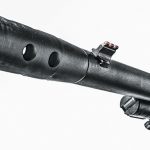 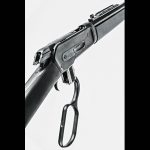 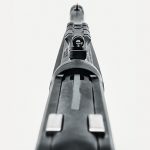 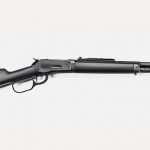 From the pioneer to the soldier, to the Texas Rangers—the oldest statewide law enforcement agency in America—serious men have carried and used lever-action rifles to feed families, defend their homes, fight wars and protect settlers on the frontier from criminals and hostile Indians. As time passed, more people moved to bolt-action and semi-automatic rifles for a variety of reasons. Yet, the lever gun has remained a favorite with many in the United States.

Does the lever-action rifle still have a role as a personal-defense or LE patrol firearm? While every platform has its strengths and weaknesses, I believe that the lever gun can still admirably serve law-abiding homeowners/homesteaders and certain lawmen patrolling “wild country.” There is no doubt that these guns can be powerful and accurate. From low-velocity .38 Special loads to powerful wildcats like the .50 Alaskan, lever-action rifles can be chambered in a variety of power levels to meet your needs.

However, like any platform, the lever-action rifle does have weaknesses that a shooter should learn to work around. One of the problems with a lever gun is that the shooter must pull down to work the action. In the majority of cases, this is not a weakness. But if you are shooting from a prone or lying down position, pulling down on the lever can require you to move both the gun and your body. With a bolt action or semi-auto, this additional body movement is generally not required.

Like many defensive shotguns, a lever action uses a tubular magazine. This limits its ammunition capacity. A modern defensive rifle like the AR-15 uses detachable magazines that come in various capacities, with the standard being 30 rounds. These magazines are fast to change out and can even be had in much larger capacities. Granted, a lever-action rifle can be topped off during a lull in combat, but that requires the availability of loose rounds stored on the gun or person. Even so, a lever action’s capacity and reload speed will never surpass a modern defensive rifle’s.

Tubular magazines also limit the kinds of ammunition that can be used in the gun. Typically, only soft, blunt bullets can be used for lever-action ammunition. Since the rounds are loaded nose-to-primer, it is possible for a drop or even recoil to cause a round in the magazine to fire. This handicap is overcome, however, with the increased use of polymer-tipped bullets. Hornady’s LEVERevolution line, for example, uses polymer-tipped bullets to really expand the possibilities of these guns. The downside is that the polymer tips can deform if stored for long periods of time in the gun. This suggests you would need to frequently rotate the ammunition in your home-defense rifle.

For this article, I took a look at a pair of lever-action rifles that are suitable for defensive use thanks to some 21st century upgrades.

To turn a lever action into a tactical workhorse, Mossberg reworked its venerable 464 rifle to produce the 464 SPX. Chambered in .30-30 Winchester, this gun has an M4-style collapsible buttstock, an A2-style flash suppressor and a matte blue finish. Mossberg integrated short Picatinny rails in the forend for the addition of a white light or laser. Both the pistol grip and forend are plastic and have deep grooves for an improved grip.

Standard on the 464 SPX are three-dot, fiber-optic sights. Mossberg uses contrasting colors—red up front and lime green in the rear—to make the sights very bright and easy to see. I found them easy to use in both outdoor and indoor lighting. In fact, using just the open sights, I was able to shoot sub-3-inch, five-shot groups at 100 yards with factory ammunition.

The trigger on the Mossberg 464 SPX wasn’t bad at all. It broke cleanly at 4.75 pounds with no overtravel. The action was also relatively smooth.

One thing I discovered is that you have to have a precise grip to deactivate the trigger safety and fire the rifle. There is a small plunger under the lever handle. When the gun is properly gripped, the lever handle depresses the plunger and allows the trigger to move to the rear. If the handle is not gripped in precisely the correct manner, the plunger will not fully depress and the gun will not fire. While this does provide an increased level of safety against an accidental discharge, it also introduces a potential failure point in using the gun under the stresses and dynamic circumstances of a violent encounter. The safety should not preclude consideration of the gun, but you should be consciously aware of it.

Mossberg also includes a manual safety on the top tang. For those who are familiar with the company’s 500/590 series shotguns, this safety works in the same way. It is ambidextrous and easily accessed with the thumb of the shooting hand. Pushing it forward places the gun in “fire” mode, while pulling it back prevents the rifle from discharging.

The 464 SPX is well balanced and consequently feels lighter than the 7-pound weight would suggest. This helps make the gun a good consideration for home defense, where movement and holding the rifle for a long period of time may be required. With the ability to add a mounted light to the gun, the Mossberg 464 SPX makes a lot of sense for someone who wants to keep a lever action for defense around the home.

Chambered for the potent .45-70 Government cartridge, the 1886 Ridge Runner is a serious thumper. Available from Taylor’s & Company Firearms, the gun combines classic and modern styling to produce a gun that is truly impressive when held in your hands. My test sample came with a wooden stock covered by black “Soft Touch” rubber for an incredible feel and a really sleek look. The butt of the stock had a rubber recoil pad. The rifle’s metal parts had a matte black finish.

Pulling the trigger was a sweet experience. The pull had virtually no take-up with a clean break at 4.25 pounds. The action was smooth with no unusual hitches in its movement. It was also completely reliable in feeding and firing.

For targeting, the 1886 Ridge Runner uses a fiber-optic front sight paired with a rear peep sight. This combination works extremely well for me in terms of fast target acquisitions and accuracy. With most loads, I was able to shoot sub-4-inch five-shot groups at 100 yards with these sights while using a bag as a front support. For improved accuracy, the rear sight has an integrated Weaver rail that allows for the relatively easy addition of a scope. Since the rail is forward of the receiver, a long-eye-relief scout-type scope should work well in this location.

The gun feels slightly front heavy, but the weight helps to absorb the recoil of the powerful .45-70 cartridge. To me, the felt recoil was no greater than any other medium-power cartridge, and significantly less than a lightweight .30-30-type gun. The recoil was further mitigated through the use of a muzzle brake.

Taylor’s uses a threaded barrel on the Ridge Runner rifle. Both a muzzle brake and a thread protector cap come with the gun. Adding a little more than 3 inches to the length of the barrel, the brake seemed to work very well to help tame recoil when screwed onto the gun. Since the brake adds more than 6 ounces to the end of the rifle, shooters that feel the gun is too front heavy already may wish to forgo the additional recoil attenuation.

The Ridge Runner is an impressive rifle. Its performance out of the box was flawless. In my mind, this gun makes for an excellent rifle in the field, where it could provide good defense against large animals in addition to human predators that may come around the homestead. 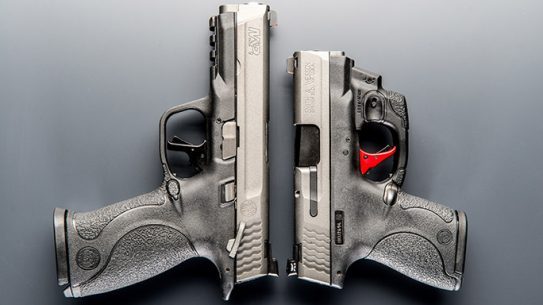