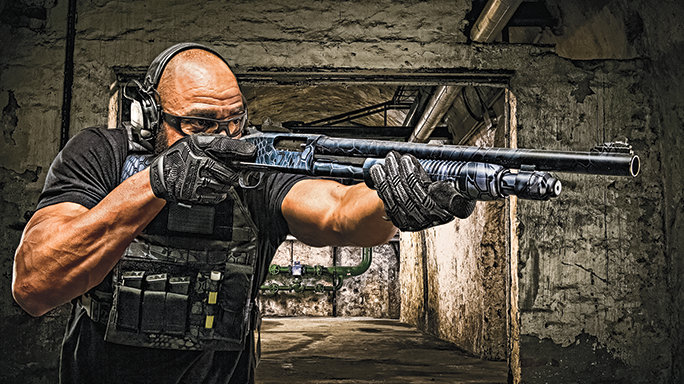 1 of 4
Photo by STRAIGHT 8
Tactical Titans: The Mossberg 500 Shotgun Family
Mossberg’s 500 and 590 series pump-action shotguns have earned a reputation for serving operators with tank-tough durability and can’t-fail reliability in harsh conditions. 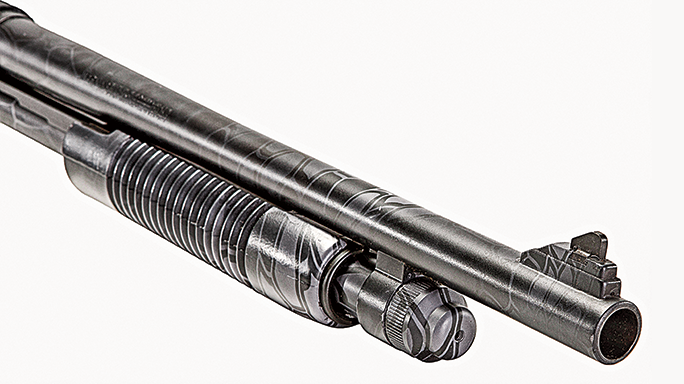 2 of 4
Photo by STRAIGHT 8
Tactical Titans: The Mossberg 500 Shotgun Family
The Kryptek Typhon 590A1 Special Purpose (officially model #51522) ships with an 18.5-inch barrel, a fast-targeting front sight ramp and a 5+1 capacity. 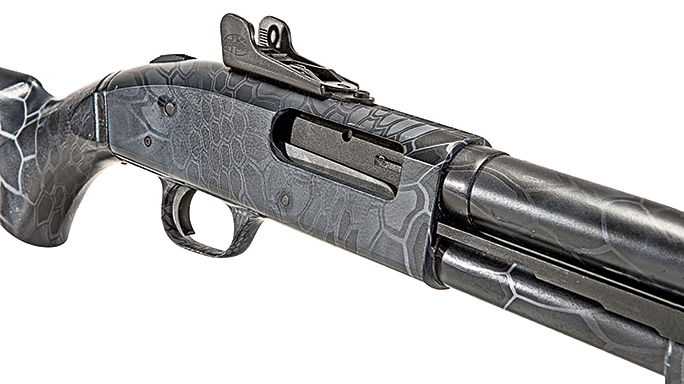 3 of 4
Photo by STRAIGHT 8
Tactical Titans: The Mossberg 500 Shotgun Family
Mossberg’s 590A1 pump action has proven itself on battlefields and mean streets for years. This particular model sports a Kryptek Typhon camo finish to blend in. 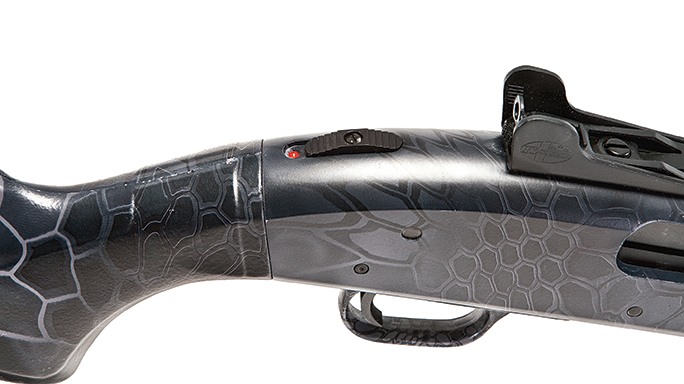 4 of 4
Photo by STRAIGHT 8
Tactical Titans: The Mossberg 500 Shotgun Family
Mossberg’s 590A1 features an aluminum safety mounted on the tang, where it’s easy to reach for both left- and right-handed operators. 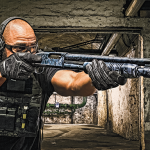 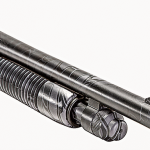 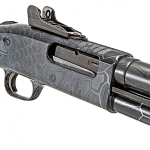 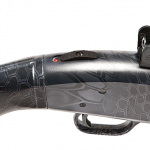 Let’s be honest. High tech is fun. Who doesn’t want the latest “high-speed, low-drag” tactical firearm with cutting edge ballistics and ultra-modern features? And along these lines, with the AR dominating the tactical field these days and the next generation of carbines and personal-defense weapons (PDWs) making their way from the battlefields of today into the hands of LE officers tomorrow, it would seem that the modern tactical carbine is the preferred choice for those in the know.

However, if you talk to the operators who know what it is like to face deadly encounters at ultra-close ranges (where most of them happen), you will pick up on an enduring respect and appreciation for the “humble” scattergun. But this should come as no surprise. With a muzzle diameter at just over .70 caliber, and the ability to fire either a solid projectile slug or a handful of devastatingly effective pellets in a variety of shot sizes, the 12-gauge shotgun can be the ultimate conflict stopper at “conversational” distances.

But, today’s pump-action shotgun does not have to be a retro-style scattergun that is the mirror image of one that would be found in a police cruiser in the 1950s. In fact, the tactical shotgun of today can be as cutting-edge and adaptable as the most advanced tactical carbine.

When it comes to reliable scatterguns, it is hard to beat the tried-and-true Mossberg 500. Mossberg has sold more than 10 million pump-action 500s over the past 53 years. The reliable 500 was first introduced in 1961, and all subsequent 500s were based on the same basic concept that was first designed by Carl Benson. At its heart, the shotgun features a single, large locking lug that is used to secure the breech, while the magazine tube is located below the barrel. It is a simple yet reliable design—one that has been refined over the years, but it can be hard to improve upon near perfection.

The 500 series was designed to be easy to clean and easy to maintain. It was conceived as a shotgun that could be used in harsh and even dirty conditions, and this has made it ideal for everything from waterfowl hunting to use in tactical and even combat situations. All of this is why it has remained very much a workhorse for sportsmen and women, law enforcement officers and military personnel for more than half a century. And to say that 500 can stand up to the elements is a true understatement.

The 500 and its offshoots have served countless law enforcement officers, sportsmen and members of militaries located around the world, including that of the United States. In fact, the 500 has the distinction of having survived testing by the U.S. government under its stringent MIL-S-3443 shotgun performance requirements, which involved a torture test that required it fire 3,000 rounds of 00 buckshot without a malfunction—which it did. The tests also included what can charitably be described as brutal environmental and handling tests.

While the 500 proved to be a fully capable tactical and sporting shotgun, end-users began requesting an enhanced variant of the basic 500, designed specifically for tactical applications. The result was what would become known as the 12-gauge Mossberg 590. Introduced in 1987, the new variant took the basic 500 platform and added a full nine-round capacity, with the tubular magazine under the 20-inch barrel being capable of holding eight 23/4-inch shells. This was a significant enhancement over the standard 500 that employed a six-round total capacity (as well as even the higher- capacity eight-shot 500 variants).

The 590 was an immediate hit, no doubt due to its reputation for reliable functioning, enhanced capabilities, very reasonable price point (a quality for which all Mossbergs are revered) and yes, its impressive appearance. However, there were still calls for a few more enhancements to the 590 platform.

One of these was to add rigidity to the barrel by increasing the barrel’s wall thickness, in response to feedback that “spirited” use of a bayonet on the shotgun required a little more rigidity in the barrel for support. One other request was for the triggerguard and thumb safety, which are made of plastic on the standard 500, to be made from aluminum. Mossberg responded to these requests, and the result was the 590A1, which combined the many appealing characteristics of the standard 590 with an even tougher and more rugged package.

And the new 590A1 series expanded beyond the iconic nine-round model with a bayonet lug and ghost-ring sights to include models with simple bead sights, three-dot sights, Picatinny rails or the familiar ghost-ring sight system to ones with Speedfeed stocks with spring-loaded spare shell storage areas, collapsible AR-style stocks with vertical pistol grips or the traditional synthetic stocks to compact six-shot models with a shortened magazine tube with a 5+1 capacity with 23/4-inch shells and 18.5-inch barrels (the compact models do not feature a bayonet lug).

Weights range from 6.75 to 7.5 pounds. Also of note is the fact that while this line was previously restricted to LE and military sales only, in 2009 Mossberg opened the line for sale to the civilian market as well. The result is a wide range of 500- and 590-based shotguns ready to face any tactical situation. 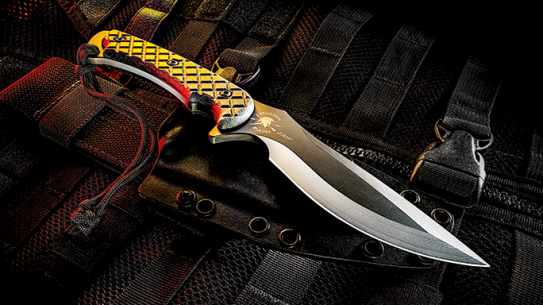 The Special-Forces-inspired Nyx is ready for combat!