by Michael Humphries
in Guns, Shotguns
0

Developed exclusively for law enforcement and military agencies (and only recently offered for sale on the civilian market), the pump-action 590A1 is the culmination of decades of development, enhancement and refinement of this classic Mossberg shotgun. It is based on the tried-and-true Mossberg 500 that has served countless law enforcement officers, sportsmen and members of militaries located around the world, including that of the United States.

In fact, the 500 has the distinction of having survived the U.S. government’s stringent Mil-S-3443 shotgun performance torture tests, which required that it fire 3,000 rounds of 00 buckshot without a malfunction—which it did. The tests also included what can charitably be described as brutal environmental and handling tests. But, the 500 is only the beginning of the story for the 590A1. 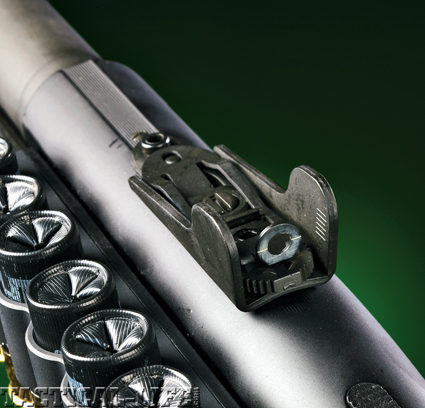 The rear sight is a ghost ring unit with heavy protective wings that mates up with a high visibility orange ramp front sight.

Although the 500 proved to be a fully capable tactical and sporting shotgun, end users began requesting an enhanced variant of the basic 500 designed specifically for tactical applications. The result: the 12 gauge Mossberg 590. Introduced in 1987, the new variant took the basic 500 platform and added a full nine-round capacity, with the tubular magazine under the 20-inch barrel being capable of holding eight 2¾-inch shells. This was a significant enhancement over the standard 500, which had a six-round total capacity. 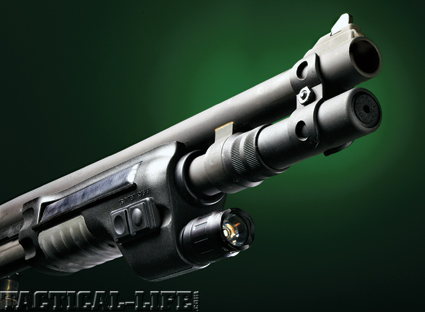 The author fitted the 590A1 with a Choate 7+1 magazine tube extension with a sling swivel base clamp.