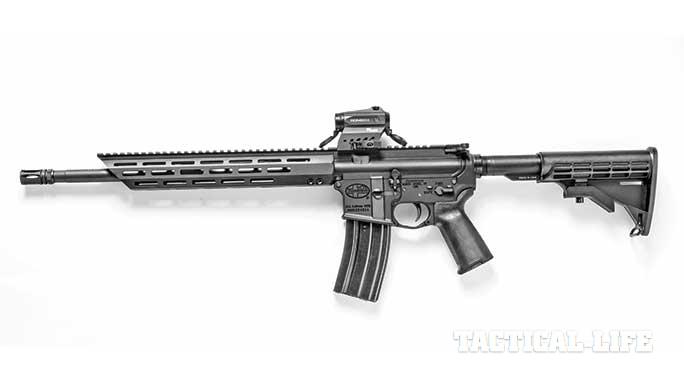 1 of 9
Mossberg MMR
Mossberg equips the MMR with a standard six-position-collapsible buttstock made of polymer as well as a Magpul MOE+ pistol grip for enhanced handling and control. 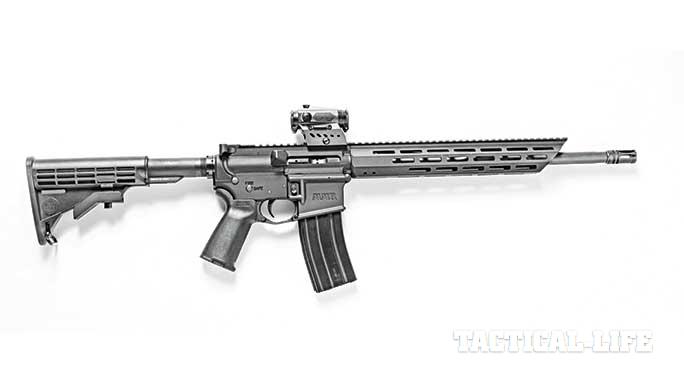 2 of 9
Mossberg MMR
Unlike more traditional AR-platform rifles, the Mossberg MMR’s upper receiver does not feature a forward assist or dust cover. 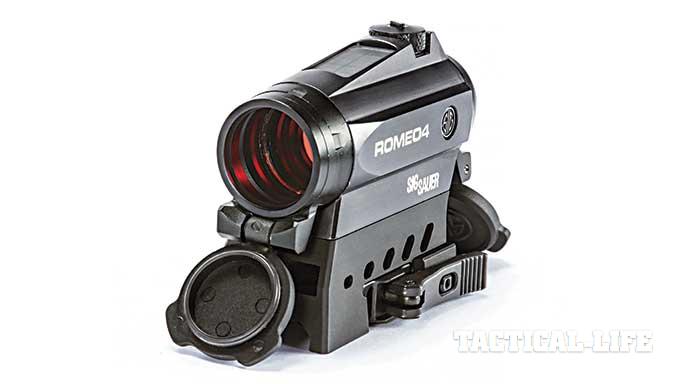 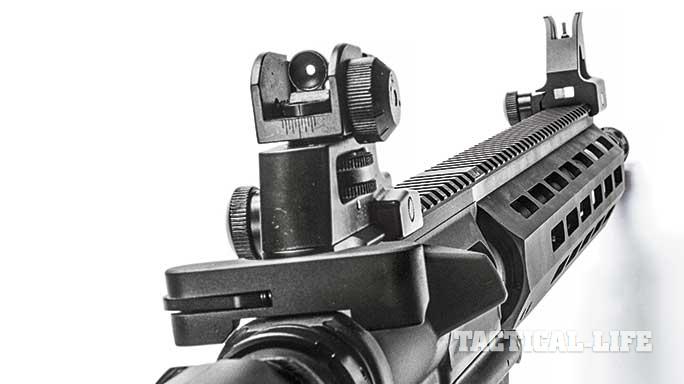 4 of 9
Mossberg MMR
The MMR’s long top rail provides plenty of space for optics and accessories, and Mossberg ships the carbine with adjustable, rail-mounted front and rear backup sights. 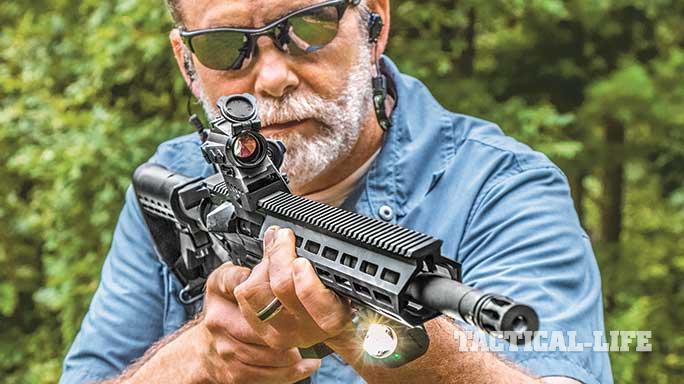 5 of 9
Mossberg MMR
Out of the box, the Mossberg MMR is a tack-driving carbine with sunrise reliability. In testing, it only performed better with the addition of a Sig Sauer Romeo4C red-dot sight and Crimson Trace’s LiNQ light/laser system. 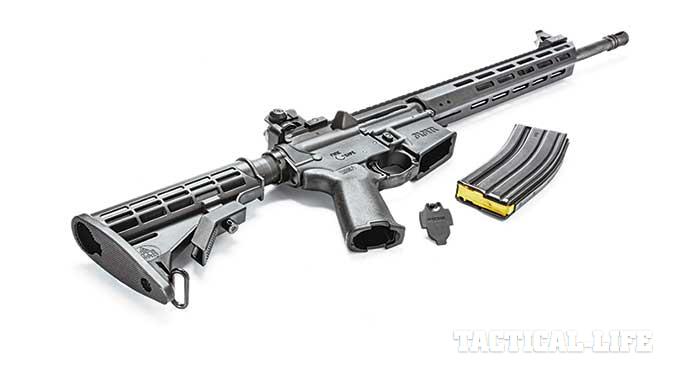 6 of 9
Mossberg MMR
With an MSRP of $910, you’d be hard pressed to find an AR-15 more accurate or reliable than the MMR. And despite being so affordable, it comes with a 30-round magazine. Also note the Magpul grip’s storage compartment. 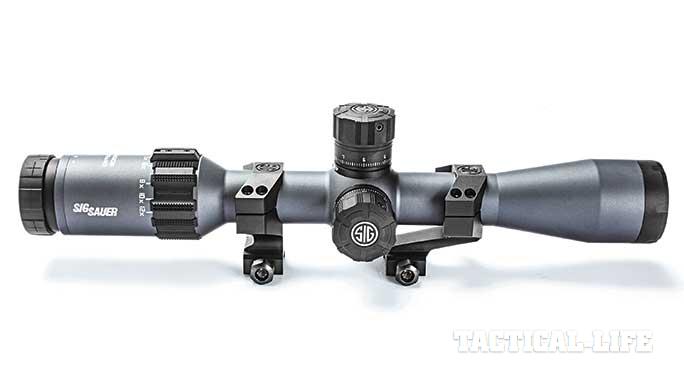 7 of 9
Mossberg MMR
A rifle is only part of the package, especially if long-distance shooting is your forte. For that you need a riflescope like the Sig Sauer Tango6, which is loaded with long-range features and comes with a coupon for a custom turret calibrated for your favorite rifle/load. 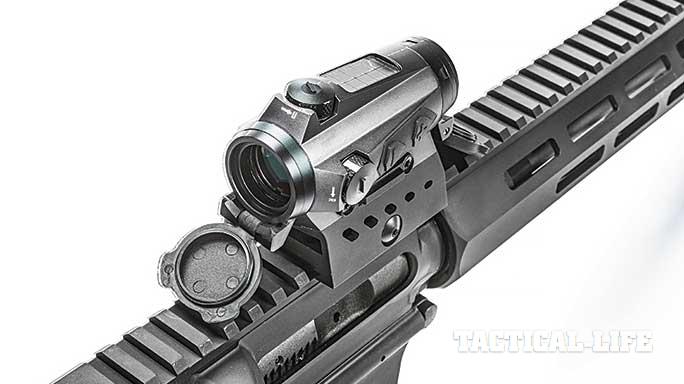 8 of 9
Mossberg MMR
Sig Sauer offers the Romeo4C with two mounting options to fit most rifles, and after firing 500 rounds through the MMR, the red dot had not lost its zero or showed any real signs of wear. 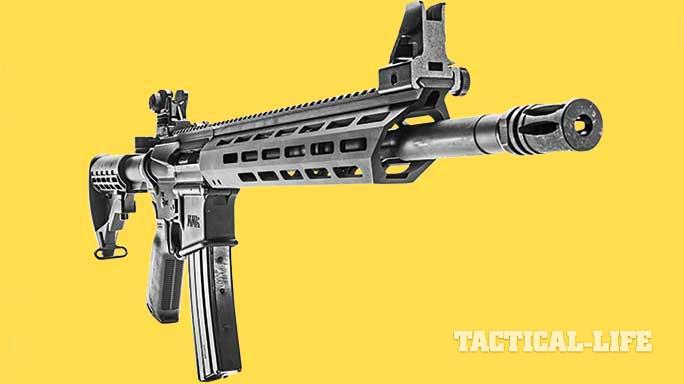 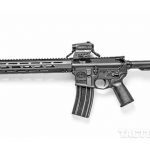 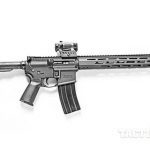 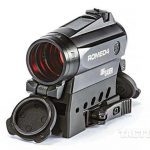 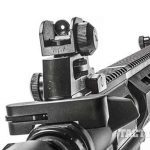 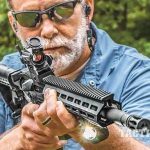 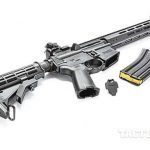 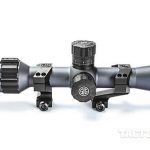 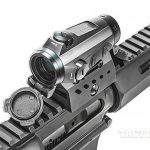 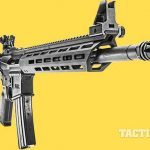 Mossberg has been offering AR-15-style rifles for a few years now. To some, Mossberg’s dive into modern centerfire rifles was a shock. After all, Mossberg is a shotgun company, right? Not so much any more. Yeah, it still builds some of the best utility shotguns on planet Earth, but Mossberg is now solidly in the rifle business, and I wanted to know what could be expected from a Mossberg MMR.

It’s not every day I get to abuse a firearm. It’s true: Those of us who make our living writing about guns get to shoot a lot of guns. But we almost never really get to shoot them a lot. This is because shooting guns requires time and ammunition. Time and ammunition are nothing but representations of money. Given what gun writers get paid, devoting a lot of time and a lot of ammunition to a single review is like working overtime for free. I understand there may be a few firearms journalists who make a lot of money, but I’m betting they have incriminating photos of their editors. I do not.

This review of the Mossberg MMR is not a product of the standard article production system I generally follow. Typically, when a new rifle arrives for testing, I mount a riflescope I trust and then beg for some ammunition from several sources. This generally develops into a few range sessions where somewhere between 200 and 300 rounds are fired. Most gun reviews, by most gun writers, are sort of like a test drive.

I’m not knocking the works of my peers—I’m just stating facts. With most gun articles you truly get a good introduction to the firearm. This review is different. You’re not going to get that standard part-by-part description of the AR-15, and you’re not going to get an explanation of how the AR-15’s direct-impingement operating system works. (There are books that do that, and I wrote one of them.) I’m just going to tell you about my experiences shooting the Mossberg MMR, and I shot it a lot.

The newest version of the MMR was provided by Mossberg to support a comparison review in another magazine. While conducting the accuracy and field-testing for that article, 250 rounds were fired through the MMR. It proved to be the most accurate of the four rifles tested, averaging 1.12 inches for five 5-shot groups with three different loads.

The test loads were emblematic of those you might actually use in a Mossberg MMR. If you’re just a plinker who shoots for fun, Hornady’s 55-grain American Gunner load is an ideal choice. It averaged an impressive 1.04 inches for five 5-shot groups. For deer hunting, the Barnes 62-grain Triple Shock is an exceptional choice in .223 Remington, and it turned in an average group size of 1.62 inches. The real shooter was the Black Hills varmint load using the 50-grain Hornady V-MAX bullet. The average for five groups with this load was just 0.71 inches!

As it just so happened, at about the time I finished that article, Sig Sauer sent me one of its new Tango6 riflescopes to test. You may not realize that Sig Sauer has stepped into the optics market, but it has, and its product line is rather extensive. Sig’s Tango6 riflescopes are part of the company’s tactical line and they’re loaded with the features you’d expect on a scope designed for tactical missions.

Sig sent me its 2-12x40mm Tango6 model with an illuminated MOA reticle. The reticle on this scope is tactically placed in the first focal plane so it can be used for range estimation and ballistic correction no matter what magnification the scope is set to. Like all Tango6 scopes, it has high-definition glass, motion-activated reticle illumination, anti-reflective Spectra-Coat and abrasion-resistant lens coatings, and a customizable ballistic turret. All of this comes with an infinite, unlimited, lifetime guarantee.

Since I needed an accurate rifle to test this scope, and since I still had the Mossberg MMR on hand, it seemed like the perfect choice to help with the optic evaluation. Fortunately, Hornady had provided more ammunition than was necessary for the previous test, and since the American Gunner load was nearly a 1-MOA performer in this rifle, that’s what I used.

I tested the Sig Sauer Tango6 riflescope every way I knew how. I conducted box drills by adjusting the reticle and firing groups, I tested for point-of-impact shifts throughout the magnification range, I shot at targets in bright light, and I shot at targets in dim light. I even spun the adjustment knobs like a 1980s teenager turning on a car radio. In all, this scope performed to perfection.

I was just about to send the MMR back to Mossberg when Crimson Trace sent me one of its new LiNQ systems to beta test. The LiNQ system is a white light and green laser module that mounts to the handguard of an AR-15. The uniqueness of this system is that you can control the light/laser module wirelessly via a replacement AR grip. If this system performed as advertised, there would clearly be no better way to work a light and laser onto an AR-15.

Like what you’re reading? Check out the rest of this article in ‘AR Rifleman’ #189. For information on how to subscribe, please email [email protected]outdoorgroupmags.com or call 1-800-284-5668. 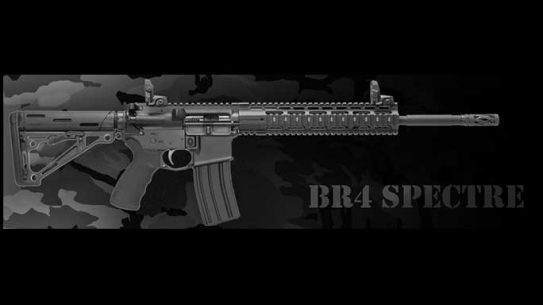 The Liberty Police Department in Liberty, Texas has upgraded its arsenal with four new...