My wife tells me I am simple and predictable. My passions may wax and wane, but my interests remain boringly constant. Apparently, I am not alone. I recently learned that there is an 80-percent crossover between gearheads and firearms enthusiasts. Odds are, if you like anything bearing an internal-combustion engine, you probably like things that send small pieces of lead downrange at hundreds or thousands of feet per second with pinpoint accuracy. 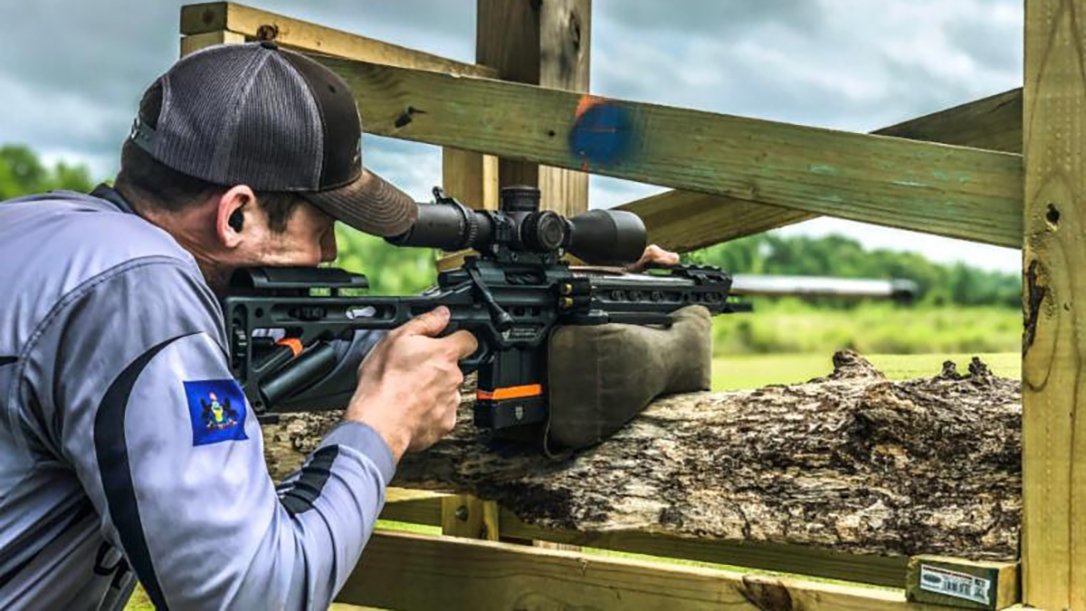 Which brings us to the sixth annual Motoschützen. When my editor told me to go to Cody, Wyoming, to cover it, I told him I wasn’t familiar with the event. He laughed and explained that I would be responsible for exposing the week of motors, machine guns and mayhem to the world. (I still can’t believe they pay me to do this.) So, I hit the road and picked up photographer Alex Landeen on the way.

Cody might be small, but the people are friendly and everything is named after Buffalo Bill. We arrived that evening and met up with the Motoschützen crew at the Silver Dollar Saloon. Alex looked a little green around the gills, so I was forced to uphold our manliness by drinking both his share and mine. Fortunately, I have been in constant training for just such a crisis for the last 20 years. I also got to meet our host, Media Direct’s Mark Sidelinger, and learned a little more about the eclectic crew he assembled in the pursuit of embracing everything that makes America the most awesome country in the world. And the longer I hung out with this merry band of rabble rousers, the more enamored I became.

So what the hell is Motoschutzen, and who goes to it? Well, it is a pretty elite group by any calculation. Imagine you are the head of a company that makes firearms, or the head of marketing, or someone who has been entrusted with a great deal more responsibility than any sane person would ever give to, well, someone like me. Perhaps you are in charge of a major marketing firm that caters to the firearms industry. Such a position comes with good and bad news. You’re a recognized leader, but tremendous responsibility weighs on your shoulders.

The gun business also isn’t the place to go if you want to get rich. The industry is flooded with good companies, profit margins are low, and in case you haven’t noticed, demand has gone down since Hillary Clinton lost to Donald Trump. The “Trump Slump” has made it really hard to sell guns. You might be worth millions, but every penny of equity is tied up in your business and making sure your employees still have a job tomorrow.

With this kind of pressure and stress, how do you unwind? By taking one week a year to hang out with a bunch of people who have the same worries as well as the same aspirations and enjoy the same things. And man is it a hoot!

Watch the video above to learn more about Motoschutzen. Want to read the entire story? Pick up a copy of the March 2020 issue of Tactical Life Magazine. Grab digital or physical copies at OutdoorGroupStore.com.