ABOARD A U.S. MILITARY PLANE, Dec. 20, 2009– Navy Adm. Mike Mullen said his  trip to Afghanistan, Pakistan and Iraq has given him an opportunity to assess changes in strategy and meet the men and women who will carry out that strategy.

Overall, the chairman of the Joint Chiefs of Staff said he was pleased with the trip. In addition to meeting the leaders of the respective countries and U.S. military and civilians, the trip also gave the chairman a chance to meet thousands of U.S. servicemembers and assess their attitudes, ideas and morale.

In Afghanistan, Mullen visited troops in Regional Command—East in and around Bagram Airfield and in Regional Command-South – the Kandahar and Helmand area. “Overall, I’m impressed with the progress, (but) time is still of the essence,” Mullen said during an interview with reporters aboard a C-32 returning him to a snowy Washington.

The chairman focused on spending time with the 1st Battalion 17th Infantry, a part of the 5th Stryker Brigade Combat Team of the 2nd Infantry Division. The unit, based at Forward Operating Base Frontenac in RC-South has taken 21 killed in action and more than 40 wounded.

“They’ve been through so much,” Mullen said. “I was taken with their resilience, their positive outlook in the midst of an extraordinarily difficult deployment.”

One outgrowth of the visit with the unit was that Mullen wants to know how the services replace their combat losses in theater. “I just need more detail on that,” the chairman said.

In Afghanistan, Mullen walked through Matta Khan in Regional Command-East and in Nawa in RC-South. The walks are not some exercise in machismo, but an attempt to assess the effects of the strategy on the ground.

Mullen was in Nawa in July soon after the Marines pushed into the area. He found that the situation had profoundly changed. “That’s proof of concept,” he said. “(The strategy) works, and I was amazed at the speed with which it turned around.”

The chairman met with local Afghan leaders wherever he went. Through a translator, an Afghan tribal leader in Kandahar said, “It is embarrassing to us that you send your young men and women over here to die for our protection. Give us the aid and training and we will die for our own country.” The chairman said this attitude comes from the tribal and warrior culture of Afghanistan, and “we should be able to leverage that (attitude) for the best for the country.”

Mullen said what he saw in Afghanistan reinforces his belief that the new Afghan strategy is the right approach.

The chairman visited Pakistani civilian and military leaders in Islamabad. He also visited the Swat Valley – an area that the army has retaken from the Taliban. Swat was in danger, and the Taliban began moving even closer to the Pakistani capital. His visit there showed that the Pakistani military has done a good job of counterinsurgency. The army cleared the vcally and is holding it.

“Admittedly it’s not complete because the reconstruction is still out there,” Mullen said. “Too many people eagerly and easily criticize Pakistan for what they haven’t done, and when I go to Swat and look at what they did there on the military side I think it’s pretty extraordinary.”

In Iraq, the changes have been nothing short of astounding, he said. When Mullen took over in October 2007, the surge of American forces was at full, and all anyone in Iraq wanted to talk about was the security situation.

During his two days in Iraq, Mullen met with people at all levels of Iraqi society – from shopkeepers to defense ministers to provincial governors. They only tangientially spoke about the security situation – as in it is safe enough now to create jobs. In Abu Ghraib, another market walkabout for the chairman, the main complaint was not security but that there wasn’t any parking.

“There is a feeling that ‘now it’s over to you,’” Mullen said. “It’s not as if we are walking away, but (Iraqi leaders) are going to have to figure it out for themselves.”

The Iraqis understand that they “own” their country in a way that wasn’t apparent when U.S. forces had the lead in security affairs, he said. Iraq is less dependent than it was, in large part due to the June 30 withdrawal of American forces from Iraqi cities and towns. The looming deadline led to greater self-reliance, faster.

He drew parallels with that process in Iraq, with the July 2011 date in the new Afghan strategy. In agreeing to send 30,000 more American troops to Afghanistan, President Barack Obama also said that U.S. forces will start withdrawing July 2011. Just as setting a date-certain speeded up the process in Iraq, Mullen expects the same to be true in Afghanistan.

The admiral also said he received another proof of concept over the advise and assist brigade concept. After all combat troops are out of Iraq on September 1, 2010, six of these U.S. brigades will assume the role of mentoring and partnering with the Iraqi security forces. The first two brigades are in country now – the 4th Brigade 1st Armored Division based in Talil and the 1st Brigade 82nd Airborne Division in Ramadi. 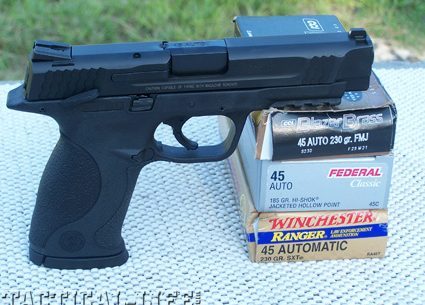