Visit msnbc.com for Breaking News, World News, and News about the Economy

WASHINGTON, April 2, 2009 – The global financial crisis is adding a layer of uncertainty that could exacerbate problems in many parts of the world, the chairman of the Joint Chiefs of Staff said on NBC-TV’s “Today Show” this morning. “This global financial crisis in the months ahead could have a significant effect on security around the world,” Navy Adm. Mike Mullen told host Matt Lauer during the interview. “That creates an additional sense of urgency [for leaders] in resolving that as fast as we can.”

The chairman did not speculate as to where problems might crop up. Some obvious groups may take advantage of the added uncertainty of the financial crisis in their areas, but there are other areas in which planners may not have advance warning.

Mullen also touched on the importance of civilian experts and the troop-level increase in Afghanistan.

Building government entities, improving agriculture and creating jobs will help improve the long-range outlook for Afghanistan. “That aspect of moving forward is really critical, and we haven’t had that to date,” Mullen noted.

The increase in U.S. troop levels that President Barack Obama has announced will serve two purposes, the chairman said. The 17,000 additional forces are combat troops and “are really focused on turning the tide with respect to the violence level and providing security for the Afghan people,” he said. “Our center of gravity is the Afghan people who we’ve got to get to a point where they feel secure.”

The chairman said 4,000 additional soldiers will train the Afghan security forces, and are the long-term aspect of the new Afghanistan-Pakistan strategy the president announced last week.

“The exit strategy in Afghanistan is to have them provide for their own security — the police, the army — and those 4,000 troops will be focused on that,” Mullen said. 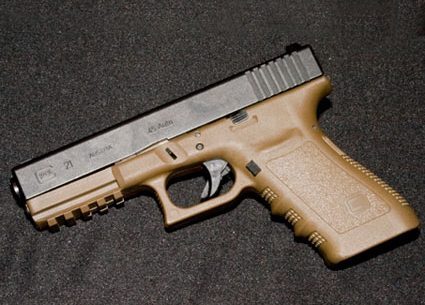 Noteworthy hardware at the tip of the spear, unveiled at the Naval Expeditionary Forces...