KIRKUK, Iraq– Despite the historical differences that challenge progress in Iraq’s Kurdistan region and Kirkuk province, the chairman of the Joint Chiefs of Staff said he’s struck by the governance and security milestones recently achieved here.

“Overall, [issues here] were more balanced than I thought they would be, based on the kinds of demands I was expecting [and] based on my understanding of the depth of the challenges here historically,” the admiral said.

Kirkuk and Iraqi Kurdistan are made up of Sunnis, Shias, Christians and even a small percentage of Jews, but Kurdish disparities are with Arabs. While tensions throughout Iraq and the region historically have been sectarian-related along religious lines, Iraqi Kurds have disputed themselves separate from Iraq due to ethnic differences.

Iraqi Arab and Kurdish differences have escalated since the 1958 Iraqi Kurd revolution and continued through Saddam Hussein’s regime. Hussein is responsible for thousands of mass killings of Kurds in Iraqi Kurdistan, which caused Kurds to live in fear until Hussein was ousted from power in March 2003.

In Mullen’s meetings today, he received a snapshot of the progress Kirkuk province has made despite its ethnic differences and despite its being the only Iraqi province not officially responsible for its own security.

“There is a division between things in the north,” Mullen said. “But [Arab-Kurdish] relations here are the decisive effort.”

U.S. troops from 1st Cavalry Division’s 2nd Heavy Brigade Combat Team here told the chairman that their No. 1 objective in Kirkuk is to focus on developing ethnic interactions to enhance community relationships.

Army Col. Ryan Gonsalves, the top U.S. commander in the province, said building trust in all communities is their goal. This will improve the security environment and political process greatly, he said.

Although the province hasn’t officially transitioned full security responsibility, Mullen described the Iraqi security forces in Kirkuk as a possible model for the other provinces.

According to coalition commanders in Iraq, Kirkuk is the only large city in Iraq where the local police force is responsible for sole security, with the army operating on the outskirts, the chairman said.

“I feel that if they can somehow figure a way ahead here, it’s almost representative of what they can do for their country,” Mullen said. “[Kirkuk’s security forces] have their challenges, but they’re leading the operations. The other thing that’s going on is the Iraqis are working their way through the rule of law and how to govern themselves.”

Still, Mullen said he stressed to the local leaders that U.S. forces are nearing the end of their tenure there. The 125,000 U.S. military members serving in Iraq will begin to loosen their footprint after the provincial and national elections in January 2010 and eventually dwindle to between 35,000 and 50,000 by the following summer, he said.

“My message to them today was that we’re leaving, and you’d better figure it out,” he told reporters. “We’re on a schedule to leave here in January, then we are rapidly coming down through August.” 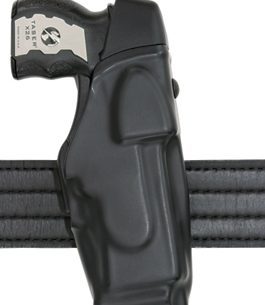 KIRKUK, Iraq– Despite the historical differences that challenge progress in Iraq’s Kurdistan region and…