NEWPORT, R.I. – Yemen has posed a concern as a potential terrorist safe haven for some time, and the United States will continue to work with its government to prevent that from happening, the chairman of the Joint Chiefs of Staff said at the Naval War College here today.

Navy Adm. Mike Mullen said the U.S. military has no plan to conduct combat operations in Yemen, nor does the Yemeni government want U.S. combat forces in the country.

Rather, he said, the U.S. military will help the Yemeni military with equipment and training. U.S. military officials have been concerned about the country long before the attempted bombing of an American passenger jet on Christmas propelled it into the news, the chairman added.

“It’s been a concern of mine for a long time now because of what it represents, which is the potential for … a safe haven for al-Qaida, as does Somalia and as do, quite frankly, some other parts of the world that are ungoverned territories or ungoverned parts of certain countries,” he said.

The American military has provided training to the Yemeni armed forces, including to helping train the Yemeni coast guard to combat piracy. “We’ve been focused on Yemen for a significant period of time, and we’ll continue to support them and help them,” the chairman said.

Mullen said people ask him often if the United States is going to send troops to the nation. “The answer is we have no plans to do that, and we shouldn’t forget this is a sovereign country,” he said. “Sovereign countries get to vote on who comes in their country and who doesn’t.”

The effort in Yemen is not limited to the military, the chairman said; all aspects of U.S. governance are helping in the nation.

America recognizes the seriousness of the situation in Yemen and will continue to work with the Yemeni government, Mullen said. 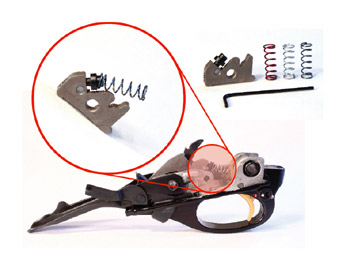 NEWPORT, R.I. – Yemen has posed a concern as a potential terrorist safe haven…