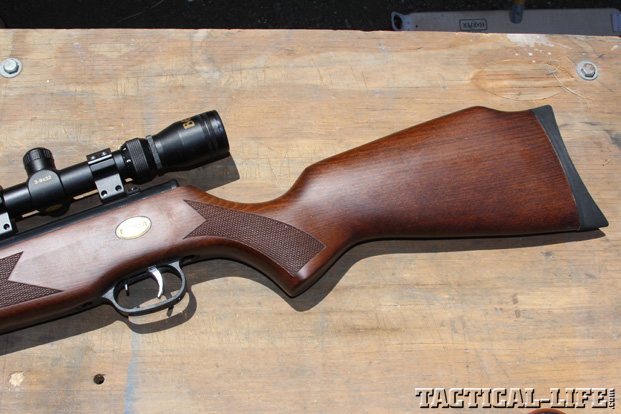 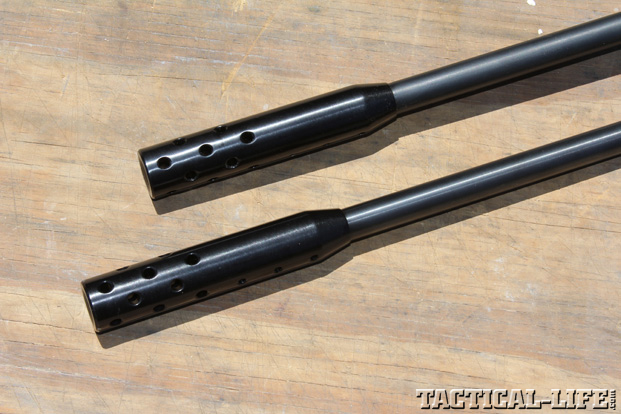 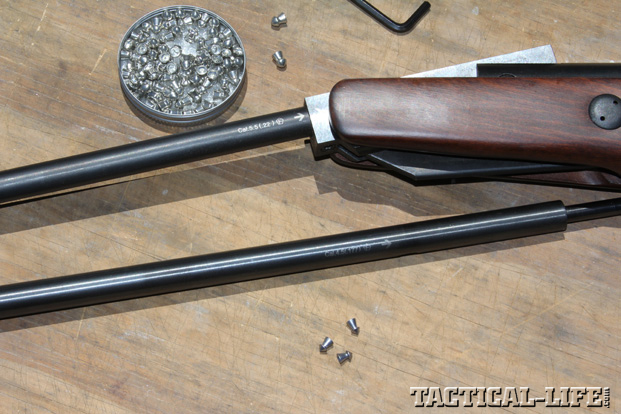 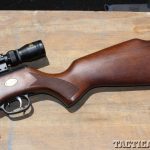 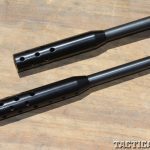 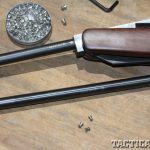 I love getting two guns for the price of one! Like my Thompson Encore handgun, or my LMT MRP rifle, the idea of being able to swap out barrels and calibers and getting a “new” weapon gives me a thrill— especially living in a state where they’re always threatening to take more of our gun rights away. I’m always prepared for the day when they decide I can only own one gun, and that gun better be one that I can swap out for at least one other caliber through a conversion kit.

Now Beeman Precision brings that concept to airgunners with the RS2 Dual-Caliber Air Rifle Combo, which includes .177 caliber and .22 caliber barrels. This is a particularly great development for shooters like myself who grab all their bags and guns and gear and then realize they’ve gotten into the woods with .177 pellets and a rifle chambered for .22.

The Beeman RS2 is a break-barrel spring-piston air rifle featuring an adult-sized Monte Carlo-style stock tipping the scales at 7 pounds. It features a 4X scope and the extra barrel comes neatly wrapped up in a soft case with Velcro tie-down straps to secure the parts. Made for Beeman in China, the fit and finish on the RS2 is excellent, with nothing “cheap looking” about the blued barrels and dark stained wood stock. The receiver and the two barrels feature fiber optic sights if you want to remove the attached scope, but I stuck with the optics because the RS2 is crazy accurate, pumping .177 pellets out at nearly 1,000 fps—getting solid hits on spent shotgun shells at 75 yards was a blast.

Swapping out the barrel from .177 to .22 caliber was easy—just used the supplied Allen wrench to loosen the screw on the breechblock on the bottom side of the barrel to remove it. Then slide the new barrel completely into the breech block until the screw holes line up, and replace the set screw (the rifle comes with an extra set screw) and tighten it down. Close the barrel and make sure the breech seal is lined up and you’re good to go.
One thing I found out when checking the gun’s instruction manual was that when you change barrels, you must sight-in the gun again! It will not shoot to the same point of aim, even if you sighted-in the previous barrel before swapping it previously. With the cost of pellets compared to centerfire ammunition, it’s not a big deal to sight in each barrel. I set out with a goodly supply of Beeman’s extra heavy 21-grain .22 caliber Kodiak pellets, my backyard “hunting” load, and their Crow Magnum 8.8-grain hollowpoints in .177.

The California sun was running at 106 degrees Fahrenheit and the tins the pellets came in actually became too hot to touch, but the RS2 ran magnificently. Each barrel break ensured proper leverage to cock the rifle’s strong spring-piston powerplant. By the end of the afternoon, I knew I had a new break barrel to add to my armory.

1 of 2
Photos by Chris Rohling 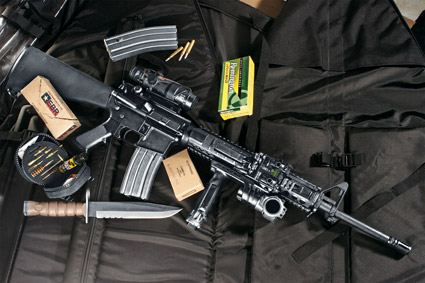 2 of 2
Photos by Chris Rohling 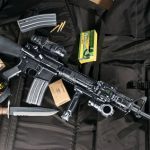 Finally, even I could not screw up and bring the wrong pellets! With a maximum velocity of 1,000 fps in .177, and 830 fps from the .22 caliber barrel, the RS2 would make a wonderful small plinking or game gun in either caliber. To have both pellet sizes, for shooting anything from barnyard pests or soda cans, with an MSRP of less than $160 including optics, the Beeman RS2 Dual Caliber Air Rifle Combo is one of the true air bargains out there. For more information, visit beeman.com or call 800-227-2744.

1 of 2
Photos by Chris Rohling

2 of 2
Photos by Chris Rohling

I didn’t want to get into pre-charged pneumatic airguns. I just don’t have room for a SCUBA tank in my garage to power PCP rifles. I was perfectly willing to be happy with my break-barrel spring pistons, and then Crosman just had to draw me in with their Marauder Woods Walker!

DOUBLING DOWN: You see, the .22 caliber Marauder Woods Walker is not just a PCP rifle. It’s a rifle and handgun in one! With a simple screwdriver you can switch out the Realtree AP Camouflage-finished pistol grip for the matching camo shoulder stock. It was that shoulder stock that cemented the deal for me: I have that same stock on my Crosman pump 1377 and it converts a long-barreled plinking pistol into a rock steady, tack driving, small game hunting carbine.

PUMP IT UP: Okay. The Marauder Woods Walker was now going to be my woods-walking companion—but I still had to get over my aversion to PCP air guns. Where was I going to put that SCUBA tank? Well, Crosman came to the rescue there, too, with their Benjamin PCP Pump. It’s a high-pressure three-stage hand pump that was designed to work with Crosman and Benjamin PCP guns. For a shade over $200, it frees you from having to make friends with that weird guy at the Dive Shop, and allows you to get your Marauder up to running speed with a little manual effort. (crosman.com; 866-662-4869) 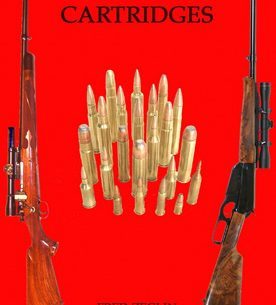 I love getting two guns for the price of one! Like my Thompson Encore…