WASHINGTON– Piracy often is romanticized in popular culture, from children’s toys to pulp novels and major motion pictures, but for those who work on the high seas, piracy is a dangerous and harmful reality.

To combat piracy around the Horn of Africa, the Combined Maritime Forces created Combined Task Force 151 in January to deter, disrupt and suppress piracy and maintain free channels for ships navigating the area.

A major facet of their mission in the long term is to help nations bordering the gulf — such as Yemen and Somalia — build their naval capacity, so they can deter piracy themselves.

“It stands to reason, the more capacity we can build is in the interest of the international maritime community,” Blount said. “As much as we can, we will push forward with them. We just have to make sure that exactly the right circumstances are set for a meaningful engagement that will be a benefit for both sides.”

More than 30 ships and aircraft from 17 nations including the United States, China, Russia, India, Malaysia, South Korea, the European Union and NATO patrol the gulf. Task force officials want to foster better relations with nations using its area of operation, which also includes the Red Sea and the Indian Ocean. So far, Sanders said, that portion of the mission is going quite well.

“I had [Dutch Navy] Commodore Pieter Bindt of the European Union here last week on the USS Anzio, and he said – and I didn’t prep him with this line – ‘This is the maritime strategy at work each and every day in the Gulf of Aden,’” Sanders said. “At the end of the day, that makes us all very proud. Every time we end another day without a piracy attack, we feel pretty good about ourselves, and we’ve had a lot of those nights lately, I can tell you that.”

Another part of their operation is maintaining open communication with ships passing through the gulf and providing guidance should they be approached or attacked by pirates. Primarily, he said, they encourage captains not to surrender immediately or give up their ship.

Because the area of operations is fairly small, simply taking evasive maneuvers can give enough time for a member of the task force’s fleet to come to the scene of an attack, Sanders said.

“We can’t be every place, but in the [Internationally Recognized Transit Corridor], there usually isn’t a ship too far,” Sanders said.

Sanders and Blount said that no ship that’s taken the proper countermeasures within the corridor has been successfully boarded by pirates — though there have been instances in which ships were boarded after straying from the measures the task force prescribes.

“The reason the IRTC was put in place was to properly coordinate the movement of ships from one end of the Gulf of Aden to the other, and it’s been quite successful,” Blount said. “But what we’ve found is that despite the number of military units we have patrolling, if the merchant ships weren’t doing their bits, they could still be pirated.”

He said it’s to merchant mariners’ “enormous credit” that they’ve been more courageous and active in taking anti-piracy measures. It’s created an environment in which pirates are less brazen and spend more time hiding and looking for an easy target.

The results Sanders has seen while commanding the task force have been beyond imagination, he said. If he didn’t witness it every day, he added, he couldn’t possibly fathom the goodwill it’s created.

“No matter what country you’re from or what your politics are, piracy is not in your national interest,” Sanders said. “There’s a level of confidence. … It’s one of those things where you can read about it, but when you actually see this level of cooperation happening at sea, it’s really remarkable.” 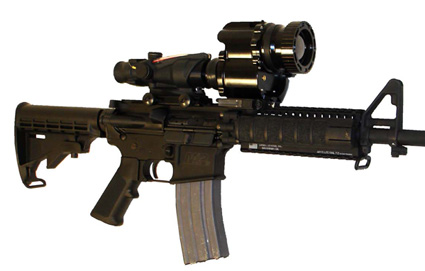