WASHINGTON, April 3, 2009 – A potential North Korean test launch of a three-stage missile would have a negative impact on efforts to lessen tensions in the region, a U.S. State Department official told reporters here yesterday. Senior U.S. diplomats have urged North Korea “to desist from launching any type of missile,” spokesman Robert Wood said at a news conference.

The North Koreans insist that their Taepodong 2 missile that is expected to be launched in the coming days is carrying a communications satellite for peaceful purposes. North Korea’s neighbors South Korea and Japan are alarmed at the possible launch. The North Koreans conducted an unsuccessful missile launch in 2006 when their rocket briefly passed over Japanese territory.

“It would be counterproductive,” Wood said of the possibility of the North Koreans conducting another missile test.

International diplomats have employed Six-Party Talks to persuade North Korea to jettison its nuclear weapons program. Arms control experts believe that a nuclear-armed North Korea would ratchet up tensions and prompt a nuclear-arms race across the region.

“We want to see the North get back to the six-party framework and focus on denuclearization,” Wood said.

Before meeting with Lee, Obama told reporters he was concerned about global economic issues, as well as defense, peace and stability on the Korean peninsula.

Afterward, a senior U.S. official said Obama and Lee had “a fair amount of discussion on the North Korean issue.”

Officials estimate the North Koreans could test their missile within the next few days.

A North Korean missile launch would be a violation of United Nations Security Council Resolution 1718, the U.S. official told reporters, noting that the United States and South Korea would consult closely about how to respond firmly at the U.N. if the launch occurs.

“I don’t know anyone at a senior level in the American government who does not believe this [North Korean missile] technology is intended as a mask for the development of an intercontinental ballistic missile,” Defense Secretary Robert M. Gates said during his March 29 appearance on the “Fox News Sunday” TV news show.

“And, we have continued to call on the North to not undertake provocative acts that only inflame the situation in the region,” Wood said. “And, we’re going to continue to do that, and our allies have certainly done that.” 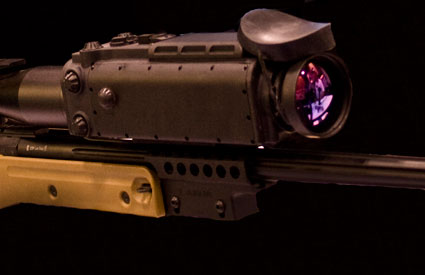