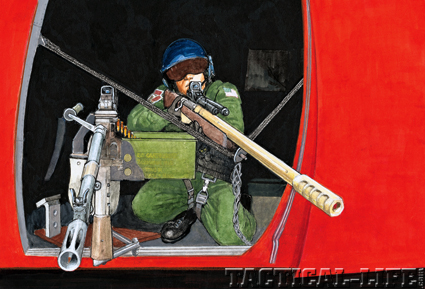 Traveling at more than 120 miles an hour over the blue waters of the Caribbean Basin, the radio on the U.S. Coast Guard HH-65 Dolphin crackled with an updated position of the target. The cutter the aircraft is deployed from is tracking a radar contact, traveling a straight line north from the Colombian coast at more than 40 knots. Judging by the speed and direction of travel, it’s a good bet the boat is transporting a load of cocaine to one of the islands. The job is to maneuver close to the vessel, verify her nationality and, if there’s an indication of narcotics, initiate contact and compel her to stop, so a small boat can catch up and deliver a boarding team.

Less than a mile from the target, visual contact is made and the helicopter drops altitude, maneuvering just aft of the vessel. Supporting the aircraft’s pilot and crew is a two-man aerial use-of-force team, with a controller to relay communications and commands and a precision marksman who delivers warning shots, and disabling and covering fire. To accomplish these tasks, an M240B belt-fed machine gun is mounted in the helicopter and an MK 14 Mod 0 Enhanced Battle Rifle (EBR), an updated version of the M14, rides along. The helicopter’s maneuvers are scripted and precise, and soon the aircraft is in an ideal firing position, just outside the effective range of any small arms the go-fast boat crew may have.

Smuggler Rundown
A tarp covers the go-fast boat’s interior, but fuel barrels and packaging consistent with narcotic loads can be seen near the bow. No registration numbers are printed on the hull and the lack of a hoisted flag leaves the vessel’s nationality in question. The helicopter powers on its spotlights and orders the go-fast to haul to, over both a loudspeaker and VHF-FM radio. There is no response, as the vessel maintains her course and speed. As the pilot continues his attempts to make contact, the precision marksman views the scene through an Advanced Combat Optical Gunsight (ACOG) mounted to the M240B, as his controller radios back to the cutter with a description of the vessel and requests to escalate force. With no response from the go-fast boat and continued non-compliance with the aircraft’s commands, the cutter and her operational command give the clearance to deliver warning shots and, if needed, disabling fire, to stop the vessel. The M240B mount is already swung into a ready position, with the precision marksman manning the weapon. The controller gives commands to ready the weapon and clears the surrounding waters, taking note that no vessels other than the target are in sight. The marksman places a belt of ammunition onto the M240B’s feed tray, pulls the bolt to the rear, and aims toward the undisturbed water forward of the go-fast boat, then waits for the command to fire. 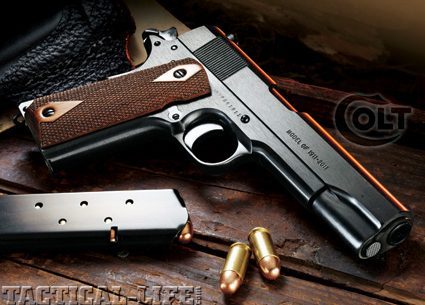