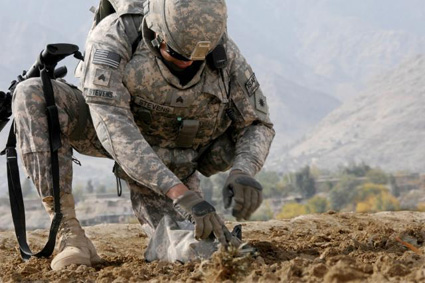 ARLINGTON, Va.– The National Guard continues to make a significant contribution to developing agriculture in Afghanistan, one of the initiatives that President Obama discussed Dec. 1, in his speech to the nation.

“We will … focus our assistance in areas – such as agriculture – that can make an immediate impact in the lives of the Afghan people,” the president said in a televised speech made from the U.S. Military Academy in West Point, N.Y.

Eight National Guard Agribusiness Development Teams are currently on the ground in Afghanistan, and more teams are preparing to deploy, Guard officials said.

Secretary of State Hillary Rodham Clinton told the Senate Armed Services Committee that civilian partnerships, in combination with military efforts, are crucial to success in Afghanistan.

Agriculture provides a majority of Afghanistan’s gross domestic product and employs more than 70 percent of its citizens, said Col. Martin A. Leppert, who oversees the ADT program for the director of the Army National Guard.

The ADT program was begun by the Missouri National Guard in 2007.

“Nowhere does today’s 21st-century minuteman embody the citizen-Soldier promise better,” said Air Force Gen. Craig McKinley, the chief of the National Guard Bureau. “We send Guardsmen, whose skills and livelihood are earned in agribusiness in the United States, to this war-torn country to help better its farming industry.”

He cited two accomplishments by these ADTs: the development of clean and sanitary meat-processing facilities powered by renewable energy sources and teaching Afghans how to build wind turbines to help produce power.

“It’s easy — and wrong — to see Afghanistan’s natural condition as perpetual war,” Leppert said. “And it’s just as easy, and just as wrong, to think Americans have no common bond with the Afghan people. The National Guard may have found it and is working very hard to literally grow that bond in Afghanistan’s remote rural farming regions.”

Last month, the Oklahoma National Guard’s 1-45th ADT, left the Camp Atterbury Joint Maneuver Training Center in Indiana, where they were preparing for their deployment, to get off-site training – at a local apple orchard.

The owners of The Apple Works in Trafalgar, Ind., gave the citizen-Soldiers tips about crop pollination, spacing of orchard trees, pruning, thinning techniques and management of crops to produce the highest yield.

“I feel honored to help troops train and work toward a greater cause,” owner Sarah Brown said.

But it may be the pomegranate, not the apple that helps the ADTs to foster both long-term improvements in the lives of Afghan farmers and in the relationship between Afghans and Americans, Leppert said.

“Before the Soviet Union invaded Afghanistan in 1979, pomegranate trees were in abundance,” he explained. “The pomegranate was a valued export crop. In their decade-long devastation of Afghanistan, the Soviets practically denuded the nation of pomegranates.

“And then came the … National Guard. When the ADT teams discovered the pomegranate’s history, it wasn’t long before about 10,000 pomegranate saplings were being given to the Afghan farmers, who treated them as if they were made of gold,” Leppert said.

“It will be a long time before all those saplings bear fruit, and longer still before pomegranate groves become common again in Afghanistan. But the connection with our ADTs and the replanting of the pomegranate will not be forgotten for as long as these farmers — and their children and grandchildren — tell the tale.” 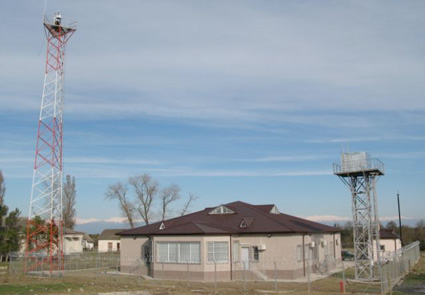