The headquarters is a corps-level organization that will oversee the tactical, day-to-day operations in the country.

The new headquarters would allow the four-star commander of NATO forces in Afghanistan, Army Gen. Stanley A. McChrystal, to concentrate on the big-picture parts of the conflict, including building relationships and coordinating with the Afghan and Pakistani governments, as well as as nongovernmental and international agencies, and overseeing training for Afghan security forces.

The intermediate headquarters would coordinate NATO and allied efforts in Afghanistan where about 64,500 servicemembers from 42 nations serve in NATO’s International Security Assistance Force. Nearly 30,000 of that total are American. An additional 28,000 Americans are serving in Afghanistan outside of ISAF.

Most of the troops assigned to the intermediate headquarters would come from the U.S. Army’s 5th Corps based in Germany, officials said. Still, other NATO and NATO-allied nations would contribute to manning the organization.

NATO-aspirant Georgia has volunteered to send a battalion to work with NATO forces in Afghanistan next year, officials said. U.S. Marines have deployed to the nation to train the 750-person unit. During that six-month training cycle, the number of Marines deployed will fluctuate “from a handful to 60 or 70,” Pentagon spokesman Bryan Whitman said.

The Marines have a history of training with the Georgians. Marine noncommissioned officers deployed to the Georgian capital of Tbilisi in the 1990s under NATO’s Partnership for Peace program. 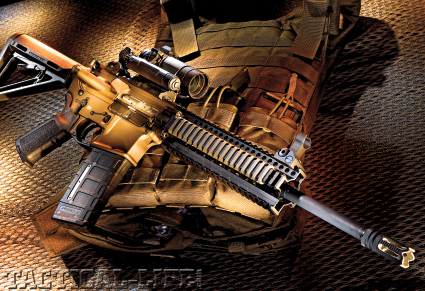 WASHINGTON– NATO has approved the idea of an intermediate military headquarters in Afghanistan, Pentagon…