WASHINGTON, Dec. 4, 2009 – Some 43 nations today vowed their support to help win the war in Afghanistan, a move that encouraged NATO’s supreme allied commander in Europe.

“This conference [with] 43 nations represented, led by Secretary General [Anders Fogh] Rasmussen, was extremely successful,” U.S. Navy Adm. James G. Stavridis said. “I’m really pleased to have seen the results of that, which were striking.”

Reports from NATO headquarters indicate at least 25 nations will send additional troops to Afghanistan. Stavridis, who also serves as the U. S. Commander of European Command, said he is very confident that at least 5,000 new NATO troops will be sent to Afghanistan, with several thousand more to be committed next year.

“This is very much an alliance effort,” Stavridis said. “After today’s conference with the foreign ministers, I’m extremely confident about where we’re headed in Afghanistan.”

The talks were held just days after President Barack Obama announced his strategy to win the war in Afghanistan. Part of the strategy revealed Dec. 1 was the authorization of an additional 30,000 U.S. troops.

That would bring the total number of U.S. troops in Afghanistan to 100,000. Most of the additional troops would arrive in country in the first part of 2010, the president said.

Obama said his strategy is aimed at reversing the Taliban’s momentum and will increase Afghanistan’s security capabilities over the next 18 months. A military counterinsurgency is only part of the strategy, though.

Other pieces include a civilian surge to improve the country, and an effective partnership with Pakistan.

The president got some reassurance today after calling for other nations to pitch in as he announced his strategy. 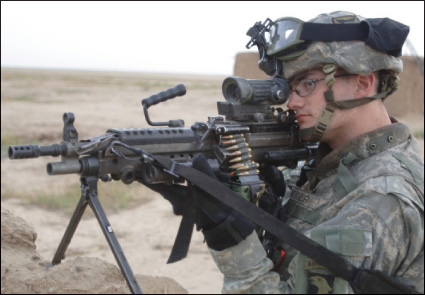