Operations underscored the need for a reliable backlit compass for use when executing critical missions. It became apparent in the early stages of the Global War on Terror in Afghanistan when soldiers had to routinely reference cardinal directions for tasks such as Close Air Support (CAS), adjacent unit coordination, and SATCOM antenna orientation that the current equipment available did not meet the needs of the Special Operation soldier.

The NavELite wrist-worn Backlit Magnetic Compass is a mission-enhancing piece of kit for the ground soldier; reducing nighttime operation signatures and adding to force protection. Thus, NavELite is pleased to offer this next generation, tactical, wrist-worn, magnetic compass for when survival counts. 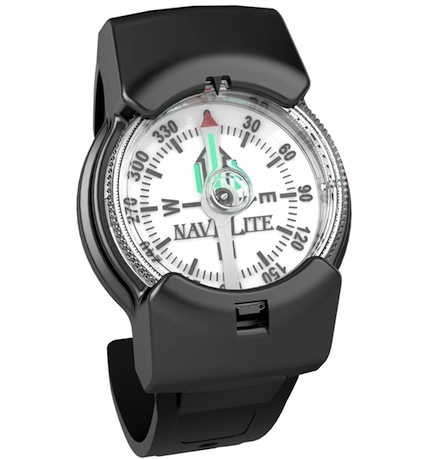 The wrist-worn Backlit Magnetic Compass from NavELite keeps correct magnetic orientation while providing an on-demand illuminated face to aid with orienteering and direction finding in low-light or no-light situations. This patented technology will allow soldiers in any military unit to acquire cardinal directions day and night with reduced night-time signature.

The BLMC can be purchased online at NavELite.com for a retail of $79.99..