“If we as a Navy are to remain dominant in this Information Age or Cyber Age, or whatever moniker you choose to put on it, I think that we have to take advantage of the new opportunities that exist, such as the vast stores of collected data — information and intelligence that often lie at rest, unrecoverable, unavailable and untapped,” Navy Adm. Gary Roughead, chief of naval operations, said during remarks at a Center for Strategic and International Studies-sponsored event at the Washington Hilton Hotel.

Because the Navy must capitalize on its ability to access, filter, analyze and then disseminate information to warfighting commanders for action in real time, Roughead said, it’s consolidating its intelligence directorate, communications networks and related information technology capabilities to form a single new organization: the deputy chief of naval operations for information dominance.

The reorganization is slated for completion by year’s end.

The Navy also is standing up Fleet Cyber Command, Roughead said, to be operated by the reconstituted U.S. 10th Fleet. The 10th Fleet was involved in efforts to thwart enemy submarines during World War II. The Air Force and Army also are standing up organizations that focus on information operations and network security.

Fleet Cyber Command will be a subordinate unit to U.S. Cyber Command, the formation of which was directed by Defense Secretary Robert M. Gates on June 23.

Cyberspace presents “a huge potential vulnerability for us because of our dependence on the electronic world for communications – for everything we do,” Gates said during a Sept. 16 speech at the Air Force Association conference at the National Harbor in Maryland. It is important, Gates said, for the Defense Department and the military services to integrate the different information technology and communications elements “from exploitation to defense,” to achieve unity of effort.

People are key in cyberspace, Roughead said, and that’s why the Navy is moving its information technology, intelligence, information warfare, oceanography and space cadre specialists into a new Information Dominance Corps.

Now numbering about 44,000 officers, enlisted members and civilians, the corps is slated to add 1,000 trained technicians in the near future, Roughead said. Military members will retain their current branches and skill ratings, he added.

The consolidation of information technology, communications, intelligence and other assets moves away from the Navy’s tradition of stove-piped organizations, Roughead said, which “have really caused us to sub-optimize our ability to aggregate combat capability and the movement of information in ways that can maximize the effectiveness of a fleet, of a unit or of an individual.”

Military officials have found that new technology has mitigated concerns that battlefield data collected by unmanned aerial vehicles and other methods in overseas combat zones would be overwhelming to commanders, Navy Vice Adm. David J. Dorsett, director of naval intelligence, told reporters at the Hilton after Roughead’s speech.

U.S. forces in Iraq and Afghanistan, Dorsett said, have successfully employed a series of tools that “enabled operational commanders, down to the brigade and, in several cases, the battalion and that type of level, to get large quantities of information.”
Another aspect of this tool set, Dorsett continued, involves systems that can rapidly “fuse, synthesize and make sense of this tremendous volume of data” by overlaying or sorting it according to the category of intelligence, such as technical- or human-based.

“That overlaying then provides clarity and leads to operations against adversaries, insurgents, terrorists,” Dorsett said, noting the system has been “very, very successful” over the past few years.

The Navy is working with other agencies to apply these proven information-technology tools in the maritime security environment, Dorsett said.

“We are using the Navy’s intelligence structure and the Navy’s oceanographers, overlaying information concerning how pirates operate – trends, activities, et cetera – with what the weather looks like over a period of time,” Dorsett said. That information, he added, is shared with U.S. partners to determine where anti-pirate forces need to operate.

“And, what we’ve seen is fairly significant successes in putting forces in the right place — really over the last few weeks – to counter pirates in their attempts to hijack ships,” Dorsett said. 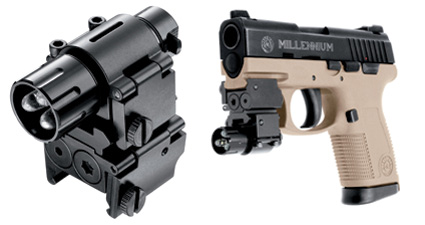 WASHINGTON, Oct. 2, 2009 – The Navy is merging its information technology, intelligence and…