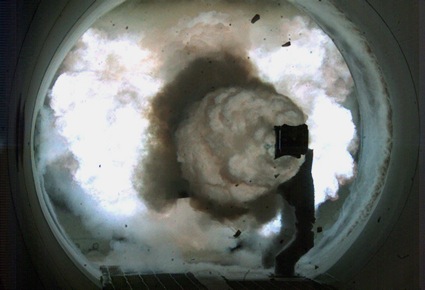 The Office of Naval Research (ONR) achieved a milestone Dec. 10 when it successfully conducted a world-record 33-megajoule shot of the Electromagnetic Railgun aboard Naval Surface Warfare Center Dahlgren Division.

“The 33-megajoule shot means the Navy can fire projectiles at least 110 nautical miles, placing Sailors and Marines at a safe standoff distance and out of harm’s way, and the high velocities achievable are tactically relevant for air and missile defense,” he said. “This demonstration moves us one day closer to getting this advanced capability to sea.”

Besides the extended ranges, the railgun also improves safety for Sailors and Marines because it will eliminate the need for a high-energy explosive warhead and traditional gun propellants. Removing explosives and chemicals will reduce the munitions logistic chain.

A megajoule is a measurement of energy associated with a mass traveling at a certain velocity. In simple terms, a one-ton vehicle moving at 100 mph equals a megajoule of energy.

In 2008, ONR conducted a 10-megajoule shot for media and visitors at Dahlgren. Today’s demonstration showed researchers are steadily progressing toward developing a gun that could hit targets almost 20 times farther than conventional ship combat systems. A 33-megajoule shot, for example, could potentially reach extended ranges with Mach 5 velocity, five times the speed of sound.

The Department of the Navy’s Office of Naval Research provides the science and technology necessary to maintain the Navy and Marine Corps’ technological advantage. Through its affiliates, ONR is a leader in science and technology with engagement in 50 states, 70 countries, 1,035 institutions of higher learning, and 914 industry partners. ONR employs approximately 1,400 people, comprising uniformed, civilian and contract personnel. 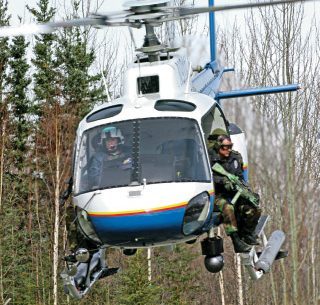 Michael Alan Silka and the Firefight at Manley