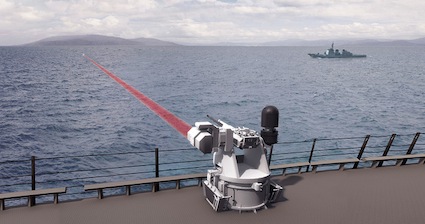 The Navy awarded the BAE Systems team an initial contract in March to build a demonstrator unit of the system. Boeing is a subcontractor to BAE Systems under this contract.

The Mk 38 Mod 2 Tactical Laser System couples a solid-state high-energy laser weapon module with the operational Mk 38 Machine Gun System. The addition of the laser weapon module brings high-precision accuracy against surface and air targets such as small boats and unmanned aerial vehicles. The system also provides the ability to deliver different levels of laser energy, depending on the target and mission objectives.

Boeing and BAE Systems have been working together for the past two years to develop this capability. In 2010, Boeing DES conducted two experiments in the field to demonstrate the system’s ability to track surface targets and maintain a laser aimpoint with high precision.
“The Mk 38 Mod 2 system is revolutionary because it combines kinetic and directed energy weapons capability,” said Rinn. “Our approach is an affordable solution for the customer, because this system can be integrated seamlessly into existing shipboard command interfaces.” 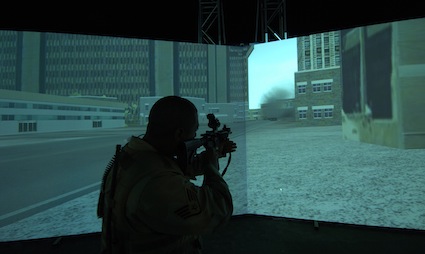