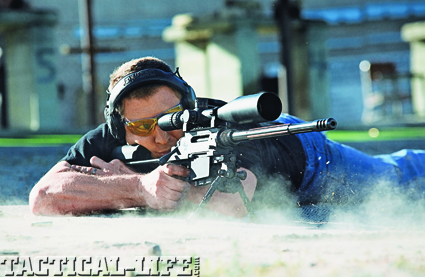 For many years, the .308 Winchester has been a major cartridge of choice for snipers. Combined with the Vanquish, the .308 Win. improves your odds for precise, long-range hits.

Since the American Revolution, our military has used the marksman, a sniper in today’s terminology, to great effect on the battlefield. It may not have been considered gentlemanly at the time, especially by the neat phalanxes of Redcoats who complained about the rebels fighting from behind concealment and cover like Indians, but the results would override any objections. By the American Civil War, the marksman was entrenched in the tactics of warfare with his properties of stealth and long-range accuracy. Enemies were no longer safe even far from the frontlines. Over time, the mission of the sniper has basically stayed the same, aside from also being tasked as a scout or observer because of his forward deployment, but there have been changes in both his methods and equipment. The most notable changes have been made to the sniper’s main weapon, the rifle. 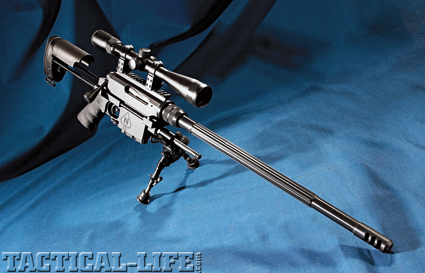 The Vanquish is a purpose-built rifle with all components tuned to provide the best function and accuracy. It may look stark, but it will bring out the best in the ammunition and the shooter.

The marksmen of the Revolution mainly used their personal firearms, most often hunting rifles, because they were more accurate than the military muskets of the day. Over the years, improvement to military arms has led to improvement in sporting arms and vice versa, to the point where the sniper’s rifle has usually been one of two types: either a sporting arm adapted to handle the rigors of the battlefield, or a military rifle modified to improve accuracy. Only towards the end of the 20th century did we see rifles that were purpose-built for use by the American sniper. I am not talking about the Remington 700s or the Winchester 70s, since these were sporting rifles at birth, but the larger .50-caliber rifles built by firms such as Barrett.

It is in this arena of modern weapons that Nemesis Arms has made a grand entrance with the manufacture of the Vanquish. The Vanquish is designed from the ground up as the ultimate mid-caliber weapon for the modern sniper. 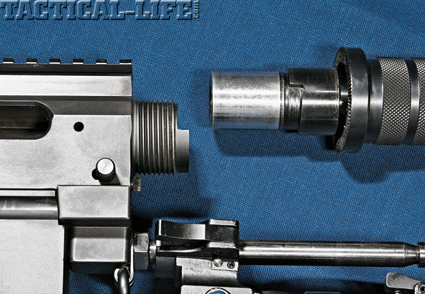 The barrel is a slip-fit into the receiver and then held in place by a threaded nut. The spring-loaded plunger, seen below the threads, assures everything stays together. 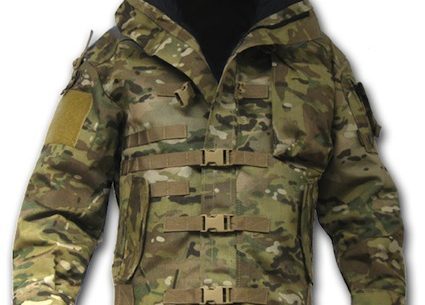 Offering a wide range of features, the Kitanica Mark I Multicam is a tactical...