The U.S. Army Contracting Command at Picatinny Arsenal, N.J., is in the process of ordering a set of Rock Phones, presumably for testing, according to a presolicitation notice posted online on May 18, 2010.

The Rock Phone system, developed by Ultra Electronics Maritime Systems (Dartmouth, Nova Scotia), uses magneto-inductive technology, which provides users a channel for signal, communication, guidance and navigation. The channel’s unique properties let it operate through any medium, including earth, rock, sea or urban structures. According to the company’s website, this capability is useful when the environment does not permit penetration by standard radio waves, such as into caves, mines, tunnels or large buildings.

Magneto-inductive technology can be used in applications such as data, voice, video, remote control of unmanned ground vehicles and robots, or any other scenario where wireless communications of analog or digital signals are involved.

The Rock Phone device is portable and can be carried in the hand or worn on a belt. Rock Phones can be interfaced with any voice radio system to provide the capability for re-establishing radio contact in areas separated by intervening line-of-sight obstructions.

Since nothing else seems to have worked, maybe the Rock Phone can help the U.S. military find Osama bin Laden, widely presumed to be hiding in the backcountry caves somewhere in Afghanistan. Picture squads of troops or remote-controlled robots, each armed with Rock Phones, dispatched into hundreds of caves and tunnels in the Hindu Kush being able to talk with each other underground.

Scott Dern, a contract specialist for the Picatinny Arsenal, declined a Homeland1 request to comment on the Rock Phone acquisition or to speculate on what the Army intends to do with them.

Be that as it may, homeland security personnel might find Rock Phone technology advantageous for enhancing rescue communications in the aftermath of an earthquake or a mine- or building-collapse disaster. 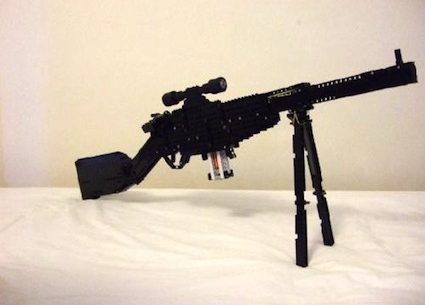 The U.S. Army Contracting Command at Picatinny Arsenal, N.J., is in the process of…