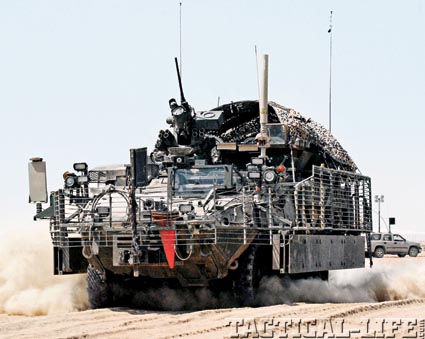 A U.S. Army Stryker vehicle on patrol in Iraq. The framework around the vehicle was added to provide extra structural protection against IEDs and roadside bombs. DoD photo

World War I introduced many new military technologies, but one of the longest-lasting and most pervasive developments is the armored personnel carrier or fighting vehicle, the foundation of mechanized warfare. Tanks with space for passengers appeared late in the Great War and carried troops into battle. In World War II, half-tracks and other converted armored vehicles proliferated in both Allied and Axis armed forces. After the war, the U.S. and Soviet armies developed specialized APCs, most notably the U.S. M113 and the M2 Bradley fighting vehicle series, and the Soviet BTR series of wheeled vehicles. All of these platforms have seen extensive combat service in conflicts around the world, from the Vietnam era to the present day.

The U.S. Army planned to replace its M113 and M2 with a new tracked vehicle design as part of its complex and expensive Future Combat Systems (FCS) program that would integrate literally dozens of platforms and weapon systems in a comprehensive digital command and control network. FCS developmental costs were just too high, however, and the Defense Department cancelled the program in 2009. The Brigade Combat Team (BGT) Ground Combat Vehicle (GVC), currently in preliminary development and slated for fielding in 2017, will be a 50-ton armored, tracked vehicle similar to the M2 Bradley but with several advanced command and control technologies and other features. The U.S. Marine Corps also is planning a Marine Personnel Carrier (MPC), a wheeled vehicle that will ultimately handle all troop carrying missions, but its introduction has been deferred at least until 2017 and budget constraints may delay it even more.

Both of these vehicles, while much lighter than main battle tanks, are still relatively cumbersome—they aren’t tailored to unconventional warfare, which requires quick deployment, high maneuverability and sufficient armor to protect combat troops. For that reason, both the Army, and the Marine Corps, which has traditionally focused on lighter forces that rely on rapid assault tactics, are utilizing other fighting vehicles that are more closely aligned to the requirements of today’s counter-insurgency combat environments. The Army’s Stryker fighting vehicle, introduced about a decade ago, and the Marines’ Light Armored Vehicle (LAV), in service since the mid-1980s, are the platforms that meet these ground force requirements. 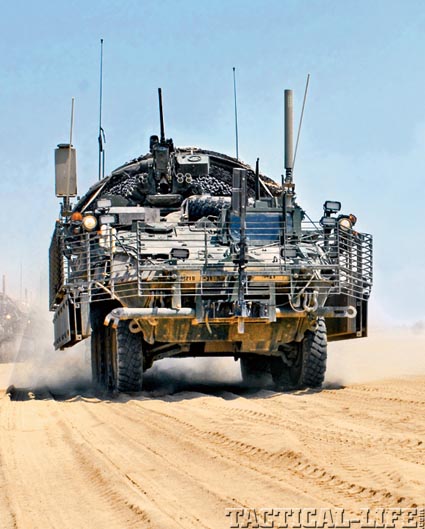 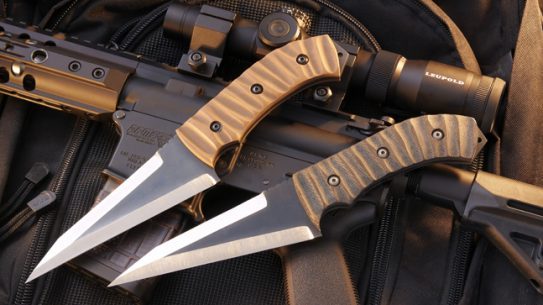