WASHINGTON, Oct. 1, 2009 – The adoption of a new U.S. missile defense approach does not represent a departure from earlier objectives nor was it influenced by U.S.-Russian relations, top Defense Department officials said today.

Like the old system that would have placed missile defense equipment in Poland and the Czech Republic, the proposal announced last month places priority on protecting the United States, American troops abroad and NATO allies on the European continent, Marine Corps Gen. James E. Cartwright, vice chairman of the Joint Chiefs of Staff, told lawmakers.

“Our recommendations are not a departure from the objectives,” he told the House Armed Services Committee, referring to what he called the three-layered approach.

As opposed to earlier plans to build ground-based components in Eastern Europe, defense officials have said a new sea-based approach is better suited to intelligence on Iranian threats and would provide protection sooner.

Some have interpreted this move away from the plan to place advanced radars in the Czech Republic and 10 ground-based interceptors in Poland as intended to gain political favor with Moscow, which vocally opposed the ground-based approach. But in her remarks to the committee today, Michele Flournoy, undersecretary of defense for policy, emphasized that the decision to alter the missile defense system’s architecture was aimed at better securing American interests.

“We certainly welcome Russian interest in the new approach, as well as potential Russian cooperation in sharing data from their radars. But this is not about Russia,” she said. “It never has been about Russia. Regardless of the Russian reaction, we will continue to do whatever it takes to ensure our security and those of our partners and allies.”

In December 2006, when intelligence suggested the development of Iran’s intercontinental ballistic missile was the foremost threat to the United States and its allies, Defense Secretary Robert M. Gates recommended to then-President George W. Bush that the United States adopt the ground-based approach.

But with current intelligence reports suggesting Iran is moving faster to develop its shorter-range missiles, Gates has said the new architecture better protects the United States and its European allies.

“The original program that I recommended would have had no capability against short- and medium-range missiles until probably 2018,” Gates said at a Pentagon news conference last month. “What the new system provides is some capability beginning in 2011 that will grow steadily each year in terms of its sophistication and its coverage of Europe. The next phase would begin in 2015.”

Gates — a former CIA director — said the new arrangement is preferable even if U.S. intelligence assessments that indicate Iran is more focused on developing short and mid-range missiles over long-range capabilities prove incorrect.

Flournoy amplified that position at today’s hearing, saying the previous configuration was based on threat information and technology that is now outdated.

“Circumstances have changed since then,” she told lawmakers. “First, the intelligence picture has evolved. And second, we have made major strides in missile defense technologies and capabilities in just the last few years. We are now in a position to put in place a far more effective missile defense system more rapidly than just a few years ago.”

An additional drawback to the previous plan was that ground-based interceptors designed to deal with no more than five enemy missiles at once were prone to being overwhelmed by a larger salvo fired simultaneously, Army Lt. Gen. Patrick J. O’Reilly, director of the Missile Defense Agency, told lawmakers.

“The previously proposed European defense architecture was insufficient to protect NATO and our forward-based forces, and provide redundant coverage of the United States homeland,” he said.

President Barack Obama’s announcement of the new program last month puts the United States on track for a four-phase missile defense program with the ultimate goal being a robust, interconnected, multinational system.

Deploying the Navy’s ships equipped with the Aegis weapons system to the region by 2011 drives the new plan’s initial phase. Their Standard Missile 3 interceptor has passed several tests in the past two years, and forward-position Army radar systems will support them.

This will give the military a smaller range of detection and protection, but is enough initially to protect U.S. troops and allies against Iran’s shorter-range missiles, officials said. 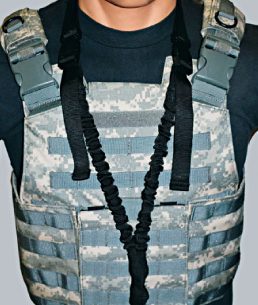 The most innovative tactical gear and accessories for October 2009.