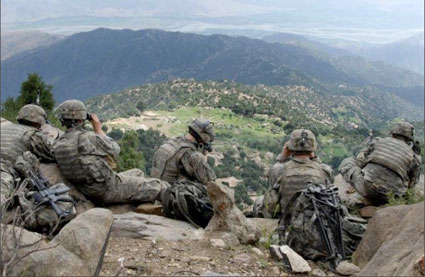 WASHINGTON- The new strategy in Afghanistan and Pakistan treats the area as an integrated theater of operations, the Defense Department’s policy chief said Tuesday.

Michele Flournoy, undersecretary of defense for policy, spoke of the Afghanistan-Pakistan strategy, dangers from Iran and detainees during a wide-ranging interview with the Defense Writers’ Group.

“We have to regard Pakistan and Afghanistan together, because each affects the other so profoundly,” Flournoy said. “That said, the strategy calls for different but integrated approaches in either country. In Afghanistan, we are pursuing — really for the first time — a fully resourced counterinsurgency strategy with military on the ground and civilian experts as well.”

In Pakistan, she said, the strategy has to be different, because the institutions are different. The Pakistani military is functioning and is going after the Taliban, and Pakistan has government institutions that Afghanistan lacks, she explained.

Flournoy stressed the integrated portion of the strategy. “When I say an integrated strategy, I mean the enemy doesn’t respect the border between the two nations,” she said. The Taliban and their allies travel back and forth across the border constantly, she noted, and problems on one side of the border affect the other side.

Still these are two sovereign nations and “our strategy on each side of the border has to be tailored to conditions and political situations in each country. In the end, the two pieces have to get together to make progress,” she said.

Part of the problem in Pakistan, Flournoy said, is that the country still is too focused on a perceived threat from India. India and Pakistan have fought three wars since the Pakistan was born in the 1947 partition of India, and the two countries still maintain forces facing each other in Kashmir. The Pakistani military is a conventional force trained for conventional warfare. “It’s now being used to conduct counterinsurgency operations,” Flournoy said. “To their credit, they have asked for help.”

The Pakistani military has asked for help in counterinsurgency training and different equipment, but it is going to take time to reorient the military, she said. The Pakistanis also realize the fight they are in against the Taliban in the northwestern provinces and the federally administered tribal areas doesn’t have a “military only” solution.

“The real issue is allowing the Pakistani government to be able to provide for the needs of the population in this area,” the undersecretary said.

The biggest growth in American assistance in Pakistan is on the nonmilitary side. This includes economic assistance, health reform, education reform and other aspects to enable the new Pakistani government to be more effective in filling the needs of the people, she said. “What we’re trying to do is assist them where we are able to because the stakes are so great for us,” Flournoy said.

And the people understand the threat. The attacks against cricketeers and others in Lahore “brought home the danger to the Pakistani people and Pakistani government like nothing before,” she said. “There is greater willingness to deal with this than ever before.”

Flournoy said the U.S. administration would love to see India and Pakistan re-engage in confidence-building measures and talk about Kashmir and other areas of difference.

“There is a lot they can do to lower tensions, and they had done a lot before the Mumbai attacks,” she said. “We would like to see that process restarted. That could go a long way to allowing the Pakistani military and the Pakistani government to focus on the most urgent existential threat they face, and that’s from within.”

When it comes to detainee affairs, she said, everything the government does must be governed by American values. “Mistreatment [or] abuse of detainees is never acceptable,” she said. “It’s deplorable, and it does not reflect the values of the United States and its military.”

President Barack Obama has banned use of torture, she noted, and has made sure that the policies, doctrine and training are clear so there can be no mistake about the issue. The president vowed to close the detention facility at Guantanamo Bay, Cuba, by January. Flournoy acknowledged it’s a challenging issue and said many people in the administration and on Capitol Hill are working through it.

Iran developing intermediate and long-range missiles is of concern to the United States “because of their interest in things nuclear,” Flournoy said. The Obama administration is presenting Iran with stark choices, she said: the country can continue down its current path, and that will lead to further ostracism, further sanctions, more distrust and possibly an arms race in the region, or it can take another path in which it rejects terrorism and rejects nuclear weapons.

“They could actually be on a path better for their own security,” she said. “They would be integrated into the region, having normal relations with others, being recognized as a culture with a great history and a regional power that deserves respect. It’s a very fundamental choice they have to make.” 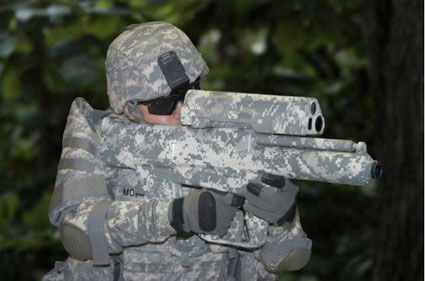