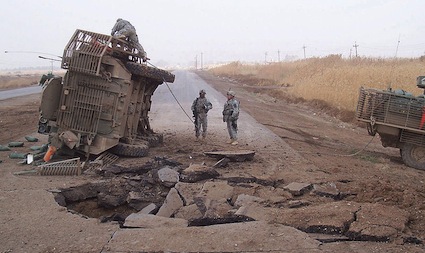 General Lee lies on its side aftrer surviving a buried IED blast in 2007. The Stryker was recovered and protected its Soldiers on more missions until another bomb finally put it out of action.
It happened on April 15, 2007, while conducting operations just south of the Shiek Hamed village in Iraq, the Stryker was hit by a deeply buried improvised explosive device. Source: Flickr

Newly designed Stryker combat vehicles used by Army brigades in Afghanistan resist bomb blasts that had routinely shredded other vehicles and the soldiers in them, according to military and civilian officials and documents.

Strykers with new V-shaped hulls were rushed to Afghanistan after two years in which the 5th Stryker Combat Brigade lost 37 soldiers and saw 239 wounded. In one attack in October 2009, a roadside bomb obliterated a flat-bottomed Stryker, killing seven soldiers.

Until this year, Strykers have had flat bottoms, which absorb the force of an explosion. The V-shaped hulls of MRAPs, which deflect the force of blasts, have been credited by the Pentagon with saving thousands of lives in Afghanistan and Iraq. The new Stryker, which has lower ground clearance than an MRAP, is outfitted with two, shallower V-shaped hulls.

The Army wants 150 of the new Strykers, which cost $2.3 million each, in service by the end of summer. It has orders for 450 of them. There are thousands of MRAPs in Afghanistan. 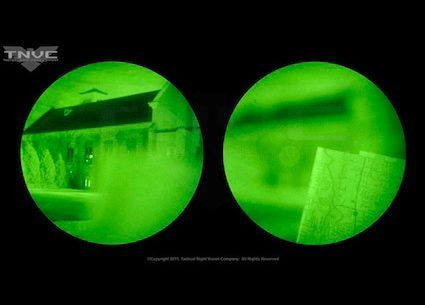 General Lee lies on its side aftrer surviving a buried IED blast in 2007.…