Imagine a rifle and its attendant training so good that Taliban forces have been forced to modify their tactics. The Designated Marksman program was officially implemented in 2003 by the U.S. Army and has been in high demand ever since. A Designated Marksman is trained to deliver precise, long-range rifle fire out to around 600 yards. Unlike a sniper, DMs maneuver with their squad as normal and can be tasked with long-range shooting and overwatch as needed. Much like the Combat-Lifesaver program, this additional training extends the ability within a squad. 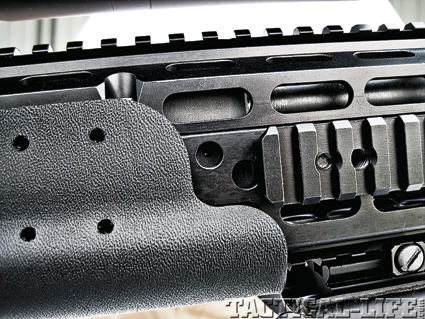 The operating rod guide block makes the M14 barreled action into a monolithic unit. This used to require extensive

As implemented, the Designated Marksman program and qualification calls for as-issue rifles, either an M16A2 with iron sights or M16A4 with optics. Effective long-range shooting is more about marksmanship and know-how than equipment. Issued M16s shooting 5.56mm ball are more than capable of getting consistent hits a half-kilometer away, but enhanced gear helps. Purpose-built M16-based Designated Marksman Rifles made by the Army Marksmanship Unit have been fielded with good results and help make getting those hits easier. 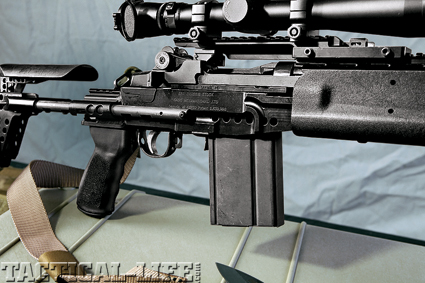 A potential problem, especially at extended distances, is the lack of “oomph” the 5.56mm cartridge offers. DMs are charged with engaging enemy targets out to 500 meters and standard-issue rifle ammunition might not cut it. Increasing to 7.62mm potentially affords greater range. It certainly hits harder. While training some of the first units deploying to Iraq in 2004 at Fort Hood, we had many soldiers assigned as Designated Marksmen being outfitted with M14s. While this took care of the power issue, these were simply rack-grade M14 rifles with a mix of aftermarket bolt-on bases and optics. 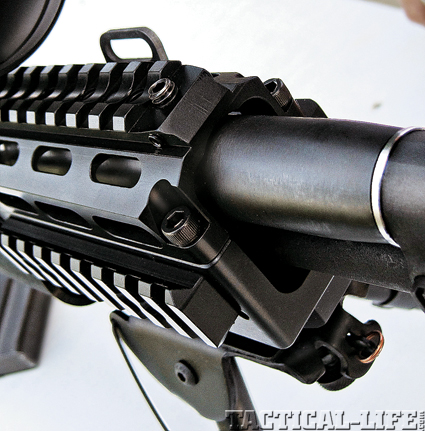