LaBarbera wanted a mask that honored both the U.S. and Canadian Armed Forces serving overseas. More specifically, he wanted one side of the mask to honor the late Pat Tillman; the defensive back for the Arizona Cardinals who left the NFL to enlist in the U.S. Army with his brother after 9/11, and who was killed by friendly fire on April 22, 2004, in Afghanistan.

The mask depicts Tillman and his brother in military gear, along with an image of Pat Tillman as a member of the Cardinals, who like LaBarbera’s Coyotes play in Glendale. 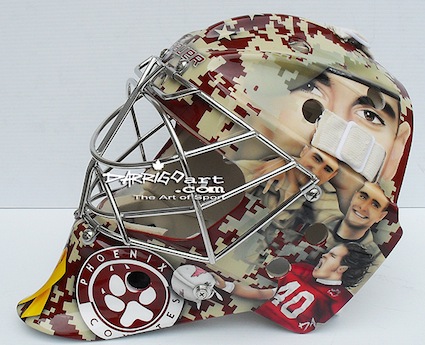 Phoenix Coyotes’ goaltender Jason LaBarbera chose to pay homage to stalwart Pat Tillman with his 2011-2012 goalie mask. The artwork and design was something that I pieced together over several days after some discussions with Labs.

Pat Tillman will live in on in our memories, I hope that this helmet assists with that in whatever facet possible.

Following Pat’s death in 2004, while serving with the U.S. Army’s 75th Ranger Regiment in Afghanistan, his family and friends established the Pat Tillman Foundation

The mission of the Pat Tillman Foundation is to invest in veterans and their families through education and community, I encourage you to visit their website and support their cause. 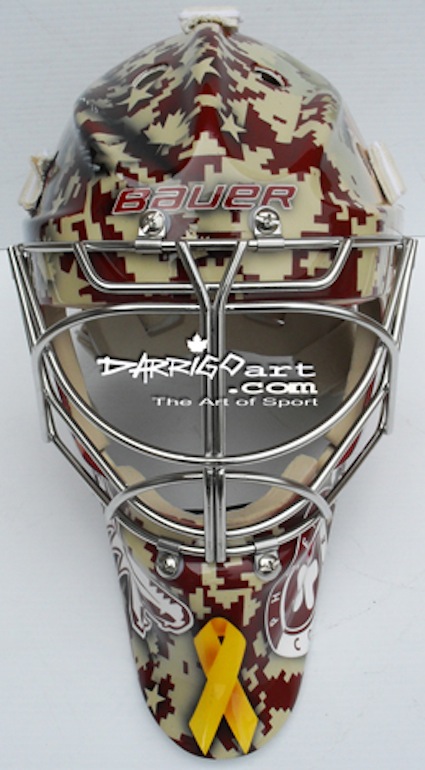