WASHINGTON, July 6, 2009 – When shouting isn’t enough to stop someone who poses a threat, nonlethal weapons provide an alternative to lethal force.

“They help minimize casualties and collateral damage across the full spectrum of military operations — everything from full-scale combat to humanitarian and disaster relief missions,” Hughes said during a July 1 webcast of “Armed with Science: Research and Applications for the Modern Military” on Pentagon Web Radio.

The nonlethal weapons program has been advising the services since 1996.

Hughes said nonlethal weapons are designed to incapacitate targeted people or equipment immediately while minimizing casualties and damage. They’re intended to have reversible effects, she added.

Alicia Owsiak, deputy chief of the program’s Technology Division, spoke about optical distracters, popularly known as “laser dazzlers,” which are used by servicemembers in Iraq and Afghanistan.

Optical distractors employ a green laser that can be used as a warning or distraction to give servicemembers at least one option to quell a situation before escalating force. They commonly are used at roadside checkpoints.

“The warfighter can actually shine the laser in an approaching vehicle’s windshield to hail, warn and even suppress vehicle drivers,” Owsiak said. “If the driver is an innocent civilian who just happens to be in the wrong place at the wrong time, this gives them a very clear signal, and will likely make them stop. But if that person … keeps coming at full speed … the warfighter then knows that the driver likely has malicious intent.”

Lasers are safe when properly employed from prescribed distances, Owsiak said. The programs tests extensively to discern the parameters under which nonlethal weapons can be used without causing irreversible injury, she said.

The program also involves modifying previously developed weapons, to prevent injury to civilians and U.S. troops, Owsiak said. For example, the Green Beam Dazzler III Custom — known as GBD-IIIC — one of the green lasers the services use, is being retrofitted to include a safety control module that will prevent inadvertent lasing by shutting off the system when the target gets too close to the user.

Hughes said optical distractors have been “extremely effective” in the field.

“Anecdotal reports suggest that fielded green laser devices have been extremely effective in providing a means for warfighters to engage personnel at significant standoff distances, allowing them to determine the intent of personnel before the warfighter comes in harm’s way,” Hughes said. “In cases where innocent vehicle drivers misunderstand or misinterpret initial signals and signs to stop or move away from a protected asset, using a green laser for unequivocal warning prevents further unnecessary escalation of force and saves lives.” 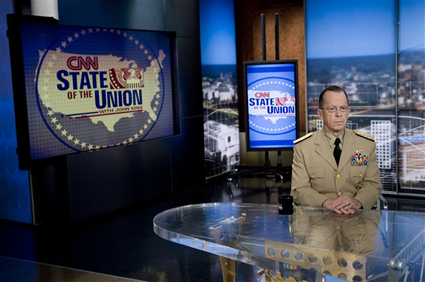 WASHINGTON, July 6, 2009 – When shouting isn’t enough to stop someone who poses…